In the World of Constitution Building in 2021 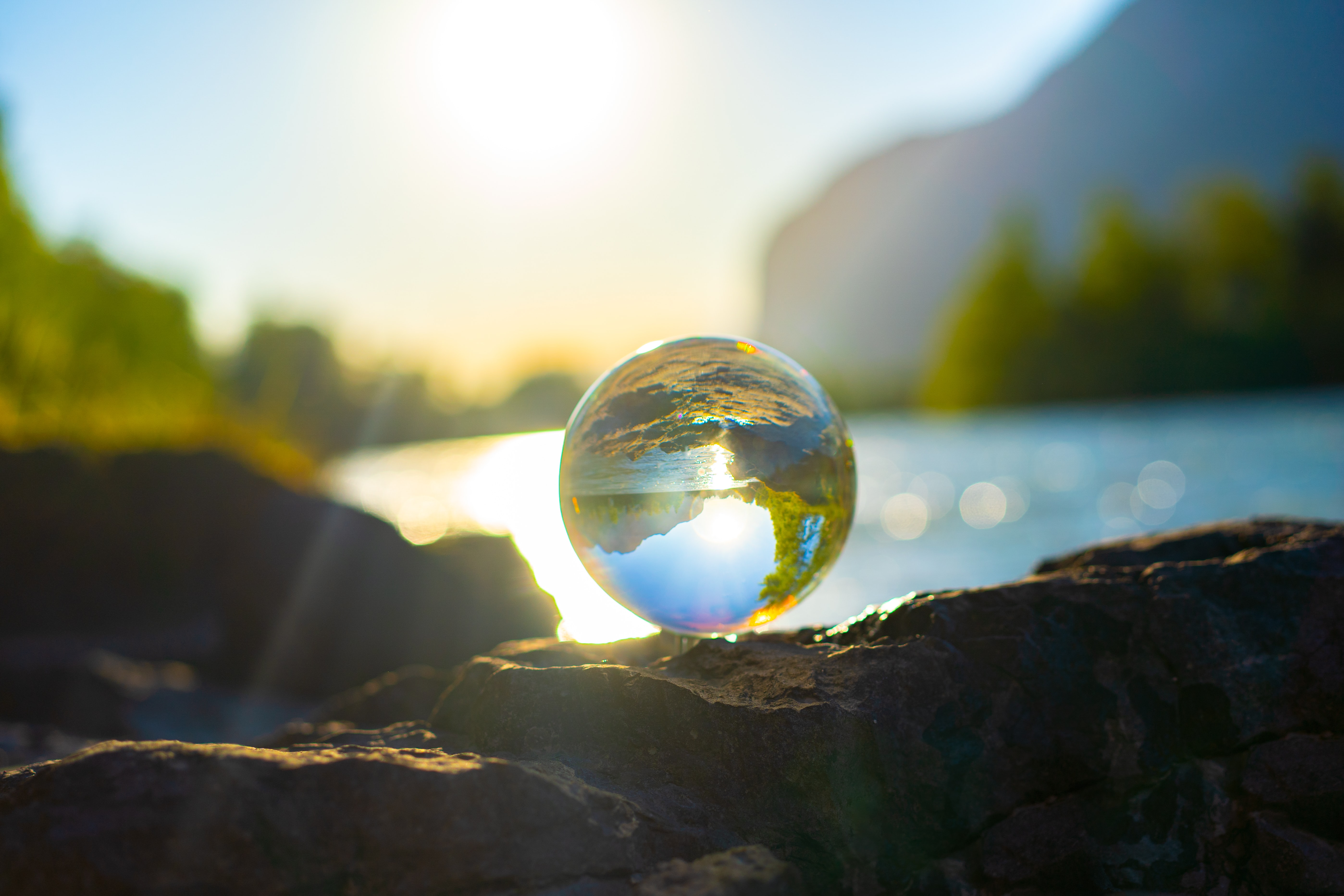 In 2021, the Covid-19 pandemic continued to saturate the political, economic, and social landscape, providing the backdrop for and affecting the nature and process of constitutional reform around the world. The Constitution-Building Programme of the International Institute for Democracy and Electoral Assistance (International IDEA) reported on these developments through ConstitutionNet, the only platform dedicated to generating, collating, and disseminating knowledge and updates on constitution-building processes worldwide.

Through our Voices from the Field series, ConstitutionNet invited local constitutional experts to evaluate the process and content of reforms in their respective countries. We published 34 original articles, expanding our coverage to approximately 120 countries since Voices was launched in 2013. Our regular news digests ensured comprehensive updates on the world of constitution building in 2021, bringing over 250 pieces of constitutional news to our readers.

Even though states strained to respond to the pandemic in 2021, the appetite for constitutional reform continued, seemingly unabated. This year, Kyrgyzstan approved a new constitution (shifting from a parliamentary to presidential system of government). Other countries passed significant amendments (e.g., Angola and Zimbabwe) or initiated reform processes (e.g., Luxembourg, Nigeria, Jordan, and El Salvador). The following sections analyse some notable trends and developments this year.

Chile’s constitution-building process is sure to generate insights that will inform future processes across the continent and beyond. Recognizing the importance of in-depth coverage for comparative constitutionalists, Voices initiated a series of articles exploring the process, substance, and dynamics of Chile’s Constitutional Convention.

The impetus for the Constitutional Convention arose from Chile’s 2019-2021 Estallido Social (social outburst): a series of mass popular protests against the rising cost of living, struggling pension funds, deficient health care, and a widening gap between rich and poor. Demands coalesced around a new constitution that would cure the ills of neoliberal policies entrenched during the Pinochet regime. A remarkable cross-party declaration came in November 2019 that promised a binding referendum on creating a new constitution within a year.

In October 2020, Chileans voted overwhelmingly in favor of drafting a new constitution via a fully elected constitution-making body. Particularly notable is that gender parity was baked into the design, and 17 seats were reserved for indigenous peoples. The May 2021 elections for Convention delegates further heralded a landslide victory for left and left-leaning candidates and independents, many of whom were prominent figures in the Estallido Social. Our first article in the series therefore analysed the potential implications arising from the momentous election of the highly representative but fragmented Convention.

The Convention’s processes embody the spirit that gave rise to its creation, with numerous mechanisms for public participation, including a digital platform accepting popular initiatives (with those reaching a threshold of 15,000 signatures from at least four different regions being discussed and voted on like a proposal from Convention delegates). Further, in monthly “territorial weeks”, delegates visit organizations and communities (including youth and indigenous communities) to discuss the Convention’s work and encourage public participation in the process. Civic education and buy-in generated from these endeavors may be crucial when it comes to approving the final draft constitution, which will be subject to a ratification referendum in 2022.

Experts in our series analysed the Convention’s (unusual) approval of five separate rules of procedure, debates around the voting thresholds for the rules of procedure and substantive provisions of the new constitution, issues relating to decision-making in the committees and plenary (including rules potentially hampering free speech), the innovative but problematic deadlock-breaking intermediate referendums, and the pros and cons of the Convention’s promise of wide-spread public participation. The Convention is on a tight schedule and must finish its work by July 2022. Our Voices series will continue to track its progress, and we anticipate articles covering the results of the extensive public participation initiatives, debates on the content of the draft Constitution, the process of harmonization, approval and, finally, the referendum that will decide the fate of Chile’s new constitution.

Throughout the year, significant upheaval put constitutionalism to the test. Covid-19 exposed and accentuated the social, economic, and political fault lines that were widening before the pandemic struck. International IDEA’s Global State of Democracy 2021 documented widespread erosion of democracy, backsliding, and increasing authoritarianism around the world. Declared states of emergency (e.g., in Tunisia and Haiti) led to the suspension of constitutional frameworks and constitution-building processes. In Guinea, Mali, Myanmar, and Sudan, transitions toward peace and/or democracy were ruptured by military coups (Chad, while not in transition, also experienced a military coup after the president was killed). These coups were precipitated by a confluence of various factors: military leaders afraid of the consequences of rapid democratisation, criticism of government handling of the Covid-19 pandemic, restrictions to democratic freedoms, disruptions to interim arrangement timelines, or allegations of corruption and electoral fraud. In Afghanistan, progress toward a transitional government was dashed when the Taliban returned to power in August. A central agitating factor, analysed on ConstitutionNet, was the Taliban’s rejection of the Constitution once regarded as the ‘crown jewel’ of the post-Taliban political transition.

The constitution-building trajectory of countries under junta rule in 2022 will depend greatly on the balance of military and political power, the nature and strength of regional and international pressures, and internal demands for reform.

Constitutional Manifestations of Values and Identity: Promise and Pitfalls

The sudden economic and physical insecurity caused by the pandemic may have contributed to the emergence of social narratives linked to national identity and recognition, which seemingly permeated constitutional reforms.

For Barbados, this meant severing colonial ties after independently weathering instability during the pandemic. As the prime minister explained, “The time has come to fully leave our colonial past behind . . . Barbadians want a Barbadian head of state. This is the ultimate statement of confidence in who we are and what we are capable of achieving.” After amending the constitution, on 30 November Barbados swore in its first non-executive president as the nation became a republic.

Other countries passed majoritarian, value-driven (and often symbolic) constitutional amendments, potentially threatening the inclusion and fundamental freedoms of vulnerable groups. The consequences of this may become apparent in the coming years. In Switzerland, following a 2009 ban on the construction of minarets, a popular initiative led to a constitutional prohibition against face coverings in public spaces (ironically during a time of Covid-19 facemask mandates). In the Czech Republic, supporters of constitutionally ensuring the right to self-defence with a weapon wished to safeguard a purported national value against the European Commission’s measures to restrict possession of firearms across the European Union. In Quebec, Canada, proposed constitutional amendments asserted (to the concern of the Anglophone minority) that “French shall be the only official language of Quebec. It is also the common language of the Quebec nation.”

In Honduras, the National Congress approved constitutional amendments to explicitly prohibit abortion and ban same-sex marriage. The amendments further introduced a higher voting threshold than that needed to reform a standard constitutional provision, intending to be a “padlock” against future legalization of abortion and same-sex marriage. It remains to be seen whether the newly elected (and first female) president of Honduras will succeed in realizing her campaign promise to legalize abortion in limited circumstances.

With continued volatility and unforeseen impacts of Covid-19, it is likely that popular demands for constitutional reform will arise throughout 2022. Coupled with this, civil society and the media will have a significant role to play in ensuring oversight, accountability, and solidarity to counteract democratic backsliding and constitutional reforms that may undermine the rule of law.

As we wrap up for 2021, the Constitution-Building Programme Team thanks our readers. We look forward to providing you with timely analysis of constitutional reform processes in 2022.

Sharon Pia Hickey is the editor of ConstitutionNet.