Right to self-defence with a weapon in the Czech Republic: an unloaded gun? 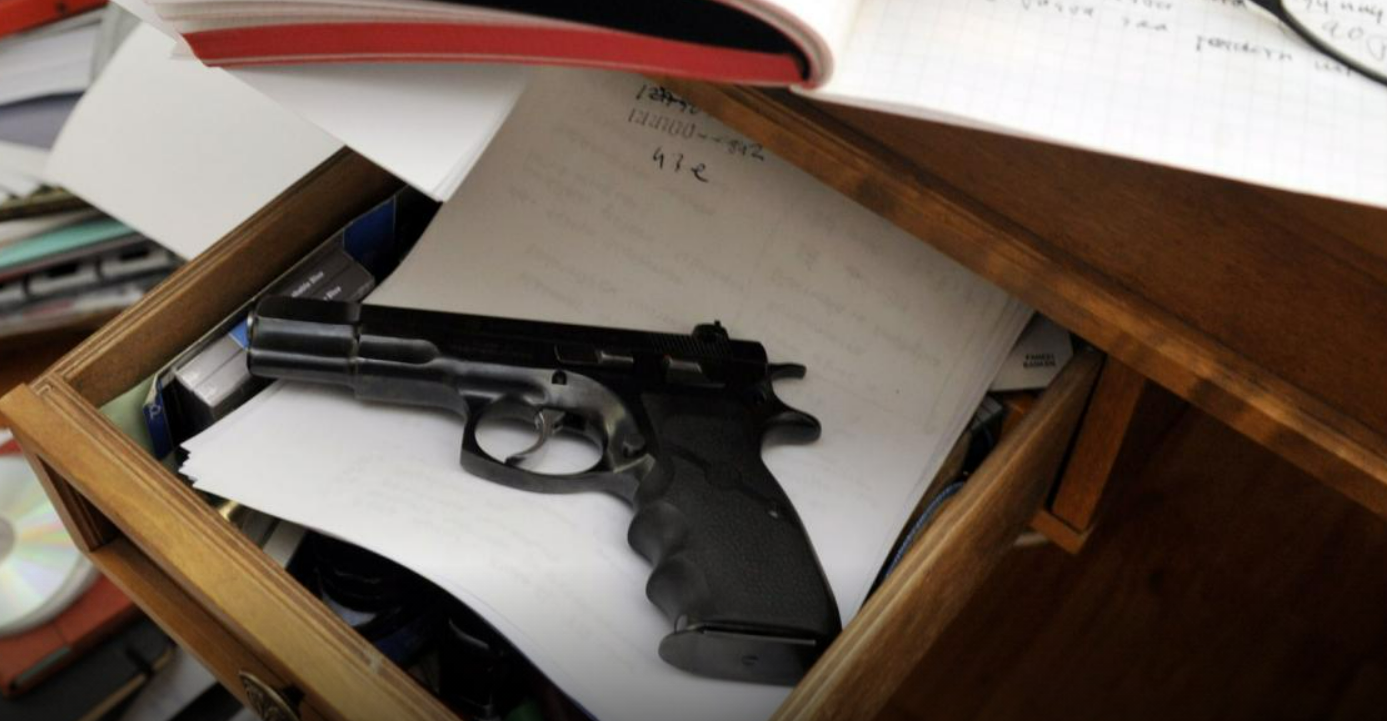 As of 1 October 2021, Article 6(4) of the Czech Charter of Fundamental Rights newly provides that “the right to defend one’s own life or the life of another person with a weapon is guaranteed under the conditions laid down by law.” This new wording, however, does not bring any change to the Czech legal order: it is not capable of preventing future legislative changes, nor can it strengthen the policy or legal position of the Czech Republic vis-à-vis the European Union. Metaphorically speaking, if the new constitutional provision were a gun, it would be an unloaded one – writes Assistant Professor Zuzana Vikarská.

The context of the constitutional amendment

The Czech Charter of Fundamental Rights has only been amended twice since its adoption in 1991. First, in 1998, the rights of detained persons were weakened when the period of detention without charge was increased from 24 hours to 48 hours. Second, in 2021, lawmakers introduced into Article 6 – protecting the right to life – a right to self-defence with a weapon.

Symbolic elevation to the constitutional level, no change whatsoever

The key argument in the explanatory report to the amendment states the following: “Given the importance of the right to life, which is the most fundamental right, as no other rights can be enjoyed without being alive, this proposal considers it correct to elevate [the right to self-defence with a weapon] symbolically to a constitutional level; this is also meaningful since people can invoke their fundamental rights by means of a constitutional complaint to the Constitutional Court.” The word ‘symbolic’ appears twice; it is used again when the proposal speaks of “a symbolic translation into the constitutional order of a moral principle that one should not flinch in the face of evil, but rather fight back actively.”

The change is merely symbolic, indeed. It is understood that the amendment of the Charter does not create a standalone right to bear arms, nor does it alter the Czech legal order in any other way. From a practical perspective, the amendment has not made it easier for anyone in Czechia obtain a weapon legally. The new constitutional guarantee is only provided ‘under the conditions laid down by law’, and the underlying legal regulation has remained unchanged. The Czech legal framework on firearms and ammunition is already rather liberal on the subject of lawful ownership of weapons. Unlike many other European Union member states, the Czech Republic recognizes in legislation the right to acquire, keep, and bear firearms once a person meets specified conditions for a firearms license (as of 2020, there were approximately 300,000 lawful gun owners in the Czech Republic). Also, the criminal code anticipates lawful self-defence, on condition that it is not extremely excessive. Self-defence with a gun, including using lethal force, has already been considered as justified self-defence in the Czech Republic. The new constitutional provision does not change either issue: neither the conditions of weapon possession, nor the conditions of lawful self-defence. This is also acknowledged by the authors of the amendment. Therefore, one should wonder: what is the point of the constitutional change?

Neither a reaction, nor an efficient prevention

The explanatory report states that the proposal ‘reacts to the current worries in the area of security’; yet, it remains unclear what worries are at stake, especially since the authors of the amendment consider the territory of the Czech Republic ‘relatively safe’, with ‘instances of individual violence.’

One of the key authors of the amendment stated that its aim is to prevent future legislative changes.

Thus, rather than reactive, the amendment seems to be precautionary. Senator Zdeněk Hraba, one of the key authors of the amendment, explained in a recent interview that the amendment aims to prevent future legislative changes which would turn the ‘good’ Czech regulation of weapons into a ‘bad’ one. As an example of ‘bad’ regulation, Hraba refers to the UK’s Offensive Weapon Act 2019 and mentions a case where a walking stick of an old man was considered to be a weapon and was confiscated by the British police. Yet, Hraba’s reference to the UK legal framework is misleading. There has been a case of a confiscation of a man’s walking stick but it seems to be an isolated incident which occurred more than a decade ago, long before the introduction of the Offensive Weapon Act to which the senator referred. Moreover, the incident happened at a public protest, i.e., in specific circumstances. Puzzlingly, senator Hraba states in the same TV interview that the Czech Republic should, in fact, introduce legislation restricting the possession of weapons at public protests and gatherings. Therefore, the ‘comparative argument’ is deceptive and the concern that Czech people could be deprived of their right to use a walking stick (or to own any item that could be used in self-defence) is unfounded.

Another example mentioned by Senator Hraba is a case of a Czech taxi driver who was attacked by a client and who defended himself with an unlawfully held weapon. While his self-defence was not excessive, the taxi driver was still criminally prosecuted for the unlawful possession of the weapon. Hraba articulates his argument as follows: “if it ever becomes unlawful to carry any type of weapon, including a knife, a tonfa, or a walking stick, then you can legally defend your life in a situation of self-defence, but you will still be sanctioned for carrying something that is prohibited by law.” Still, the new wording of the Charter does not address this concern. First, Hraba’s example of a complete prohibition of weapons remains hypothetical: there is no sign of such legislative intent. Second, even if the legislature opted for a more restrictive regulation of weapons possession, the newly introduced provision of the Charter would not prevent legislative change. Even a complete ban on firearms could still be in line with the new constitutional provision. The amendment therefore does not seem to be capable of serving any of the aims presented by its supporters.

Despite enjoying wide-ranging support in both chambers of the Parliament, and despite the endorsement by the government, the constitutional amendment has also been criticised by various stakeholders. Senator Adéla Šípová has called the change “useless and unsystematic”, while the vice-president of the Senate Jitka Seitlová also considers it useless, and even dangerous to symbolically reinforce the societal use of weapons. The Dean of the Masaryk University’s Faculty of Law, Martin Škop, does not see any legal relevance of the amendment but welcomes the fact that the Parliament is open to adding new rights to the Charter. Political scientist Jiří Pehe considers the amendment a purely political statement and labels it as “the most useless legal act of the Senate ever.”

Fighting the EU with an unloaded gun?

That brings us to the elephant in the room. The debate leading to the constitutional amendment was triggered by the Czech discontent with the EU’s trends towards disarmament and initiative to regulate the ownership of firearms. This has been acknowledged by senator Martin Červíček, the main initiator of the amendment. In the wake of the 2015 Paris terrorist attacks, the EU Commission moved swiftly to limit firearms throughout the Union. The Czech government challenged on various grounds this amendment of the EU Firearms Directive but the EU Court of Justice dismissed the action in December 2019. In the abovementioned interview, Hraba seems to be quite sure that the Czech Republic lost this case because the right to defend oneself with a weapon was not yet regulated at the constitutional level. That, however, is not true.

As follows from the well-established case law of the European Court of Justice, EU law trumps not only ‘ordinary’ national law, as the Court ruled in Costa v ENEL, but also norms of the constitutional order, as was stated in the famous judgment in Internationale Handelsgesellschaft back in 1970. Even if the Czech government managed to persuade the Court of Justice that the possession of arms is a matter of Czech national identity (which it failed to do in the abovementioned litigation), that would not automatically lead to the ‘victory’ of the Czech provision over the requirements of EU legislation. Constitutional expert Jan Kysela criticised the idea back in 2017 and added more recently that the new constitutional provision is also unable to strengthen the Czech position vis-à-vis the EU.

The authors of the constitutional amendment have called the new provision ‘a shutter’, i.e., a safety provision that should limit the future options of Czech lawmakers as well as prevent the impact of possible future acts adopted by the EU. Yet, it is quite clear that the provision is not able to fulfil either of the two promises. It remains to be seen whether the Czechs ever try to defend themselves with this metaphorical gun, only to find out that it was never loaded.

Zuzana Vikarská teaches constitutional law at the Masaryk University in Brno and EU Law at the Palacký University in Olomouc. She serves as a part-time judicial law clerk to Katerina Šimáčková, member of the Czech Constitutional Court. Zuzana studied law in Prague, Leuven, and Oxford, and has gained practical legal experience in the Council of the EU, the Court of Justice of the EU, as well as in the Czech legal practice.