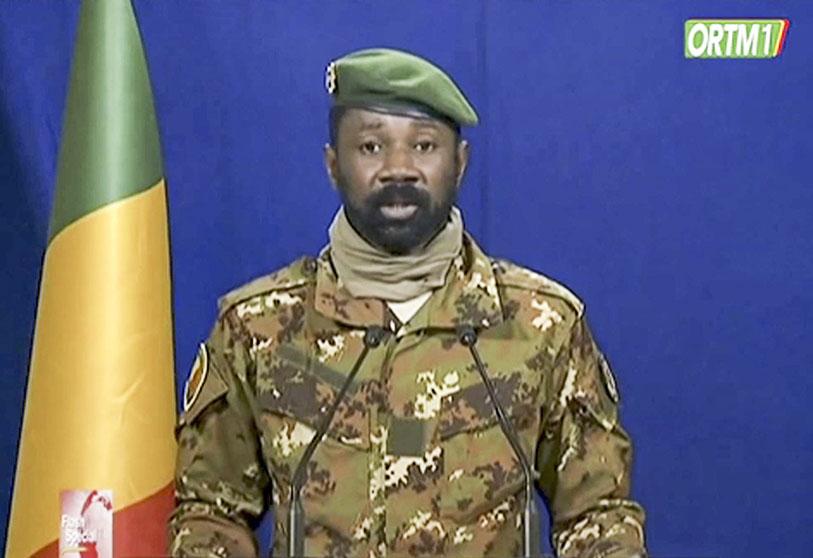 Colonel Assimi Goita, leader of Malian military junta (photo credit: ORTM TV via AP)
Mali's constitutional court has named the leader of the country's military coup, Colonel Assimi Goïta, as its transitional president. Col Goïta had already declared himself interim president on Wednesday, two days after seizing power in Mali's second coup in nine months. He also led the first coup last August, which saw the elected President Ibrahim Boubacar Keïta forced out of office. The court said Friday's decision was due to the "vacancy in the presidency". On Monday, the two men tasked with steering the country back to civilian rule, interim President Bah Ndaw and Prime Minister Moctar Ouane, were detained by soldiers. Col Goïta said that both men had failed in their duties and were seeking to sabotage the country's transition. They were released on Thursday after resigning. Friday's ruling by Mali's constitutional court stated that Col Goïta should take on the responsibilities of interim president "to lead the transition process to its conclusion".
Read the full article here: BBC