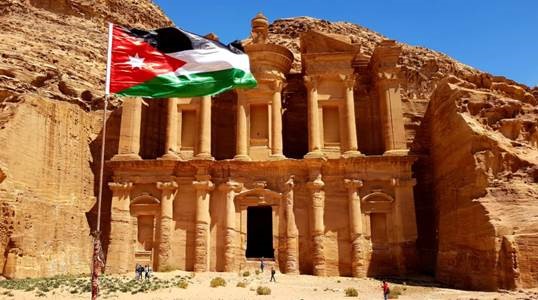 Jordan’s King Abdullah II has ordered the formation of a Royal Committee to Modernize the Political System. The mandate of this appointed 92-member body includes drafting election and political parties laws and considering constitutional amendments connected to these laws. Nevertheless, it is unlikely that this tactical push will result in any fundamental changes to the current political system, and there remain other more salient issues that truly warrant modernization - writes Sufian Obeidat.

On 10 June 2021, King Abdullah II ordered the formation of an appointed body, the Royal Committee to Modernize the Political System. The Jordanian Constitution provides for a parliamentary system of government with a hereditary monarchy headed by the King who is immune from any liability and accountability. The King bears on executive power through a cabinet he appoints, and which is collectively accountable to an elected parliament. In practice, the King exercises government powers in a manner whereby the checks and balances in place within the constitutional framework are sidestepped.

As previously analyzed on ConstitutionNet, in 2016 King Abdullah II formalized his dominant powers by ordering constitutional amendments that granted him the sole power, without any countersignature by the prime minister, to appoint the Speaker and members of the Senate, Chairman and members of the Constitutional Court, the Chief Justice, the commander of the army, and the heads of Intelligence and the Gendarmerie.

Thus, constitutionally and realistically, the parliamentary monarchy was converted into a presidential monarchy where the King controls the army and security bodies, which have the lion’s share of the state’s budget, appoints the cabinet, and orders parliamentary elections at his whim.

With the absence of genuinely policy-based political parties within the fabric of the political system and with the security, military and the extensive staff in the royal palace reporting only to him, the King disabled the constitutional system of government to introduce a unique one reduced to two levels: that of the authority, embodied in the King with his tools of government, and that of the public.

This is the fourth time that the royal palace has formed a committee for political reform in thirty years.

This authority runs all the external and internal affairs of the country, deciding policy, including foreign policy, conducting high-level military and intelligence cooperation with allies in the region and overseas, and controlling all aspects of local administration. For all practical purposes, the King seems to be the only political player in the country, and the political system appears to operate without politicians.

Against this backdrop, the Royal Committee’s mandate is to draft electoral and political parties laws by November 2021, which will then be presented to the government and voted on by parliament. This is the fourth time that the royal palace has formed a committee for political reform in thirty years. While those committees existed in different contexts with diverse players of different legacies, the products of the first three committees – including recommendations, reports, and proposed laws – were shelved. Likewise, it is unlikely that this new, tactical push will result in any fundamental changes to the current political system.

Following popular outrage in 1989, the late King Hussein decided to reinstate parliamentary elections after a halt of more than twenty years. The Royal Commission for Drafting the National Charter was formed in 1990 to draft guidelines for political parties’ activities. The Commission was chaired by a former head of intelligence and prime minister; it comprised 60 members representing all political groups in Jordan. The charter was produced and adopted in 1991 at a national conference in the presence of King Hussein and 2,000 Jordanians who attended by invitation.

King Abdullah II succeeded his father in 1999, and in 2005 he formed the Steering Committee for the National Agenda. This time, the aim of the committee was to draw up guidelines for policy-making in the coming 10 years. The chair of the Committee was the first Jordanian ambassador to Israel. The 26 members of the committee included a former prime minister, ministers, senators, members of parliament, activists, academics and businesspersons. The Committee formed subcommittees for various subjects and presented its wide-ranging recommendations after nine months, but these were never implemented.

Amidst the so-called Arab Spring in Jordan, and under public pressure for political reform, King Abdullah II in 2011 ordered his cabinet to form the National Dialogue Committee. The Committee was tasked with proposing new electoral and political parties laws. The Speaker of the Senate, and a former prime minister, chaired the committee. The 52 committee members were selected in an attempt to represent all political groups and orientations in the country. During the life of the committee, 16 members resigned in protest at a reported crackdown by security forces against activists in one of the capital’s public squares. The Committee was given three months, which was permeated by a few withdrawals, to deliver its recommendations. The Committee’s recommendations for a new election law were never implemented.

Preparing for his forthcoming visit to Washington, the King entrusted the chairpersonship of the latest Royal Committee to a former prime minister, who led two cabinets between 2009 and 2011. In his first tenure, he invented a unique and controversial electoral law, which was infamously called “the law of virtual electoral districts”. In late 2010, elections were held under this system producing the parliament of virtual districts. The same prime minister formed a new government, which received 111 of 120 votes of confidence from the new virtual parliament. Within three months, anti-government protests forced King Abdullah II to dismiss the prime minister and his cabinet and ordered a new prime minister to carry out immediate political reforms.

The King has now entrusted the virtual districts pioneer, whom he had sacked under popular protests, with chairing a 92-member royal committee to modernize the Jordanian political system. The members were selected from – as late King Hussein liked to say – “all walks of life”; men and women, Eastern-Jordanians and Palestinian-Jordanians, Islamists and secularists, those in with the mainstream and those vocally against it, and ex-military and security members.

According to the royal letter sent to the Chairman of the Committee, the mission of the Committee is to produce a new draft electoral and political parties laws; review the potential constitutional amendments connected to the draft laws and with the mechanisms of parliamentary work; and provide recommendations for legislation regulating local administration, “expanding participation in decision-making, and creating a political and legislative environment conducive to the active engagement of youth and women in public life.”

As it stands, the Jordanian Constitution provides for a parliamentary system of government, free elections, and the right to form political parties. Laws could be easily amended and modernized in accordance with the constitutional provisions. To modernize the political system, the King needs to reverse the 2016 amendments to the Constitution, as these impede the progress of the political system towards modernity. Modern political systems do not allow monopolization of all powers and capabilities of a country in the hands of one person, without any accountability or liability.

Since his accession to the throne in 1999, King Abdullah II has not taken any steps to cede part of his authority to parliamentary governments…

Since his accession to the throne in 1999, King Abdullah II has not taken any steps to cede part of his authority to parliamentary governments; to the contrary, he has consolidated his powers through successive constitutional amendments, and through the security sector’s grip on political life and freedom of expression.

What, then, is the real motive behind “modernizing” the electoral and political parties’ system?

Jordanian parliamentarian life is a mere façade of democracy. The King promotes symbols of democratization without any substance while actual policy and decision-making lie in his hands and his tools of governance. Elections are no more than an arena of communal conflicts and a feverish race for privileges, immunities and the illusion of authority. Participants in this race are communal parties rather than political parties.

Jordanian community is comprised of a variety of Islamists, secularists, liberals, conservatives and leftists, etc. Lamentably, those are vertically divided into, and reduced to, two blocks: Eastern-Jordanians and Palestinian-Jordanians. Each division has its grievances, but neither is part of policy- and decision-making.

Geographical areas inhabited by Eastern-Jordanians are overrepresented in terms of their assigned seats in parliament. On the other hand, big cities that are inhabited by a majority of Palestinian-Jordanians have a disproportionate number of seats when compared with the size of their respective populations.

Furthermore, Eastern-Jordanians comprise the vast majority of the army and security apparatuses. They believe that they are economically aggrieved and view their position in the regime institutions as a source of empowerment. This division has resulted in a subtle yet undeniable identity conflict.

However, regardless of the validity of such grievances, and the fact that only a small minority from either side would benefit from privileges of sharing ostensible powers in a façade of democracy, this does not appear to be of concern to King Abdullah II.

The King is now tactically yielding to the U.S. Administration.

The King, who apparently is not willing to relinquish any part of his powers and subject his tools of governance to a parliamentarian system of government, is now tactically yielding to the U.S. Administration. As his main ally, as well as financial and military supporter, the U.S. has constantly urged the King to put forward an electoral law that realizes a fair representation for Palestinian-Jordanians, potentially in the form of quotas.

Whilst the motive behind modernizing the political system is tactical, this is not to say that the Jordanian electoral system is fair or without any need for reform. Moreover, introducing a quota system to the electoral law under the disguise of reform and fairness would only further weaken the already feeble social and political fabric.

A serious modernization of the political system should start with the reversal of all constitutional amendments that have caused it to regress. Only then could a genuinely progressive political parties’ legislation in conjunction with a fair electoral system be put forward: one that promotes partisan life based on political ideas rather than identity politics.

Sufian Obeidat is a Jordanian lawyer, arbitrator and the President of the Arab Association for Constitutional Law. He practices before Jordanian courts and arbitration tribunals. Sufian also researches security sector and constitutional reforms.