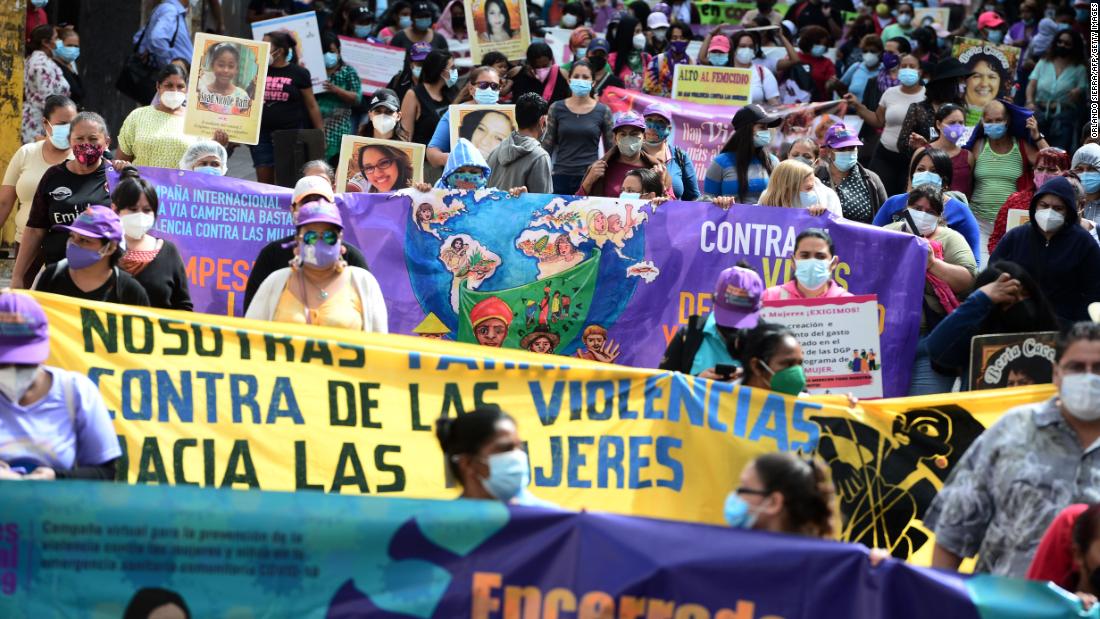 On 28 January 2021, the Honduran National Congress approved constitutional amendments that explicitly prohibit abortion in the country and define marriage as “between a man and a woman”. The amendments further introduce a higher voting threshold than that needed to reform a standard constitutional provision. Intended to be a “padlock” against future legalization of abortion and same-sex marriage, the amendments present clear signs of unconstitutionality, and bring about an important debate about the process of constitutional reforms in the Honduran constitutional system – write Rafael Jerez Moreno and Juan Carlos Aguilar Moncada.

Honduras entered 2021 with unresolved corruption scandals regarding procurement procedures during the Covid-19 pandemic and with a decisive general election in sight. The current weakness of the democratic system has had four major inflection points throughout the years, starting with the 2009 presidential coup ousting President Manuel Zelaya, followed by the illegal dismissal of four Supreme Court Justices in 2012, and a Supreme Court of Justice decision allowing a presidential re-election in 2015, which  contributed to the 2017 general election political crisis. Against this background, Honduras scored poor on democracy indicators and corruption levels in 2020 according to the Transparency International Corruption Perceptions Index and The Economist Intelligence Unit Democracy Index. And, hence, the 2021 electoral cycle has an important significance in relation to the democratic and constitutional system.

Abortion: the case of Honduras

Honduras is one of four Latin American countries in which abortion is banned without exceptions (the others are El Salvador, Dominican Republic, and Nicaragua). Until 24 June 2020, the Honduran Penal Code prohibited abortion, defined as “the death of a human being in any stage of pregnancy or during birth”. Abortion is punishable by imprisonment of three-to-six years for a woman convicted of intentionally having an abortion, and up to ten years for health care professionals or anyone else convicted of carrying out an abortion (with longer sentences for abortions carried out without a woman’s consent or involving violence, intimidation, or deception). The legislation included monetary fines for health care professionals who performed or facilitated an abortion. Since 25 June 2020, a new Penal Code came into force that increased fines imposed on health care professionals to between 20 lempiras to 5,000 lempiras ($ 0.04 to $ 208.1) per day based on a new system of fines.

Women’s lack of access to abortion and emergency contraception is rooted in a wider background of violence.

According to Rashida Manjoo, former U.N. Special Rapporteur on Violence Against Women, its Causes and Consequences, gender-based and sexual violence in Honduras is “widespread and systematic.” Women’s lack of access to abortion and emergency contraception is rooted in a wider background of violence, deep patriarchal attitudes, and the “pervasiveness of a machista culture that reinforces stereotypes about the roles and responsibilities of women and men in the family, in the workplace and in society.” The number of femicides – intentional gender-based killing of women – is startlingly high in Honduras: the Observatory of Violent Deaths and Femicides of the National Autonomous University of Honduras (UNAH) registered 5,730 deaths of women through homicide between 2005 and 2018. In 2018, every 22 hours and 30 minutes a woman lost her life violently.

According to the Honduran Center for the Rights of Women (CDM), 13,692 women sought aftercare for abortion or miscarriage in public hospitals in 2013, including 102 girls aged under 15. This equates to approximately 50,000 and 80,000 abortions each year. Despite this considerably high number and the prohibition on abortion, between 2010 and 2014 only 14 cases of abortion were prosecuted, and from these, one ended in a conviction.

While abortion is already prohibited in the Penal Code, on 12 January 2021, Mario Perez, the Secretary of the National Congress, introduced a proposal to Congress to explicitly ban abortion in the Constitution, a step up from the original constitutional text that stated “The unborn will be considered born for everything that favors him within the limits established by law”. The move was supported by the President’s ruling National Party, and backed by religious leaders. In a televised public consultation prior to the vote, president of the National Congress, Mauricio Oliva, stated that the amendment would prevent Honduras following “in the footsteps of evil” of countries that had legalized abortion, alluding to the “green wave” movement to legalize abortion across Latin America.

Once it was introduced to the plenary of Congress, the amendment surprisingly extended its reach. Congress also reformed article 112, which regulates and defines marriage, including prohibiting same-sex marriage. The amended article included the same three-fourths vote provision and forbids future amendments intended to abolish the prohibition. The amendment was also ratified on 28 January 2021, with 90 votes in favor.

The amendments were denounced by United Nations human rights experts as violating human rights standards. Organizations such as Amnesty International and  Human Rights Watch called it an attack on the sexual and reproductive rights of women and girls and an attack against marriage equality. Following the amendments, young women in particular began mobilizing, with women’s rights groups and protestors planning to challenge the anti-abortion amendment in the Supreme Court.

Certainly, the new provisions do not correspond with the lived reality of women and members of the LGBT community in Honduras. Even though Honduras has ratified the American Convention on Human Rights, the amendments do not take into account the Inter-American Court of Human Rights’ interpretation on the point at which an embryo is considered a human being and its Advisory Opinion regarding gender identity and same-sex marriage. In this sense, the decision adopted by Congress did not comply with the Honduran Constitution’s monist principles (article 16), and declaration that in the case of conflict between the treaty law and domestic law, the former shall prevail (article 18). Specifically, the Constitutional Chamber of the Supreme Court of Justice stated in three rulings (AA-0406-2013, RI-1343-2014, and RI-0243-2015), that Honduran judges must consider the treaties and conventions approved by Honduras as fundamental laws, and as part of the constitutional obligations applicable in the domestic legal system. Additionally, the Court expressed that all decisions issued by the Inter-American Court of Human Rights are applicable to Honduras (not just those cases in which Honduras is part of the litigation), for the purpose of strengthening human rights protection in the country. Therefore, as the Honduran State exercised self-determination in joining the Inter-American Human Rights System, and through the rulings of the Supreme Court of Justice, the constitutional amendments approved by Congress are in contravention of its constitutional and international obligations to protect and guarantee human rights according to international principles.

The amendment established a double lock-in. The first regarding the three-fourths threshold to reform the new prohibition for abortion and same-sex marriage. The Constitution already contained rules to amend its provisions. Articles 373 and 374 outline that to pass a constitutional reform, the proposal needs two-thirds of the total votes in Congress, and it should be ratified by the subsequent legislature to take effect. Once elected, each Congress has a four-year term, with four legislatures, each starting January 25 and ending October 1. The Constitution states that provisions related to the form of government, presidential term, and the presidential re-election prohibition cannot be amended.

The only cases in which the Constitution already demands a three-fourths majority vote are to impeach the President, and to approve an international treaty signed by the President. The increased voting threshold approved by Congress to prohibit abortion and same-sex marriage adds to the existing prohibition of both in the Penal Code and the Family Code, and the current prohibition against same-sex marriage in article 112 of the Constitution. The amendment prohibition clause against future reform and a higher constitutional amendment voting threshold are therefore disproportionate and do not have a solid legal reasoning.

The super-majority vote threshold is not the only unjustified limitation. Amended articles 67 and 112 stipulate that their content “may only be amended by a majority of three-fourths of the members of the Plenary of the National Congress, its provisions will not lose force or cease to be fulfilled when it is supposedly repealed or modified by another constitutional precept. The legal provisions that are created after the validity of this Article that establish otherwise will be null”. Essentially, this prohibition is not just a limitation that Congress imposed on itself, but also a prohibition on the constituent power in scenarios where a new Constitution is created. One of the main principles of the Honduran constitutional system is the State’s organization based on popular sovereignty, on which the three powers of state (Executive, Judiciary, and Legislature) are built. As a constituted power, Congress cannot establish a future prohibition to the sovereign, represented through a national Constituent Assembly, to create the rules through which the State’s future organization will be determined.

Congress cannot establish a future prohibition to the sovereign.

The Constitution and the Constitutional Justice Law provide for appeal against laws and general norms that violate constitutional precepts. It would be difficult for impacted women and members of the LGBT community to successfully challenge the laws based on the argument that the amendments violate protected human rights, because the Honduran legal system already prohibited abortion and same-sex marriage. But, it could be possible for a Congress member to challenge the amendment alleging unconstitutional curtailment of Congress’ future faculties to create, amend, and repeal legislation, and an illegal limitation on the powers that could be given to a national Constituent Assembly.  In this case, a finding of unconstitutionality would entail a finding that the legislative decree approved to pass the amendment was based on an attempt to undermine popular sovereignty and constituted power: core principles of the Honduran constitutional and democratic system. Similar scenarios have already occurred in Honduras, such as the 2015 Supreme Court judgment finding the constitutional ban on presidential re-election unconstitutional.

The amendment approved by the National Congress in Honduras raises questions about the fulfillment of the State’s obligations under international human rights treaties and the protection of popular sovereignty as one of the core principles stated in the 1982 Constitution. A super-majority threshold and future amendment prohibition do not comply with previous constitutional provisions and decisions adopted by Inter-American Human Rights system bodies. The Honduran constitutional system still provides that requests can be filed to reverse the amendment; nevertheless, after several successful attempts to approve regulations that undermine the Constitution, we should start taking into consideration the need to create a new Constitution that could better strengthen the current weakness in the rule of law in Honduras.