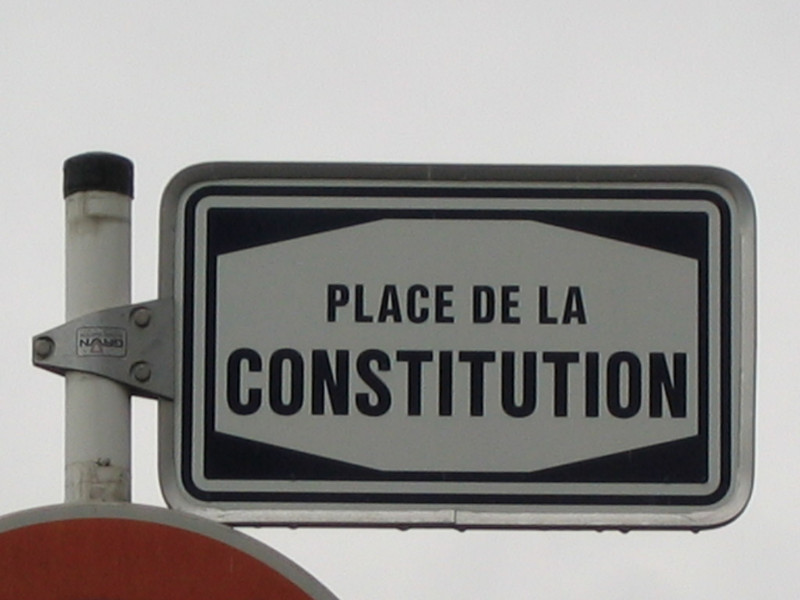 In Luxembourg, parliament will soon decide the fate of four constitutional reform proposals, which split and repackaged a failed wholesale amendment almost a decade in the making. Despite extensive deliberation and public participation initiatives, the parliament must now contend with growing calls for referendums to replace the second parliamentary vote to pass each proposal. Despite widespread acceptance of the necessity of these reforms, will new obstacles again derail momentum? – writes Dr. Carola Sauer

The need to comprehensively reform Luxembourg’s Constitution has been regularly discussed since the late 1980s. This Constitution, one of the oldest constitutional documents in Europe, uses outdated terminology and, crucially, neither corresponds entirely to the ‘living constitution’ nor represents the reality of Luxembourg’s political procedures and actual exercise of state power. It has been amended regularly and with increasing frequency since 1868, which has led to deficiencies in coherence, consistency and transparency. Moreover, from today’s perspective, the limited enumerated fundamental rights and liberties are strikingly incomplete and far behind common European and international standards.

In 2009, parliament’s Committee on Institutions and Constitutional Reform (CIRC) presented a comprehensive proposal to fundamentally overhaul the Constitution. Even though there seemed to be, at the time, a large cross-party consensus on the major reform issues, this ambitious reform proposal stalled in 2018, when the majority party unexpectedly objected in the final phases. In 2020, however, four separate “new” constitutional reform proposals, which split and repackaged the failed one, have come to life and have been (re)analyzed and (re)debated. On 20 October 2021, parliament finally proceeded with a (first) vote on the first of these four proposals: the long-awaited constitutional reform on the organization and functioning of the judiciary. Will Luxembourg now enter a new era of constitutional law, with four substantial reforms breaking the deadlock to overhaul the constitution?

The constitutional reform procedure – which was profoundly amended in 2003 to remove the inefficient procedural requirement of intervening elections between the declaration of a constitutional amendment project and two successive votes on the amendments – is generally initiated by parliament itself, more precisely by one of its members (MP), a group of its MPs, or by the CIRC. The CIRC is one of parliament’s permanent committees or “working groups,” composed of fifteen MPs, which are appointed by their political group. Its composition mirrors the proportion of parties in parliament and its mandate is to prepare and guide constitutional reform. Once drafted by the CIRC or declared admissible by the parliament (in case of authorship by a single MP or a group of MPs), proposals are submitted to the Council of State and the government. The Council plays a somewhat “second-chamber role” and gives its (non-binding) opinion on essentially legal aspects. The government may also issue non-binding “position statements.” Proposals and all related documents are public, so that other institutions may also seize the opportunity to issue opinions, if parliament has not already requested such opinion. The CIRC may adopt amendments to the initial proposal, which must again be submitted to the Council of State and the government. After all opinions and eventual revisions are made, the CIRC adopts a final report on the amended proposal. Based on this report, parliament debates in public and votes by a qualified majority of at least two-thirds of its members (at least 40). As Luxembourg is unicameral, the parliament must vote twice on constitutional reform, the two successive votes being separated by an interval of at least three months.

The 2003 revision of the constitutional amendment procedure introduced the possibility of a decision-making referendum replacing the second constitutional parliamentary vote.

Aimed at strengthening direct popular consultation, the 2003 revision of the constitutional amendment procedure introduced the possibility of a decision-making referendum replacing the second constitutional parliamentary vote. A proposed constitutional change, as adopted on first reading by the parliament, may thus be brought to referendum when either at least one-quarter of the members of parliament (16 MPs) or 25,000 voters registered on the electoral lists for parliamentary elections (approximately 260,000 in 2018) request it. Given the rather high number of signatures needed, it is unlikely that voters would succeed in forcing a decision-making referendum.

Background to the current proposal

For the 2009 proposed constitutional overhaul (which forms the basis of the four current proposals), the CIRC debated, analyzed, and tried to incorporate all varying opinions (including those of the Council of State, government, judiciary, professional chambers, ombudsmen, Venice Commission), fundamentally amending the proposed text six times. The proposal aimed at modernizing terminology and strengthening the protection of rights and liberties. It intended to complete and clarify the catalogue of fundamental rights and to introduce a “transversal clause,” which makes any state limitation on the exercise of rights subject to the rule of law and proportionality. Separation of powers and rule of law were to be explicitly mentioned as fundamental principles for the governance of the state of Luxembourg. The suggested amendments also aimed to clarify the constitutional role and functions of the Grand Duke (head of state), limiting and removing some of his remaining competencies. Furthermore, the proposal implied increasing the power of the parliament by strengthening its control rights vis-à-vis the government. Luxembourg’s membership in the European Union (EU) and its commitment to integration was also proposed to be constitutionalized. The government issued three “position statements,” notably about the powers of the Grand Duke. The Council of State issued at least five opinions (June 2012, March and December 2017, 2018 and February 2020, the last one by explicit request of the Commission). The judiciary, public institutions and various consultative institutions such as the Consultative Commission on Human Rights submitted statements articulating their positions. Moreover, the Venice Commission of the Council of Europe provided legal advice twice, in 2012 (preliminary opinion) and in 2019 (final opinion). Finally, the parliament, in conjunction with government and several political or public institutions, such as the University of Luxembourg, launched a remarkable citizen participation initiative. This included roundtables with experts and MPs, public conferences, a referendum on three controversial constitutional questions in 2015, and the possibility to propose and discuss ideas online, which led to a public parliamentary debate in 2016.

In the final phases of the proposed constitutional overhaul in 2018, the conservative Christian Social Party unexpectedly requested a reform of the electoral system.

In June 2018, the CIRC adopted its final report, which normally serves as the basis for the first of the two successive votes on the proposed amendments. A public information campaign was meant to be launched in autumn 2019, to be followed by a binding referendum replacing the second vote. However, at the end of June 2019, the conservative Christian Social Party (CSV) unexpectedly disagreed with several points of the CIRC’s final report, requesting by contrast a reform of the electoral system and, especially, refusing a binding referendum (promoting a non-binding referendum on selective questions). This is despite the fact that in 2009 the CIRC was presided over by a CSV MP and author of the first proposed reform, and that CSV MPs still dominate the Commission. In fact, the CSV obtained a relative majority in the 2018 elections, but had to remain in opposition because of the continued coalition government of liberals (DP), socialists (LSAP), and green party (Gréng). As no constitutional amendment can possibly pass without CSV’s support, the CIRC cancelled the planned information campaign and suspended the ambitious constitutional reform project to overhaul the Constitution.

The same day that the aforementioned proposal was shelved, the CIRC reiterated its willingness to reform the Constitution and identified some 30 points on which large cross-party consensus still existed. The CIRC continued to pursue ad-hoc changes to the Constitution while working in parallel on an overall constitutional revision. After the unexpected CSV dissent to the reform proposal, the CIRC decided to proceed by stages and chapters of the Constitution rather than pursue another wholesale amendment. In May 2020, it filed a first package of constitutional reform proposals, this time covering Chapter VI of the Constitution, which deals with the judiciary. This widely accepted proposal mainly reiterates proposals made in the context of the failed general constitutional reform project, constitutionalizes the National (or Supreme) Council of Judiciary, strengthens fair trial rights, and explicitly guarantees judicial and prosecutorial independence. The Constitutional Court will be granted competence to decide conflicts between judicial authorities and can acquire new competencies in future via simple legislative act.

In November 2020, the CIRC filed the second package of constitutional reform proposals, modifying no fewer than ten chapters of the Constitution, focusing on executive power and the Grand Duke. The failed general reform project again strongly inspired this “new” reform proposal. In April and June 2021, the third as well as the fourth (and last) package were submitted to parliament, one dealing with the liberties and rights catalogue of the Constitution, and the other concerning the organization and functioning of parliament and Council of State.

On 20 October, the first reform package passed, unsurprisingly, with the necessary majority. However, the question of putting this and the other three amendment packages to referendum remains open, and the parliamentary outcome as well as the results of decision-making referendums on the proposals are hard to predict. In fact, before the first package vote took place, several MPs, including members of the CIRC and the opposition, announced their intention not to initiate a referendum, mainly arguing that the important questions have already been answered through the 2015 referendum and the citizen participation initiatives (and probably fearing a repetition of the failure of three propositions in the 2015 referendum).

The currently circulating public petition calling for a decision-making referendum would only oblige a parliamentary debate, not a referendum.

Dr Carola Sauer holds both German Law degrees, a LL.M. in European Law and received her PhD from the University of Luxembourg. She is Attaché of the Legal Service of the Council of State of Luxembourg.