In the World of Constitution Building in 2020 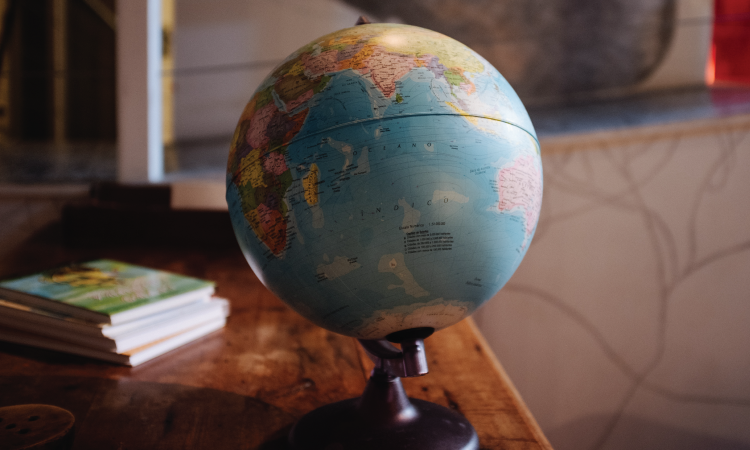 The COVID-19 pandemic occupied social, political and media attention for much of 2020 and disrupted most ‘normal’ human habits. There is, however, one thing whose momentum has not slowed down in this most unusual year: constitution building. New constitutions were born (e.g. in Algeria and Guinea-Conakry), significant amendments were approved (e.g. in Malta, Samoa and Georgia) and reform processes were initiated (e.g. in Chile, Kenya, and Sri Lanka) across the four corners of the globe.

Through ConstitutionNet, the Constitution Building Programme of the International Institute for Democracy and Electoral Assistance (IDEA) has been following, collating, synthesizing and analyzing these constitutional reform developments. In particular, the Voices from the Field series enable local constitutional experts to analyze and share their views both on the process and content of reforms in their respective countries to a global audience.

In 2020, ConstitutionNet published 35 original analysis covering 30 countries, eight of them for the first time, ranging from Haiti to Samoa, Afghanistan to Botswana, and Australia to Germany. Since its inception, ConstitutionNet has now published pieces about 113 countries. The regular updates cover an even wider range of jurisdictions, and there are few, if any, countries that do not engage in constitutional reform debates and initiatives.  The following sections showcase some of the notable developments in both the process and content of constitution building.

Beyond ConstitutionNet’s regular focus on constitutional reforms, in view of the significant impact of COVID-19 and public responses to tackle it, International IDEA launched, in partnership with the New Zealand Centre for Public Law at Te Herenga Waka—Victoria University of Wellington and the Center for International and Area Studies at Northwestern University, video testimonials from 50 countries on Government Responses to COVID-19 with a view to understand and share experiences across jurisdictions. Here we learned for instance that countries do not always resort to constitutionally provided states of emergency, with many instead invoking statutory emergencies, and some bypassing formal emergency declarations. Understanding the triggers informing the choice of a specific legal route and the consequences of the choice will require further exploration. In addition to exchanging valuable experiences, the process allowed the development of a community of scholars and practitioners that could enable further collaborations on the design, interpretation, implementation and reform of constitutions.

One of the most notable developments regarding the process of writing a new constitution is Chile’s decision to adopt a new constitution through a fully elected constitutional convention that will have equal gender representation. While there has been a steady increase in the presence of women in constitution drafting bodies in various countries, Chileans have set the bar high by seeking and achieving full equality.

The challenge now is to ensure that the presence of women translates into seriously considering women’s unique and diverse interests, needs and thinking on all aspects of the constitutional framework, beyond so-called ‘women’s issues’. There is a long way to go before Chileans can celebrate their new constitution, but they have already achieved a milestone that will inspire men and women in constitutional building processes across the world.

Regardless of the motivations of the proponents of the reforms, the examples indicate the importance of expressly addressing the process for the adoption of new constitutions. Such provisions would establish processes under conditions untainted by fleeting exigencies, create clarity and could contribute to reducing manifestly capricious maneuvers. The Chilean experience speaks to a tradition of legal continuity, and the possibility of garnering political consensus towards formulating provisions that apply to a single reform process. Nevertheless, in the absence of a tradition of legal continuity or political consensus, the temptations to maneuver legal process may necessitate express constitutional regulation.

A quick look at the Voices from the Field pieces and the regular news updates reveals that constitutional reform initiatives have affected virtually every critical aspect of constitutional governance, from values and rights to the electoral system, structure and powers of the judiciary, structure of the legislature, systems of government, decentralization of power, to checks and balances.

Perhaps one notable issue that dominated political and constitutional debates in 2020 is the design and implementation of emergency powers. While there was no widespread and systematic effort to reform applicable constitutional rules, there is heightened attention on effective and workable mechanisms to ensure meaningful checks, accountability and oversight. Notably, New Zealand established an opposition-majority and opposition-led parliamentary committee to scrutinize government responses to the pandemic. While this resulted from government commitment to limited and accountable powers, it is likely to inspire constitutional designers. In contrast, the Hungarian parliament granted the executive unfettered powers to manage the emergency without any time limit.

The experiences with the COVID-19 pandemic have already attracted debates on the optimal constitutional and legal arrangement on emergencies. This will likely influence, and even trigger, deliberations in future constitutional reform efforts.

The pandemic also raised questions on other issues, notably on whether, on what grounds and through which processes elections may be postponed. In the Central African Republic, the Constitutional Court ruled that the constitution did not allow amendments to postpone presidential elections and urged parties to engage in dialogue in order to find a consensual solution in case postponement became unavoidable. In Ethiopia, the House of Federation, the organ in charge of constitutional interpretation, ordered the indefinite postponement of elections without sufficient engagement with opposition groups, intensifying underlying political tensions. These experiences are likely to induce constitutional drafters to more deliberately address the pervasive implications of emergencies in the future.

Looking to 2021: Transitions and more

Even under the COVID-19 cloud, constitution building continued and thrived in 2020. Constitution enthusiasts and practitioners should expect a flurry of constitutional reform activities in 2021 in all regions of the globe. As in 2020 and before, the direction of the reforms varies and will depend on the pressures for reform and the political power balance on the ground. Constitutional reform is set to be on the agenda from countries transitioning to peace and/or democracy, for example in Mali, Sudan and South Sudan; to those seeking to improve their democratic trajectory, such as Chile and Armenia, perhaps even Belarus; to those attempting to address perceived constitutional inefficiencies and political paralysis, for instance in Haiti; to the elite-led ‘popular’ initiative to address ‘winner-takes-all-politics’ in Kenya; and popular demands for reform in Thailand.

The ConstitutionNet team would like to thank and wish all our readers a pleasant end to 2020 and a promising start to 2021.