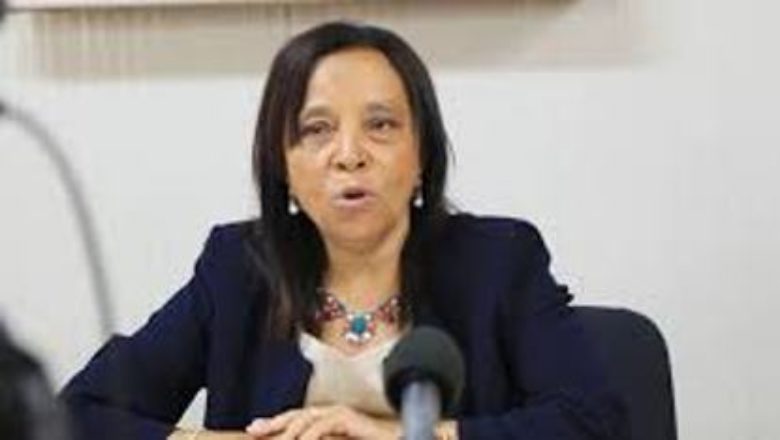 CAR’s Constitutional Court invalidated proposed amendments to enable extension of the duration of presidential and legislative terms in emergency situations, instead insisting on a consensual solution through meaningful consultation. While this pioneering decision has elevated the significance of the Court, it charges the incumbent government to lead the consultation process, potentially incentivizing them to delay or derail it, or even push for elections to avoid consultations regardless of the circumstances. CAR’s experience underscores the limits of increasing reliance on unamendable constitutional provisions to protect term limits – writes Dr Sonia Vohito.

On 5 June 2020, the Constitutional Court of the Central African Republic (CAR) rejected as unconstitutional a proposed constitutional amendment that would have allowed the extension of the duration of presidential and parliamentary terms in the case of ‘force majeure’. The proposed amendment emerged in a context of the disruptions from the COVID-19 pandemic causing concerns over the timely organisation of presidential and legislative elections in December 2020 and March 2021, respectively.

The CAR recorded its first case of COVID-19 in mid-March 2020. Since then, the Government has taken measures to contain the virus, including lockdowns and curfews affecting lives and livelihoods across the Country.

As the pandemic continues to spread across the country, it is increasingly evident that it may not be possible to hold the elections within the constitutionally required deadline. The CAR Constitution does not include provisions pertaining to the inability of organising elections in cases of emergencies. In fact, the Constitution specifically prohibits the amendment of provisions on the duration of presidential terms for any reason. There are no similar specific exclusions in relation to the duration of the National Assembly.

In order to avert a potential constitutional and power vacuum, in April 2020, legislators from the majority party, including the deputy speaker of the National Assembly, proposed constitutional amendments aimed at amending article 36, which establishes the period within which presidential elections must be held before the end of the term of the incumbent, and article 68 of the 2016 Constitution, which prescribes the period within which legislative elections must be held.

The proposed changes mainly seek to recognise the notion of ‘force majeure’ - in this case the coronavirus pandemic - which may necessitate a delay in the organisation of elections. Under the proposal, in cases of force majeure, the incumbent president and members of the National Assembly would remain in office for an additional period determined by the Constitutional Court, which would also be responsible for supervising the process. The sponsors of the amendment sought to avoid the suspension of the Constitution and/or a political ‘transition period’ in the country.

Under the proposed amendment, in case of force majeure, the incumbent President and National Assembly would continue.

The proposed amendment received the support of two-thirds of members of the National Assembly and was formally endorsed in the Cabinet on 15 May. The draft amendments were then submitted for review to the Constitutional Court, as constitutionally required.

It was also highlighted that the Government seemed to refer to the Constitution primarily for electoral purposes instead of invoking it for addressing the country’s urgent needs due to the disastrous impact of COVID-19.  The Constitution indeed authorises the President to declare a state of emergency or use ‘exceptional powers’ in exceptional circumstances. Declaring a state of emergency would have allowed the National Assembly to enact a public health emergency law to address the effects of the pandemic. However, the government did not make use of these provisions - or any specific law - as a basis for the de facto emergency measures that it imposed on the population.

Critics therefore suggested that the government was mainly concerned with political matters in time of public health (COVID-19) and the related socio-economic crisis. Reservations were also made concerning the use of the broad concept of ‘force majeure’ to justify a term extension. Despite the proposed Constitutional Court’s control, it was argued that such provision could easily be abused by any regime willing to remain in power.

A ‘consensual solution’ for an unforeseen challenge

Following a series of consultations including with political parties, state institutions and civil society organisations, the Constitutional Court found that the procedure used to obtain the legislators’ signatures in support of the proposed amendment was procedurally deficient and incompatible with the constitution which specifically requires formal vote in a joint session of the two legislative houses. In this instance, individual signatures were collected informally because of the difficulty of holding sessions as a result of COVID-19 restrictions. Crucially, in additional to the procedural failures, the Court held that the Constitution includes ‘constitutional locks’ (verrous constitutionnels) which prevent any amendments pertaining to the number and duration of the presidential terms.

The Court seemed to imply that even the unamendable provisions could be changed through referendum.

Nevertheless, the Court implied that the Constitution could be amended to authorise a postponement of elections through referendum, implying that even the unamendable provisions could be changed through referendum, in apparent recognition of the unbounded authority of the ‘constituent power’. Although the Court recognised that a referendum could not be organised in the current circumstances, the referendum exception to bypass even unamendable provisions opens possibilities for future abuse.

Despite its theoretical appeal to popular sovereignty, in practice the constituent power doctrine allows dominant presidents or ruling parties to undermine the constitutional framework, rather than the people to redefine the terms of the socio-political compact.  For instance, in March 2020, Guinean President Alpha Conde orchestrated a constitutional referendum to allow him to bypass the two-term limit.

The Court prohibited amendments to extend the term of the National Assembly, although it is not on the list of unamendable provisions.

The Court also ruled against the proposed amendment to extend the term of the National Assembly. It  highlighted that, although the Constitution does not specifically prohibit amendments to extend the Assembly’s term, the ‘consensual spirit of the 2016 Constitution’ precluded the ‘extension of the legislators’ term by themselves’, without prior extensive consultation with the people.

Although the Court also ruled against the suspension of the Constitution and the establishment of a transition period, it recognised the possible need to postpone elections. Accordingly, it therefore recommended the organisation of a national consultation under the auspices of the national executive with a view to reach a one-off ‘consensual solution’, while subsequent constitutional reforms could consider long-term solutions. The national consultation would include key stakeholders including the government, parliament, political parties, state institutions as well as civil society organisations. The Court would then review the constitutional compatibility of the outcomes of the consultation.

In a pioneering ruling, the Court prioritised dialogue, consultation, and national consensus as a way forward to make up for the absence of explicit constitution provisions regulating instances of constitutional vacuum. The Court pointed out that its decision was influenced by its prior consultations with stakeholders, which revealed a significant opposition to the constitutional amendments.

The Court also referred to CAR’s regional human rights obligations, including the 2007 African Charter on Democracy, Elections and Governance (ACDEG). It particularly invoked ACDEG provisions emphasising national consensus, social dialogue and a culture of respect, compromise and tolerance as a means to mitigate conflict, and promote political stability and security. The emphasis on peace, stability and constitutional order is critical in a country still afflicted by persistent political tension and humanitarian crisis.

CAR’s experience reveals the limits of the growing trend in Africa excluding certain constitutional provisions, especially the number and duration of presidential terms, from constitutional change without exception. While this practice has roots in experiences with recurrent capricious and self-serving constitutional amendments, constitutional drafters should be aware of the danger of the absence of exceptions and seek to provide express frameworks to avoid a constitutional and power vacuum. In this regard, while the Constitutional Court’s invocation of a consensus solution has been accepted, creating a level of predictability may require the advance crafting of an agreeable constitutional basis for a solution.

Opposition parties and civil society have welcomed the Court’s decision, but also called for further vigilance in the context of the upcoming elections. The sponsors of the proposed amendments have also pledged to respect the Court’s decision and to ensure that the elections are held within the constitutional deadline.

If the organisation of the elections is delayed, the next step will require an inclusive and consensus outcome. While necessary, organising a meaningful national consultations without clear guideline and under the shadow of the CCOVID-19 pandemic would prove arduous. Since the Court has ruled out a transition period, the Constitution and the institutions will not be suspended, and the President would not be expected to step down until a consensus solution is found.

The government appears to prefer avoiding consultation by holding elections as planned.

The fact that the default condition in the absence of consensus would be government continuity may incentivize the incumbents to slow or otherwise derail the consultation process, should it take place. In this regard, identifying a neutral or inclusive entity to lead the consultation process, if and when needed, would have guaranteed genuine consultations and timely outcomes. Nevertheless, the government appears to also seek to avoid consultation by holding elections as planned. While this would constitutionally acceptable, without improvements in the COVID-19 situation and necessary precautions, holding elections on time and at any cost may undermine their legitimacy and competitiveness.

This decision has enabled the Constitutional Court to consolidate itself as a key player in promoting constitutionalism, peace and consensus in the country. It is hoped that the decision will restore opposition parties’ confidence in the constitutional process and the Court, following their disappointment with a May 2020 decision rejecting an  application to declare the National Elections Authority illegal.

The Constitutional Court may have succeeded in defusing a major potential crisis in this instance. Nevertheless, the country is still not out of the woods and the situation the pre-election context remains tense.  Even if postponement of elections would not be necessary, all political groups should heed the suggestion for a consultative and consensual engagement with a view to herald CAR’s march towards constitutional democracy and effectively guarantee the sovereignty and rights of the people.

Sonia Vohito holds a PhD in comparative constitutional law from the University of Pretoria, Institute for International and Comparative Law in Africa, South Africa. She is a human rights and child rights specialist.