Why Wales is having a national conversation on its constitutional future 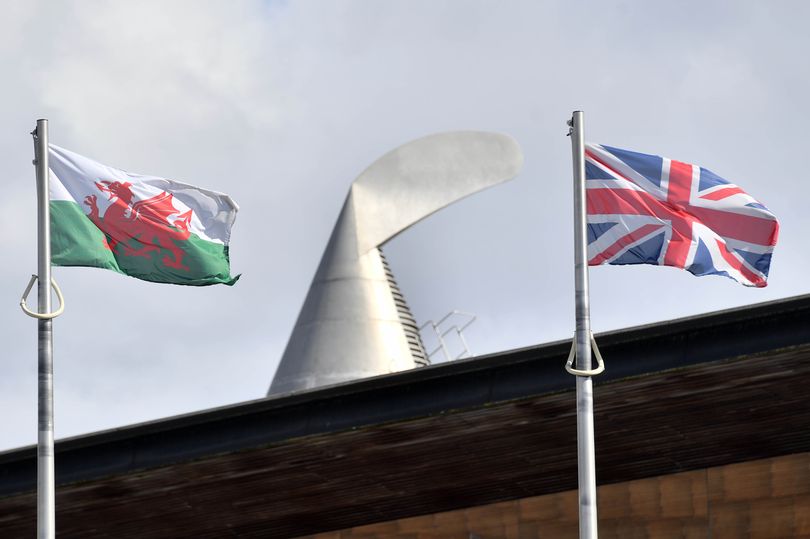 Established at the end of 2021, the Independent Commission on the Constitutional Future of Wales has a broad mandate to map potential reforms of the United Kingdom’s constitutional structures, including a full range of constitutional possibilities for Wales. The Commission’s recommendations will be informed by nationwide discussions, but the ultimate success of the process may hinge on the extent to which the Commission can build broad political support for its proposals for Wales’s constitutional future – write Dr. Anwen Elias and Dr. John Wood

Questions about the constitutional integrity of the United Kingdom have been an almost constant feature of British political debate over the last decade. These questions gained new prominence as a result of the Scottish independence referendum in 2014 and have re-emerged as a consequence of Brexit. The process of leaving the EU has revived the Scottish independence movement, has fuelled unprecedented mobilisation for independence in Wales, and has destabilised Northern Irish politics. At the same time, the British Conservative Party has adopted an increasingly assertive strain of unionism. Clashes between UK and devolved governments over how to deal with the COVID-19 pandemic have further strained existing constitutional relationships.

This is the context in which the Welsh Labour Party, re-elected to govern in the Senedd (the Welsh Parliament) in May 2021, launched a new Independent Commission on the Constitutional Future of Wales in November 2021. With the political discussion of constitutional issues in the UK often polarised around ‘break-up’ or ‘stronger union’ positions, Welsh Labour is seeking to plot a middle way, one which explores (and is open to) a range of different options for Wales’s constitutional future. They are also determined to lead the discussion on what constitutional relationships in a future United Kingdom might look like. This is an especially bold move from a nation that tends to be side-lined in international (and, indeed, domestic) coverage of UK politics.

The Commission’s Composition and Mandate

The Independent Commission on the Constitutional Future of Wales is composed of 11 members (seven women and four men) drawn from across Wales and the UK. Whilst four members are associated with Wales’s political parties, others have backgrounds in academia, the media, the civil service and Welsh civil society. It will be supported by an expert panel, yet to be constituted, that will have expertise in areas such as governance, law, the environment, and economics. The Commission will deliver an interim report to the Welsh Government by the end of 2022, with a full report with recommendations to follow by the end of 2023.

The Commission has two broad objectives:

According to Commission Co-Chair, Professor Laura McAllister of Cardiff University, the aim of the Commission is, through these two objectives, to “develop [a] fit-for-purpose, sustainable and popular model of governance for our nation.” Her Co-Chair, Dr. Rowan Williams, also argues that a systematic review of the constitutional relationship is needed as “strategically thought-out change is always preferable to drift [leading to] disaffection of non-ownership in the component nations.”

This is not the first commission in Wales to consider constitutional matters. There have been several, and these have considered issues such as increasing the powers and the size of Wales’s parliament (called the National Assembly for Wales until 2020), reform of the electoral system, and reform of local government. The current Commission is different to these previous efforts in two key ways.

Most significantly, the Commission is mandated to consider a full range of constitutional possibilities for Wales, including independence.

Firstly, the scope of its work is considerably broader. Most significantly, the Commission is mandated to consider a full range of constitutional possibilities for Wales, including independence. In this respect, the Commission aims to explore the options for a long-term settlement that will put Wales on the ‘front foot’ as the wider constitutional settlement of the UK and its nations enters an uneasy and potentially shifting time. The Commission thus has the remit “to explore options for governing Wales as a distinct nation within the existing UK, and also to explore the options for a future for Wales outside the Union.”

Secondly, the Commission is intent on embarking on a ‘national conversation’ with the people of Wales that can feed into its deliberations and recommendations. Such an expectation builds on the First Minister’s stated ambition for the Commission to “seek to engage with the people of Wales, particularly those who may not normally engage in these types of processes.” Previous commissions in Wales that have sought to engage the public have largely failed to do so. The most concerted effort in this respect was that of the All Wales Convention,  established by the Welsh government in 2009 to assess public opinion on increasing the powers of the National Assembly for Wales. They relied on ‘town-hall’ style public meetings to gather the public’s views, but these engaged very low numbers of citizens with polarised views on the issue of further decentralisation of powers to Wales. Instead, the Commission has stated its ambition to be ‘radical’ in its methods, in order to reach as many Welsh citizens as possible. The specific ways in which the Commission will do this remain to be seen, but is likely to include a deliberative element in the form of citizens’ assemblies or juries. Delivering on such an ambition will be challenging: the timescale for having a national conversation is tight, and levels of understanding of – and interest in – politics amongst the Welsh public are generally very low.

There is, by now, considerable international experience of engaging citizens with debates on constitutional change. This shows that a key factor in shaping the eventual success of citizen-informed initiatives is the extent to which they have political support by executive and/or legislative approval.

The range of views on constitutional reform reveals the challenges ahead in this respect. The Welsh Labour Party has led the way in making the case for a “powerful and entrenched” devolution settlement as part of a “radical redrawing of the United Kingdom.” This focus on reforming the United Kingdom (and Wales’s place within it) has been reflected in a series of propositions in recent years aimed at improving the functioning of the existing devolution settlement. These have included detailed suggestions for better cooperation between the UK’s devolved and central governments, a new funding formula for the devolved institutions, and proposals for devolving policing powers and the administration of justice.

However, there is also growing support from some Welsh Labour Party members for independence for Wales. They have played a prominent role in mobilising for independence in recent years, as part of the civil society organisation Yes Cymru. Taken together with Plaid Cymru’s more assertive support for breaking away from the UK in the May 2021 Senedd election, this constitutional option is more prominent in Welsh political debate than it has ever been. In addition, commission member Leanne Wood, formerly leader of Plaid Cymru, wrote in February 2022 that she would use her position on the commission to help Wales become “decentralised and socialist.”

There are also different and competing views on how a future Wales should be governed...

On the other side of the constitutional spectrum, there are also different and competing views on how a future Wales should be governed. There has been some support among the Welsh electorate for rolling back devolution and abolishing the Senedd completely, although the political parties formally advocating this position failed to secure representation at the May 2021 Senedd elections. There still remains, however, a sustained opposition to any further increase in the powers of the Senedd. The Welsh Conservative Party – currently the main opposition party in the Senedd – has long derided its rivals for being “obsessed with arguing about more powers” rather than focussing on public services. Responding to the announcement of the Commission’s establishment in October 2021, Welsh Conservatives member Darren Millar called it a ‘waste’ of time and resources; however, the party subsequently sought to engage with the Commission’s work by suggesting members to it and making itself available to give evidence.

The prospects for constitutional reform in Wales

The eventual success of Wales’s new constitutional commission can be judged against several criteria. These include the extent to which it is innovative in its methods of public engagement, the degree to which citizens’ voices meaningfully shape the Commission’s findings and recommendations, and its ability to build support across the Welsh political spectrum for its proposals for Wales’s constitutional future.

However, the Commission’s ultimate impact will also depend on political developments elsewhere in the United Kingdom. In the short term, calls for constitutional change are unlikely to be well-received by a central government in the hands of the Conservative Party, whose leader, Boris Johnson, has called Scottish devolution “a disaster” (though this sentiment was tempered by later comments). The British Labour Party has been more reticent on these issues, although it has recently set up its own constitutional commission to “settle the future of the union.”

In the medium term, constitutional dynamics in Scotland and Northern Ireland will also have implications for Wales’s position in the union. Part of the reasoning for establishing the Independent Commission on Wales’s Constitutional Future is precisely to prepare for such dramatic changes to the territorial integrity of the British state. There is thus a lot at stake in this constitutional process.

Calls for constitutional change in Wales and the UK are growing, and the Independent Commission on the Constitutional Future of Wales can play a key role in mapping out future constitutional options. However, its ability to shape how Wales is governed in the future will also depend on the extent to which it can advance a consensus choice of both the politically engaged and nonengaged people of Wales, and convince a reluctant UK government that lasting constitutional change is imperative.

Dr. Anwen Elias is Reader in Politics at the Department of International Politics, Aberystwyth University. Dr. Elias is also a member of the Independent Commission on the Constitutional Future of Wales.