Social participation and prior consultation rights in Ecuador: an unfinished dream? 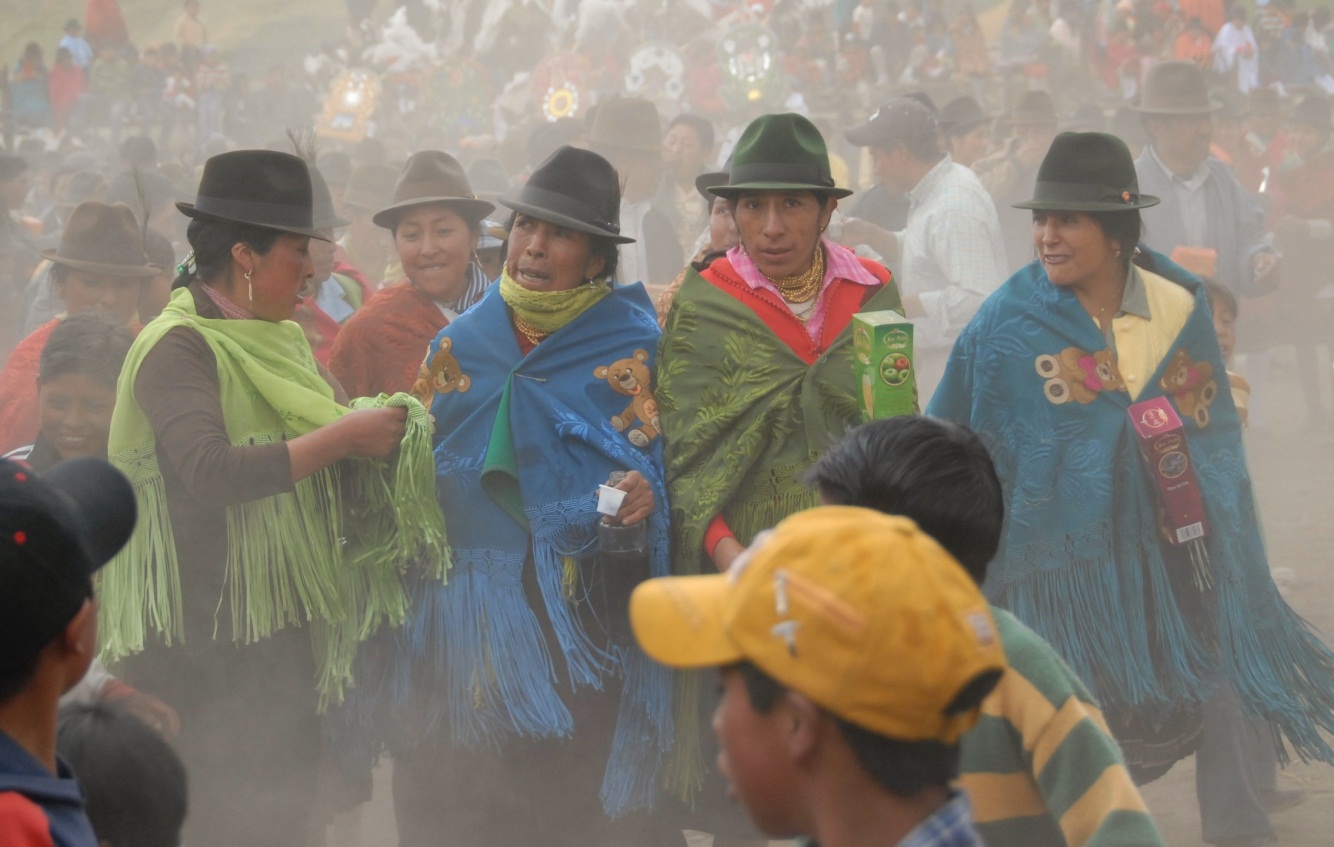 A key feature of recent political and constitutional transitions is the demand, globally, for greater citizen participation in government. Ecuador has not escaped this phenomenon. In fact, beyond the recognition of rights of nature —an innovation which its 2008 Constitution is, perhaps, most noted for, social participation was a also a key feature of Ecuador’s constitutional project both in terms of content and process. In contrast to the 1998 Constitution, for example, which was drafted inside a military facility with, more or less, no public input, the 2008 process saw greater resolve on the part of authorities to broaden public involvement in the work of the Constituent Assembly and its various commissions. .

The Constitution that emerged from the 2008 process also recognizes the importance of popular inclusion beyond the making of a broader framework document like the Constitution or formal institutions like councils, assemblies and tribunals. Most importantly, it recognizes the right of local indigenous communities to be consulted on policy decisions impacting their lives and communities. This is the right to social participation, guaranteed by article 57(7) of the Constitution and according to which local communities must receive ‘free, prior and informed consultation, within a reasonable period of time, on plans and programmes for the exploration, exploitation and sale of non-renewable resources located on their lands which could have environmental or cultural impacts on them’

Informing this paradigm shift within the new constitutional dispensation was the need to protect local communities who were, for many years, victims of indiscriminate natural resource exploitation within their habitats by large multinationals, acting with the complicity of the government. In this connection therefore, social participation can also be conceptualized as an accountability mechanism, allowing for the popular control of government action.

At the local government level, there seems to be some positive results as, for example, the recall mechanism has been applied several times to remove elected local authorities who had lost the trust of their constituents. Second, there is generally a greater response rate from authorities to public requests for information. Third, Parliament is very proactive in inviting the public to scrutinize all proposed laws. Notwithstanding the above, significant challenges remain, in particular, with regards to prior consultation of indigenous communities on matters related to the exploitation of natural resource in their land.

In terms of article 57 of the Ecuadorian Constitution, prior consultation is at the core of the right to social participation —a right which, it must be noted, is also common to many Latin American countries; and anchored in both international law—notably the International Labour Organization’s Convention 169 and the UN Convention on the Rights of Indigenous People—as well as in the case law of the Inter-American Court of Human Rights. In fact, in the Sarayaku ruling, a case described by observers as emblematic, the Court recognized it as part of the Inter American Human Rights System.

However, the key problem with prior consultation is that despite its general recognition in the Constitution and perhaps the ground-breaking outcome in the Sarayaku case with Ecuador complying, opposition by local communities does not always stop authorities from proceeding unilaterally. This is partly because, prior consultations rely on procedures determined in rulings approved by the ministries which procedures are, often conducted in ways that are incompatible with local customs, culture and traditions.

This problem is not unique to Ecuador, but also—as this report shows— permeates most Latin American countries with social participation rights. Chile’s Mapuche indigenous people, located in the Araucanía región of the country for instance, have — as this article suggests — been engaged in a two-decade fight with the government against the construction of the Ruta Costera, a coastal highway project conceived during the Pinochet dictatorship, which has already caused significant archeological and cultural losses and damages the region. Such realities beg the question of what the content or real value of the constitutional right to social participation is.

Challenges for the future

As with the rights of nature in Ecuador, social participation beyond the constitution making phase remains a very elusive right when it comes to practical implementation. While Ecuador’s capacity to process its social conflicts still depends on the state’s goodwill in terms of positively arbitrating requests from citizens to participate in the social, political and economic life of the country, one must not underestimate the role of a more forceful engagement from local communities, which too often lack the capacity to effectively mobilize and hold the state to account for shortcomings. What this highlights is the need for greater empowerment of these communities in terms of tools, mechanisms and processes that allow them to effectively engage government inaction or wrongful action.

Another major uncertainty lies on the use and extraction of non-renewable natural resources, where communities and indigenous peoples have high interests. Forthcoming debates will allow for the definition and shaping of the real extent and effectiveness of social participation mechanisms, where communities’ interests could collide with general and national interests. Even though the Constitution provides that the final decision to undertake an activity if no consensus is reached is that of the highest administrative authority, it does not provide clear for when an administrative authority may use that final decision making power. This is also aggravated by the absence of guidelines on the timing and depth of consultations.

This reality puts locals in a very precarious condition especially in relation to elected government officials who may draw on the government’s overall popularity, currently, to influence prior consultation processes with regards to decisions on important projects such as natural resource extraction. This is a danger that highlights the importance of constructing governance approaches, not only focused on social participation, but aiming to reconcile national and local interests in a country struggling with poverty, health and education issues. Such approaches rely also on a progressive cultural change which might take several years to settle into Ecuadorian society.

[1] Consultant, Office of the Vice President, Ecuador| Former Advisor to the Constituent Assembly, Ecuador| Views expressed do not represent those of International IDEA.