Exploring options open for public dialogue in the Kenyan Constitution 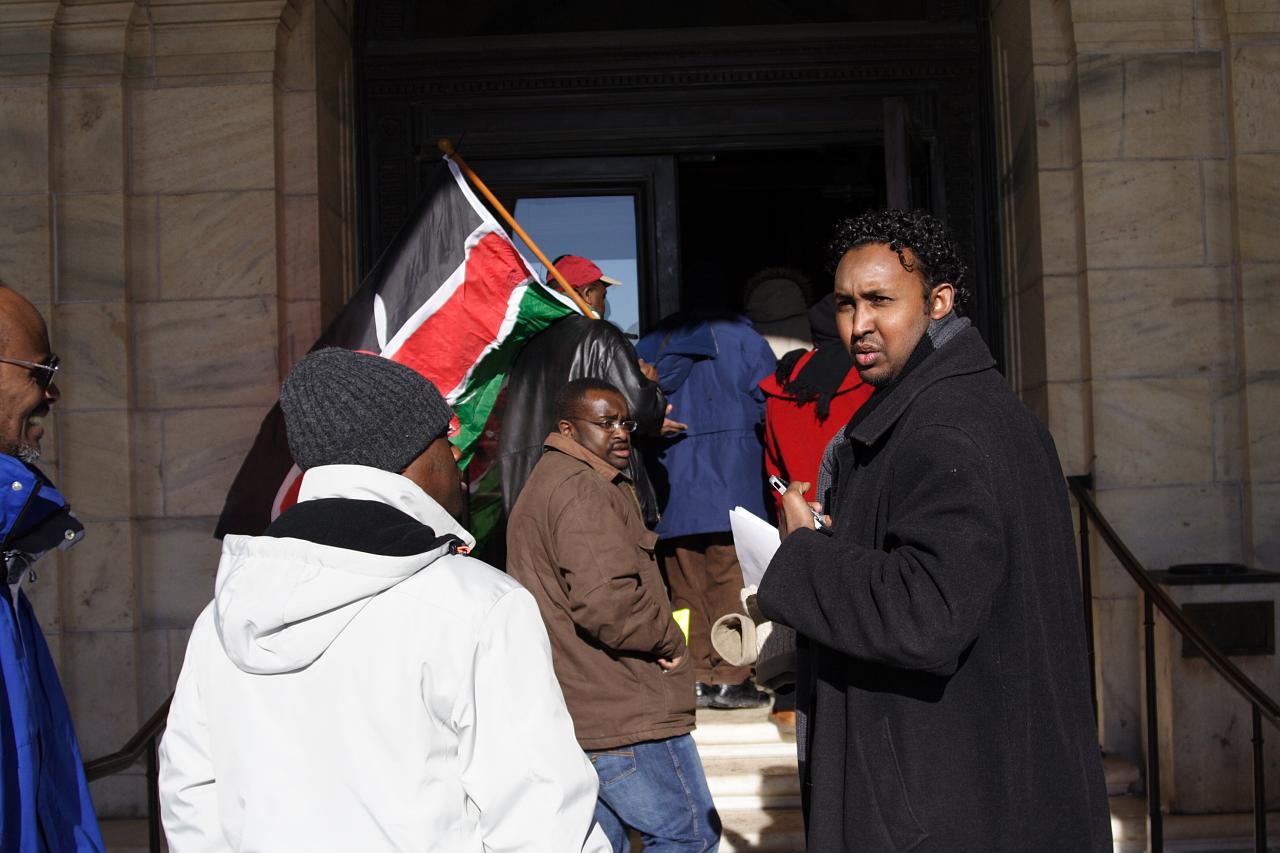 Since the March 2013 General Election results, a section of the Kenyan population and civil society have openly expressed dissatisfaction with how the implementation of the Constitution is being undertaken. On a political note, supporters of Hon. Raila Odinga who polled second to President Uhuru Kenyatta believe only he can ably steer a constitutional implementation process. The fact that the Supreme Court endorsed the election result and that the Minority Party in both Chambers of Parliament have no numbers to influence legislative and policy agenda irks opponents of the government. This is exacerbated by the fact that the President and his Deputy are facing trial at the International Criminal Court.

The solution offered by opponents of the current government is an ‘Arab Spring’ kind of revolution. Social media is awashed with discussions on how to engineer regime change in Kenya. Statements like ‘Kenyan youth must wake up! It’s time for a revolution’ and ‘Political scientist warns President Uhuru that a Kenyan revolution just like Egypt is around the corner’ have found their way on social media; although up until now mainstream media seems to have given little regard to such sentiments. While the rumblings on social media are unlikely to escalate into any Arab Spring style revolution, it does indicate that are that all is not well in the implementation of the Constitution of Kenya, 2010.

Realities that push Kenyans to this kind of thinking include the high cost of living, unrealistic priorities by the National and County Governments, proposals for increased taxation, high unemployment, insecurity, poor infrastructure, strikes by teachers, appointments to key state offices being skewed to favour persons from specific regions and delayed payment of salaries for public servants. At the time of penning this article, even Members of Parliament had not received their salaries for the month of July. While the challenges being faced by Kenya are not peculiar to any country, those calling for an ‘Egypt-like revolution’ accuse the State of ineptness.

Could use of constitutional processes save the country from political, economic, religious and social turmoil? Would the Egyptian kind of ‘revolution’ make matters better or worse? Was the Constitution of Kenya 2010 not revolutionary enough to provide for a new democratic environment where political foes could use the open democratic space to discuss national issues?

Unlike Egyptians, Kenyans are fortunate enough to have a constitutional framework which affords ample opportunity for them to take part in the decisions and actions that affect their lives. Court challenges to government action are one such opportunity: citizens and civil society have occasionally used the courts to defend constitutionalism and rule of law. Some of the cases include challenging the suitability of the President and Deputy-President to vie for political office in the last general elections, challenge to the presidential elections and various legislative and executive actions of the government.

Beyond court challenges, the Constitution together with legislation provide for mechanisms for citizens to get involved in the governance structures of the state. To set out a few of these provisions, Article 69 provides that the state should encourage public participation in the management, protection and conservation of the environment. Article 118 indicates that Parliament should facilitate public participation and involvement in the legislative and other business of Parliament and its committees. Further, principles of Devolution include giving powers of self-governance to the people and enhancing the participation of the people in the exercise of the powers of the State and in making decisions affecting them.

Urban Areas and Cities must provide for participation by residents in the governance of urban areas and cities. Article 196 states that the County Assemblies should facilitate public participation and involvement in the legislative and other business of the assembly and its committees. The Public Finance Management Act and the County Government Act also provide for public participation processes in budgetary, policy, governance and legislative affairs at both the national and county levels.

Recall clauses for elected officials, provisions on impeachment of the President and Governors and checks and balances provided by the Judiciary, Constitutional Commissions and Independent Offices ought to be given a chance to uphold constitutionalism and the rule of law on behalf or the people of Kenya. The Constitution even provides for means for citizens’ proposals to amend the text.

The issue that arises is why the voices of discontent do not wish to use the fairly young constitutional and legislative framework to engage National and County governments to address some of the issues raised above. One key problem is that Kenyans are still to experience a paradigm shift into the new constitutional dispensation. Constitutional and legal processes that include the state are viewed with suspicion. Secondly, despite the massive civic education campaigns which took place around the Constitution, ignorance of the law is rife; some Kenyans merely react to political statements by their favourite politicians without knowing the legal or political context. Thirdly, the government is often unwilling to provide opportunities for comprehensive public participation as provided by legislation and the Constitution, and even on rare occasions where the will exists, pressure to meet key deadlines on constitutional implementation has left little time to involve, and respond to, public input. Lastly, there currently exist no tradition or clear legislative guidelines for public participation.

Of these factors, the most critical failing at the moment is that the Kenya government is not doing its part to live up to the constitutional promise of public participation. Kenya is not the first country to face these challenges, and in this regard the South African experience offers useful guidance. In Doctors for Life International v Speaker of the National Assembly and Matatiele Municipality and Others v President of the Republic of South Africa), the Constitutional Court outlined principles for effective public participation under the Constitution to include: timely access to information relevant or related to policy formulation and implementation; reasonable access to the process of formulating and implementing policies, laws, and regulations, including the approval of development proposals, projects and budgets. In addition, there should be special protection and promotion of the interest and rights of minorities, marginalized groups and communities and their access to relevant information and reasonable balance in the roles and obligations of county governments and non-state actors in decision-making processes to promote shared responsibility and partnership, and to provide complementary authority and oversight.

While a law on public participation has been mooted and discussed at government level, little concrete action has been taken with regards to the above pointers from South Africa which could lead anyone to believe that Kenyans were now living under a completely different constitutional regime in terms of public participation. It is time for the government to act and give the public the chance to make their voice heard through constitutionally provided mechanisms, before too many more people turn to non-constitutional options instead.