Implementing Kenya’s 2010 Constitution: Is the Kenyan Dream too costly? 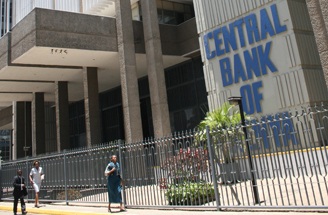 Implementation of the Constitution of Kenya, 2010 is turning out to be an expensive venture. The Constitution of Kenya offers great promise. When Kenyans overwhelmingly voted for the constitutional text in 2010, the hope was that cycles of violence, poverty, bad governance, poor economic policies, imprudent use of natural resources and perennial famines would cease. The text itself was seen as the magic pill to cure all problems facing Kenya.

To facilitate the ‘Kenyan dream’, the Constitution establishes National and County governments as two equal partners but with different constitutional powers and functions. The people wanted power devolved away from Nairobi towards their own county which could cater better to the different needs of the local population. Further, whereas previously there were 222 Members of Parliament but there are now 349 Members of the National Assembly and 68 Members of the Senate. The increase in numbers was informed by the need for greater equitable representation for the citizens in general, women, youth, persons with disabilities and historically marginalised groups. This also caters for skewed population quotas in various constituency boundaries. But as Kenyans should know well, more politicians, mean increasing the public wage bill.

Similarly, constitutional commissions and independent offices are established to provide oversight, checks and balances to other arms of the State and ensure the rule of law prevails. The Judiciary has embarked on a massive expansion project in terms of personnel and court infrastructure. Reforms to ensure an efficient justice system and promote access to justice for all, as envisioned by the Constitution are on-going in the Police Service and semi-autonomous government institutions. The reforms seek, but require a substantial financial outlay. An expanded Bill of Rights now ensures that socio-economic rights are justiciable and enforceable, but improving health, education and housing services to meet these promises inevitably increases public spending.

Constitutional processes and institutional reforms provide great financial challenge. There is a strain on the economic, human, political and legal resources of the State. Establishment and reform of the above constitutional institutions bring with them a bigger public wage bill and an escalated public budget. Further, these institutions require physical infrastructure. Curiously, employees of the public service, teachers, doctors, universities’ staff, the police and the army are also calling for improved terms of service. In fact these public service employees sought enforcement of collective bargaining agreements negotiated before promulgation of the Constitution.

In addition to the high, but understandable, financial implications of constitutional implementation, newly appointed and elected state officers have shown disregard to basic principles of financial thriftiness. Political leadership in Kenya seems to assume that the country has unlimited financial reserves. They are using the excuse of implementation of the Constitution, especially devolution, to deplete public coffers. Further, ignorance by the citizens on public planning processes provides greater challenge in holding the State accountable on financial matters. Once in power, elected officials adopt a smash and grab culture. Public funds are perceived to be unlimited. Even checks and balances provided by the Constitution and Public Finance Management laws do not seem to be effective. From the outset, a radical paradigm shift is needed for state officers to ensure sustainability in the use of public monies.

Members of Parliament have been making extravagant demands for benefits such as car grants, palatial homes, provision of security by the state, private staff and sitting allowances. County governments have budgeted for luxury vehicles, palatial homes for Governors, and huge sums for entertainment allowances plus benefits for Members of County Assemblies that are not sanctioned by the Salaries and Remuneration Commission. On specifics, the government has budgeted KES. 100M (approx. USD1.2M) for renovation of the new official residence of the Deputy President, purchasing of furniture from China for Members of Parliament, increased security personnel for elected officials, escort cars for Cabinet Secretaries and Governors, opulent travel for top government officials and an ambitious laptop project for primary school children. The laptop project, a flagship initiative of the Jubilee government seeks to provide free laptops to every child starting their primary education. Seemingly a worthwhile initiative, it comes against a background of a poor teacher-student ratio and lack of basic facilities like water, electricity, books and classrooms in a majority of primary schools.

Constitutional implementation and the lavish spending by appointed and elected official has pushed the government to consider increasing taxes.. In the last month, there have been delays in the payment of salaries for employees in public service. While public spending is largely a policy matter, the question arises as to whether constitutional drafters ought to explicitly present to citizens a bill on how much it would cost to implement a constitution and what that would mean for the day to day life of the citizenry.

As stated above, during the Kenyan Constitutional Review process, opponents of the draft constitutional text floated figures to indicate that the text was too ambitious. They felt that implementation would prove too costly for the Kenyan economy to bear. Honestly, they were right. The Committee of Experts that was mandated to spearhead the drafting process never came up with a costing matrix. With the challenges Kenya is facing at the moment, maybe it would have been prudent to cost implementation of each aspect of the Constitution. This would have provided a clear picture on the financial implication. In addition, it would have prepared Kenyans to know how much their ‘Kenyan dream’ would cost and would manage expectations.

An interesting question and possible research issue that may be followed up is whether a draft constitutional text would receive overwhelming approval if voters knew that they would directly bear the burden of implementation through increased taxes. Secondly, a costing matrix would easily guide policy makers and prioritise government spending.

Learning from the Kenyan experience, would Egypt, Liberia, Libya, Sierra Leone, South Sudan, Tanzania and Tunisia consider such a matrix to forewarn it citizenry of the implications of constitutional implementation? Further, regardless of the choices for constitutional design eventually made, implementing the constitutional promise is an expensive business. One hopes that the politicians in these countries will not exacerbate the already-high costs to their citizens by choosing the implementation period to increase their pay packet and car collections.