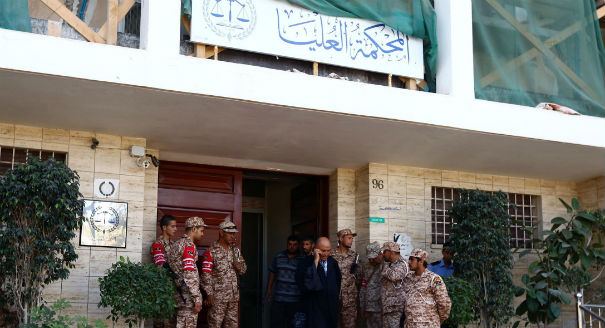 Saving Libya’s Constitution-Making Body
<p><span>Libya’s civil war has destroyed most of the nascent state institutions that emerged after the fall of Muammar Qaddafi. As such, the Constitution Drafting Assembly (CDA) is the remaining institution whose democratic legitimacy faces least dispute. However, internal tensions and external pressures could destroy this institution too, lowering the possibility of negotiating a new political order in Libya.</span></p><div>[toc hidden:1]</div>
Read the full article here: Carnegie Endowment/Sada