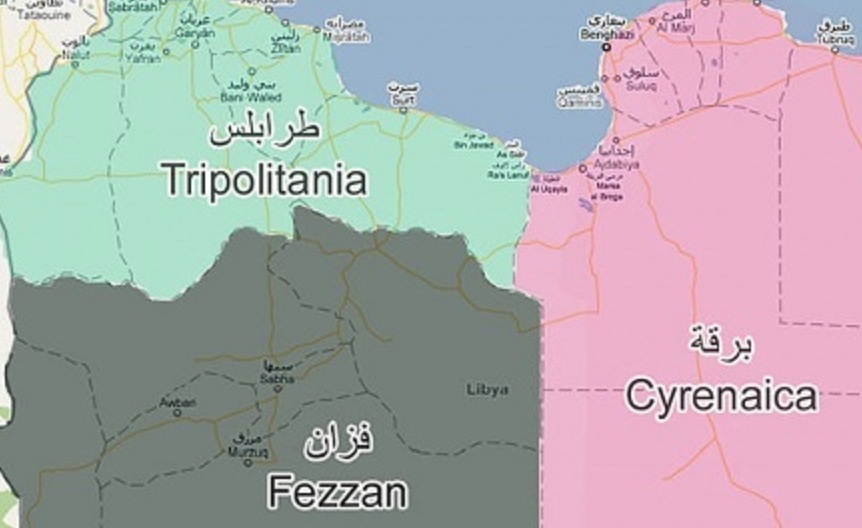 One consequence of Libya’s current political and military crises is that it has again brought to the fore the important question of what form state will best accommodate the demands of different interest-groups that are driving conflict in the country.The Constitutional Drafting Assembly (CDA) will have to resolve this issue as it struggles with the difficult task of writing a permanent constitution in a very difficult political environment. The question at the heart of the issue is whether Libya should retain its unitary structure or go back to a federal system.

It should be recalled that at independence in 1951, Libya embraced a federal system before abandoning it in favour of a unified one in 1963. However, frustration with Gaddafi’s long decades of totalitarian, and overwhelmingly centralized, governance provoked demands from some Libyans for the restoration of the federal system following his ouster. The debate on the issue has since become highly polarized with others rejecting any claims for federalism on the grounds it will ultimately lead to a breakup of the country. How the CDA will reconcile these different positions is hard to tell but one thing is certain—it will not be an easy task seeing how sensitive Libyans have become over the issue.

Following the adoption of a federal system in 1951, the country was divided into three units based on the existing distinction between Tripolitania in the west, Cyrenaica in the east and Fezzan in the south. There were three sub-national governments in addition to the central government. In a country described at that time as the poorest on the planet, this choice proved to be too costly and the federal system was eventually abandoned in 1963 in favour of a unitary state.

The political and administrative powers of this central government were significantly strengthened during Gaddafi era. Important public institutions, such as the National Oil Cooperation, Libyan Airlines, and National Insurance Company, were relocated from Benghazi to Tripoli, much to the chagrin of many Cyrenaicans and Fezzans who increasingly felt marginalized. Given that 80% of Libya’s oil reserves are located in Cyrenaica, it should come as no surprise that many Cyrenaicans felt their region was treated unfairly. To Libyans from these regions therefore, Ghaddafi’s demise after the 17th February Revolution was an opportunity to repair such injustices. This has translated into demands for devolution by some and for federalism by others, in particular, the Cyrenaicans.

Federalists have since employed various methods to push their agenda. They started with the Constitutional Declaration (CD) issued by the National Transitional Council (NTC). In its initial form, the Declaration entrusted the General National Congress (GNC) with appointing CDA members, who were to be chosen from its fold. Given that the majority of the GNC members were expected to be from Tripolitania, both the poorest and most populated region, federalists feared that it would appoint members who were unsympathetic to the their cause. To allay their fears, the NTC was pressured to amend the constitutional declaration to allow the GNC to appoint CDA members from outside the GNC. In addition, the amendment required that the CDA be composed of 60 members equally divided between the three regions. This was unsatisfactory to the federalists and resulted in another amendment to the effect that the CDA would be directly elected by the Libyan people.

The federalists have, however, since realized that a draft constitution—even if it provided for a federal system— would still have to  be approved in a referendum by the Libyan citizenry. The majority live in the Western part of the country, which is anti-federalist, and therefore likely to reject any federalist constitution. As such, the federalists have adopted new strategies. In October 2013, they formed a government in Cyrenaica and divided the region into 4 municipalities. This government, however, has only symbolic power. Violence has also become a tool. In July 2013, Ibrahim Jedran, a prominent federalist, led his militia to take over four oil terminals causing a revenue loss estimated to the tune of USD14 billion.

These actions appear to only hurt the federalist cause. Al-Sadiq Al-Gherani, the Grand Mufti of Libya, and Omar Moloud, the Head of the Association of Libya’s Scholars, have labeled their actions as haram. In addition, nation-wide surveys reveal a lack of public support for the federalist cause. Aseries of surveys conducted by the University of Benghazi conducted between 2011 and 2013 have consistently showed that average support for federalism across the country, even in the Eastern region, is low,  with only eight percent in favour, as opposed to an average of sixty two percent for those against.

In an effort to ensure that it produces a draft constitution that reflects what Libyans want, the CDA has commissioned additional surveys although it is unlikely that the results will be any different from previous ones.

If these surveys are anything to go by therefore, it is unlikely that a CDA draft Constitution proposing a federal system will pass via referendum.

While it is important to write a constitution that Libyans will support, it is also important not to ignore the minority’s view.  As seen earlier, federalists have already shown how far they are ready to go to secure their needs- forcefully taking over key oil terminals and setting up their own government.

In a country where the central government is weak, it is clear that trying to force a Constitution that ignores this reality will only lead to more instability. On the other hand, a constitution that ignores the majority will fail at the referendum stage. The challenge the CDA faces is accommodating these different interests. Devolution is one option, but even then time is required to build consensus. The CDA has only up till March 2015 to finalise its work. There is division even in the east between those who prefer devolution and those who want outright federalism. Bridging this gap will be a challenge. There is still the other unknown- whether the anti-federalists in the Western region who want to maintain a strong unitary state will see devolution as an acceptable compromise.