The revision of the Gabonese Constitution: Between contestation, modernization and inconsistencies 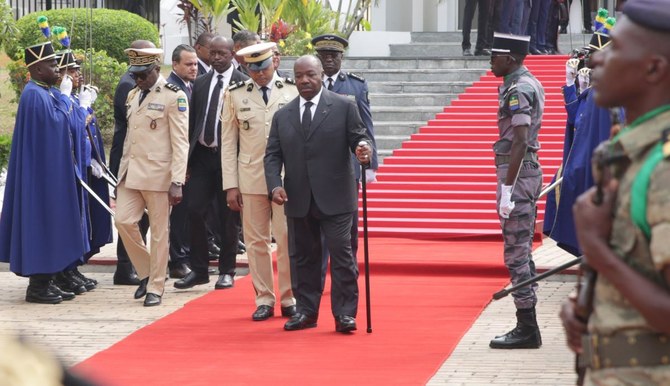 In December 2020, the Gabonese parliament approved a raft of constitutional amendments. An unusual amendment that institutes a triumvirate in the case of presidential incapacity has drawn much attention, but we should also take note of other amendments, such as the extension of presidential immunity and weakening of the office of the Vice-President – write Télesphore ONDO and Patrice MOUNDOUNGA MOUITY.

In 2018, reforms to Gabon’s constitution, previously analysed on ConstitutionNet, turned Gabon’s semi-presidential regime into a complete presidential system. Critics claimed that these changes formalized an “inherited monarchy” in Gabon, where the BONGO family has dominated the government for five decades. After the passage of the 2018 amendments that strengthened the role of the president, President Ali BONGO ONDIMBA suffered a stroke needing a long convalescence. This caused a power vacuum that was resolved by the Constitutional Court, which added a new provision to the Constitution, enabling the Vice-President to assume interim powers in the case of the president’s “temporary unavailability” (instead of triggering the existing constitutional provision for presidential vacancy or permanent incapacity that would necessitate new elections). In August 2019, President Bongo made his first public appearance ten months after suffering a stroke, and his health and fitness for office have since been a sustained topic of speculation.

It was against this backdrop, as well as during a worldwide health crisis that motivated the government to declare a constitutional state of emergency, that President Bongo initiated the current reforms. A core change is instituting a triumvirate composed of the presidents of the two houses of Parliament and the defence minister in the case of presidential vacancy or incapacity. The changes also remove the constitutional obligation to fill the role of Vice-President and institute post-presidential immunity for acts committed while in office. Despite criticism of the measures, analysed below, the National Assembly, by 120 votes for and 15 against, adopted the draft constitutional revision on December 25th, 2020. As for the Senate, it adopted the draft revision, in identical terms, on December 28th, 2020, with 75 votes for and 5 against. Before the draft’s final adoption, the President, in accordance with Article 116 of the Constitution and Article 58 of the organic law on the Constitutional Court, submitted the draft revision to the Constitutional Court for an opinion and, at the same time, for constitutional review.

Criticism of the constitutional amendments

When the draft revision of the Constitution was announced, some observers did not hide their surprise, even their disappointment. The criticisms concerned both the substance of the changes and the process of adoption – in haste, during the coronavirus pandemic.

In his speech to the nation on December 24th, 2020, an opposition leader Jean PING, who still claims victory in the 2016 presidential election, stated that this revision “is totally irrelevant and counterproductive in the current context.” For the former minister and president of the Union for the New Republic (UNPR), Louis Gaston MAYILA, the revision is contradictory, stating, “How can they tell us every day that Ali Bongo is doing well . . . and at the same time, organize his funeral?”

The opposition questioned why the changes were not being put to referendum, to give them an “undeniable democratic basis.”

During a statement made public on December 23rd, 2020, the opposition members of Parliament were also keen to express their views on the proposed revision of the Constitution, questioning the real motives of the government. In particular, the opposition questioned why the changes were not being put to referendum, which is not required by the Gabonese Constitution, but which would, according to Former Prime Minister Raymond NDONG SIMA, give them an “undeniable democratic basis.” In addition, the opposition members of parliament outlined their “concern and reservations about many changes that undoubtedly undermine the principle of separation of powers.”

Civil society organizations also criticised the changes. “Tournons la Page”, a coalition of 250 organizations that promotes democratic change in Africa, issued a statement on December 21st, 2020. It called on the government to “simply withdraw” the draft amendment to the Gabonese Constitution. According to the President Marc ONA ESSANGUI, and the Gabonese Coordinator, Nathalie ZEMO EFOUA, the movement believes that “this umpteenth amendment, by bill and not by referendum, is a deep democratic setback for a country.”

In the same line, the Gabonese citizen platform “Touche Pas à Ma Terre” demanded the withdrawal of the draft revision of the Constitution. Calling it a “rogue operation”, the members of this platform criticised that the constitutional revisions were “carried out according to the emergency procedure . . . in the context of a state of health emergency that prohibits any public debate on fundamental issues affecting the life of the Nation . . .”

Reacting to these virulent attacks, the government restated that the objective of the revision project was to fill a legal void and ensure “consensus, continuity of the State and stability”, and especially, as noted by Michel Phillipe NZE, national secretary of the ruling Gabonese Democratic Party, the revision of the Constitution fills the legal lacuna experienced when President Ali BONGO was temporarily incapacitated by a stroke two years ago.

Analysis of the new provisions

Beyond partisan polemics, the revisions contain important changes. They incorporate several Constitutional Court decisions related to the interpretation of certain articles and on the regulation of State institutions. The changes also address certain institutional and democratic concerns and consolidate the democratic rule of law.

More concretely, the constitutional revision aims to fill the legal vacuum caused by a situation that would endanger the regular running of institutions and public authorities. On this point, in the event of a presidential vacancy or his temporary or permanent incapacity, Article 13 institutes a triumvirate composed of the presidents of the two houses of Parliament and the defence minister. The triumvirate will thus make it possible to better manage the transition and will exclude these three people from running in the subsequent presidential election.

The decision-making methods and order of precedence within the triumvirate remain undefined and may be a source of institutional blockages.

While this provision was heavily criticized as side-stepping the authority of the Prime Minister, the government insists that the objective is to strengthen the democratic process in the case of the president’s incapacity. According to Jessye ELLA EKOGHA, spokesperson for the presidency, the president of the National Assembly was chosen “as an elected representative of the people and he is therefore the representative of the people. The Minister of Defence is there for the safety of the population. And finally, the President of the Senate like his colleague from the National Assembly brings institutional stability.” Nevertheless, the undefined mode of decision-making within the triumvirate and order of precedence between the personalities may be a source of institutional blockages. Moreover, the choice of the Minister of National Defence rather than the Prime Minister in the trio could weaken the latter’s position during the transition period.

Beyond, the new amendments seek to enable Parliament and the Constitutional Court to exercise their functions safely and without arbitrary interference. For this reason, the revised Article 7 criminalizes endangerment of these institutions as high treason, while Article 38 prevents any judicial procedure against parliamentarians or lifting parliamentary immunity unless by a majority vote of two-thirds of the members composing the concerned chamber.

While all 67 senators were previously indirectly elected through municipal councils and regional assemblies, the President can now appoint 15 senators.

While all 67 senators were previously indirectly elected through municipal councils and regional assemblies, Article 35 now allows the President to appoint 15 senators. If handled with wisdom and tact by the President, this will allow certain people who have rendered or are rendering important services to the nation, but who are disinterested in political affairs or electoral jousting, to become senators, and will also open the Upper House to the leaders of minor political formations.

Other innovations include: strengthening the efficiency of Parliament by instituting, as in France in 1995, a single nine-month session per year, instead of the previous system of two three-month sessions per year (Articles 41 and 48); the possibility for one house of Parliament to exercise full parliamentary powers in the event of the other house’s cessation for any reason (Article 36); and the issuance of executive budgetary ordinances in the event that Parliament fails to adopt the finance law within the constitutional time limit (Article 48). Moreover, if the houses adopt a text in non-identical terms because of a disagreement between the two houses, it is now the presidents of the Senate and the National Assembly, and no longer the Prime Minister, who convene the parliamentarians in a joint committee to harmonize the text (Article 58a). If the disagreement persists, the National Assembly takes the initiative and definitively adopts the text.

In relation to the President, the new text specifies in Article 78 that the High Court of Justice shall judge the President of the Republic where he is accused of violating his Oath of Office, or of high treason for acts committed in the exercise of his functions. This means that when the president leaves office he can no longer be prosecuted, not only for the crime of high treason and violation of the oath, but also for all acts committed in the exercise of power or the performance of his duties. Before this revision, the President was subject to the ordinary courts for all other acts committed during his term of office, meaning that the revision will extend the president’s lack of accountability. The draft text also raises the voting threshold for presidential impeachment from an absolute majority to two-thirds of the Senate and the National Assembly.

Despite the features that encourage political and institutional modernization, the reform has some important limitations . . .

All in all, the constitutional revision of 2020 has a dual objective: a partial modernisation of the institutions, on the one hand, and a desire to preserve and protect, to the utmost, the institutions and the people who embody them, on the other hand. Between the two, the Gabonese people seem to be the biggest losers.