Reforming the Gabonese Constitution: An unprecedented, but limited, participatory process and an empowered presidency 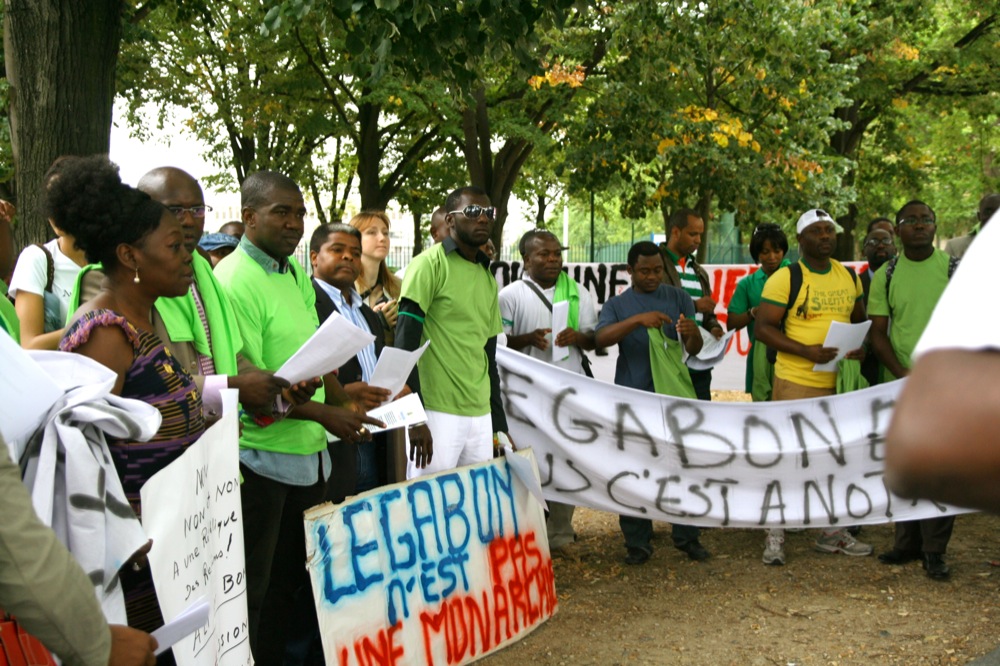 The latest Gabonese constitutional reform process involved a token of participation and engagement unprecedented in Gabonese history. Parliament and the Constitutional Court also showed a level of autonomy from the government. Nevertheless, significant proposals from opposition groups and CSOs were not passed. Moreover, the amendments largely expand, rather than limit, the term and powers of the presidency – write Moundounga Mouity and Ondo.

In January 2018, the Gabonese Parliament adopted a number of constitutional amendments. The constitutional revision stems from the outcomes of a national dialogue process established following the violence in the aftermath of the August 2016 presidential elections. The revision constitutes the seventh time the 1991 Constitution has been amended and affects significant aspects of the constitutional and political framework.

For decades, the Gabonese constitution has been obsolete, poorly adapted to the requirements engendered by political modernity, unable to create democratic alternatives, to build a real rule of law, to pacify social and political relations, and to guarantee an efficient financial governance. Accordingly, since 2011, the Gabonese opposition, alongside civil society organizations, have been calling for a Sovereign National Conference to examine and address the constitutional challenges. In response, President Ali Bongo Ondimba, who succeeded his late father in 2009, proposed an amendment to the law on the National Democratic Council, a political institution in charge of promoting democracy and the settlement of political disputes, and composed of the legally constituted opposition, the ruling party and civil society organizations. The governing majority considered the Council as the appropriate political forum to suggest necessary institutional revisions to the authorized bodies. But this was not pursued.

In the last presidential election of 27 August 2016, the strong objections from opposition groups, who refused to concede defeat, reinforced by a bitter financial crisis, set the country on a path to instability. In this context, President Ali Bongo Ondimba organized a National Political Dialogue in April and May 2017. Many officially recognized political parties, civil society organizations, and prominent personalities took part in this dialogue. Radical opponents close to Jean Ping, the losing candidate in the 2016 presidential elections, strongly demanded constitutional amendments. The Dialogue was held in two stages: the first with citizen representatives, civil society organizations and various other groups, and the second with political parties.

The outcomes of the Dialogue provided the basis for the government to adopt draft constitutional amendments on 28 September 2017 and introduced the draft to the National Assembly (lower house) in mid-October 2017.

Content of the reforms: An empowered presidency with no term limits

The constitutional revision affects a large part of the 1991 Constitution and deals with a broad range of issues. A progressive aspect of the reforms relates to the inclusion of a provision to enhance the representation of women, the youth, and persons with disabilities in political and professions institutions. Despite their numerical strength, women and youth continue to be highly underrepresented in representative institutions. The amendment paves the way to address this anomaly. While the constitutional amendment does not specify how the enhanced representation would be achieved, relevant laws and policies aim for a quota of 30% for both women and the youth.

The amendments revise the manner of election of the president from plurality to majority runoff.

Institutionally, the amendments revise the manner of election of the president. As such, a presidential candidate will only win an election if he or she receives 50%+1 of the votes cast. Previously, the first-past-the-post system applied. In cases where no candidate reaches the 50%+1 threshold, a second runoff election will be held between the two top candidates in the first round. Despite opposition demands, the reforms do not include presidential term limits. The amendments also clarify the relations between the President of the Republic and the Prime Minister. Under the reforms, the president will have the power to determine the policy of the nation. Under the 1991 constitution, the president was expected to determine policy in concert with the government. Furthermore, under the amendments, government ministers will be required take an oath of allegiance to the president.

The amendments also strengthen the supervisory role of parliament to assess public policies with the assistance of the Auditor General. The Auditor General is empowered to ensure the regularity and accuracy of public accounts, and the evaluation of public policies and performance. The reforms also clarify the advisory powers of the Council of State and strengthen its jurisdictional powers, including the power to review all regulatory acts and disputes regarding local elections, matters which fell within the exclusive jurisdiction of the Constitutional Court.

The reform does not reinstate term limits on presidents and leaves intact presidential powers.

While the reforms are extensive, not all agreements and arrangements emanating from the Political Dialogue were incorporated, as parliament questioned several provisions of the outcome, such as the term of office of parliamentarians or the enshrining of provisions on cohabitation in the executive. Similarly, the demands of opposition groups to constitutionalize the National Democratic Council, to ensure its financial and administrative independence, and to empower it to propose constitutional amendments were rejected.

Crucially, the reform removes the term limits on presidents and leaves intact presidential powers because of an apparent political consensus in the ruling party on the omnipotence of the presidential institution. This highlights the clear gap between the popular demand for an institutional revolution and the slow reformism that characterizes rather conservative political leaders. In fact, the reforms have overall empowered the office of the president.

Opposition and support for the reforms

The amendments have drawn mixed reactions. For some, this amendment project seeks to formalize the political status quo that has lasted for decades, i.e. an inherited monarchy in Gabon. Jean-Christophe OWONO NGUEMA, a senator from the Union National (UN) political party, indicated that ‘the revision project plainly aims at dissolving the Republican system’ and called for ‘all citizens to reject the constitutional revision by causing chaos’. Similarly, Zacharie MYBOTO, the leader of Union National, described this project as ‘a big chaos in the balance of power originating from the National Conference Agreement’. He berated ‘the act of converting the Republic into a monarchy’ and the major democratic decline that aim at conferring all the powers on the presidency. The reforms turn the semi-presidential regime into a complete presidential system, thereby making the Prime Minister a foreman in his blue-collars, like other government members. He further lamented that ‘as a purpose, this project leads the Head of State, his acolytes, and other confidents to impunity’.

In response, the government spokesperson, Alain Claude BILLIE-BI NZE, stated that ‘neither the governing party nor the opposition wants monarchy in Gabon. No decision has been taken in this sense during the Political Dialogue’, and questioned the suggestion that a presidential regime cannot ‘guarantee liberties and the applicability of democracy in the country’. The Assistant General Secretary of the governing Parti Democratique Gabonais (PDG), Fidèle ANGOUE MBA, similarly lamented ‘the lack of maturity and believability from the radical opponents’. The Minister of State, Justice, and the Seal Guardsman, Francis NKEA, at the parliament, pointed out that the draft constitutional revision reflects ‘the will of the government to put into practice the recommendations arising from the Political Dialogue’.

The Constitutional Court not only required the reformulation of a number of provisions, but also disapproved some amendments, which were removed.

Despite the objections, as a result of the dominance of the ruling party, the lower house of parliament overwhelmingly approved the proposed amendments on 14 December 2017. The Senate also approved the amendments on 4 January 2018, but not in the same terms. Accordingly, the Prime Minister summoned the two legislative houses to establish a joint commission to consider and  propose a harmonized text for adoption by each house. Following this procedure, a final draft amendment was adopted on 5 January 2018. Subsequently, as constitutionally required, the Prime Minister submitted the amendments to the Constitutional Court before the final adoption in the two houses sitting together. On 10 January 2018, in addition to suggesting the reformulation of the wording of a number of the amendments, the Court found unconstitutional the parliamentary proposal to make the terms of office of the members of the local assemblies coincide with that of the senators. The relevant amendment proposal was therefore removed. The Parliamentary Congress was summoned the same day, and adopted the constitutional amendments, as revised by the Constitutional Court, with more than 2/3 of the votes.

Beyond the controversies, the constitutional revision has taken into account the preoccupations and proposals expressed by the diverse ruling bodies in the final report on the Political Dialogue. It broadly aims at developing constitutional institutions, solidifying the rule of law, and reinforcing a participatory and pluralist democratic system.

Nevertheless, the reform process also holds some restrictions. First, the fact that some radical opponents did not take part in the Political Dialogue undermined the broader acceptance and richness of the reforms. Moreover, contributions from civil society organizations did not significantly influence the revision. Indeed, CSOs disputed the outcome of the Political Dialogue and the memorandum of understanding on the grounds that a number of their proposals, such as the removal of the President of the Republic from the Superior Council of the Judiciary and the reconstitution of the Electoral Commission to enhance the representation of opposition groups and CSOs, were not incorporated in the amendments. Finally, the limited involvement of the population in the reform process is not likely to guarantee the strengthening of the legitimacy of the institutions and therefore of the Constitution.

The fact that some radical opponents did not take part in the Political Dialogue undermined the broader acceptance and richness of the reforms.

Overall, two main lessons may be drawn from the constitutional reform process. First, the intense democratic debate allowed the removal of polemical provisions from the draft revision. The voice of the opposition was still there. However, it is imperative that the opposition leaves its strategy of withdrawal, to be more audible, more participative, constructive and republican and thus play its role of political counterweight.

From an institutional point of view, there has been a real takeoff of the parliamentary houses. For the first time in the history of Gabon, the National Assembly, then the Senate, composed by an overwhelming majority of parliamentarians from the ruling party, not only amended the draft revision proposed by the government, but also adopted the text in non-identical terms, before harmonizing it in the joint commission. In addition, for the first time, the Constitutional Court was seized to give its opinion on draft constitutional amendments, some of which were rewritten or withdrawn. This revival of constitutional counter-powers shows that the strength and value of institutions depend on the will and quality of the men and women who animate them. It is hoped that the creatures have finally escaped the hands of their creator.