The Counter Terrorism and Security Bill: A Potential Further Erosion of Citizenship Rights in the United Kingdom 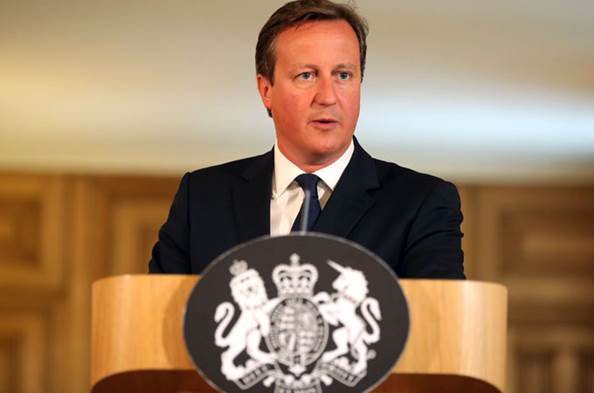 The Counter Terrorism and Security Bill was introduced into the British House of Commons on 7 January 2015. The Bill is the subject of a semi-fast-track procedure, which has already raised concerns that parliamentarians will not have enough time to conduct effective scrutiny of the proposals. Chapter One of the Bill provides for a new power to seize travel documents from individuals suspected of terrorism and Chapter Two of the Bill makes provision for “temporary exclusion orders” (TEOs). These TEOs would allow the Home Secretary to make an executive order if there is “reasonable suspicion” that an individual has been involved in terrorism or terrorism related activity outside of the United Kingdom. Such orders may remain in force for up to two years and have the effect of invalidating an individual’s UK passport whilst abroad. This means that affected individuals can only return to the UK if they become the subject of a “managed return”. During a “managed return” the Home Secretary issues the individual a temporary permit to return and may impose additional conditions on individuals once they reach UK soil. Such conditions include obligations to report regularly to a police station and to notify the police of their place of residence, restrictions on work and study, and other requirements consistent with the existing Terrorism Prevention and Investigation Measures Act 2011. In the Bill’s present form, these orders are to be made without judicial oversight of any kind, and this has attracted strong criticism from the UK parliamentary Joint Committee on Human Rights (JCHR).  Chapter One proposals apply to all British citizens (whether by birth or naturalisation) and Chapter Two applies only to persons holding dual nationality.

On the one hand, the Bill can be seen as a response to reports of the increasing number of British citizens travelling abroad to fight and train with Islamist terrorist organisations, as official figures suggesting that more than 500 Britons may have travelled abroad to engage in such activities. The House of Lords Constitution Committee also speculated that the Bill was motivated by the Joint Terrorism Analysis Centre (JTAC) decision in August 2014 to raise the threat level against the UK from “substantial” to “severe”. This change in circumstances means that a terrorist attack against the UK is “highly likely”. Moreover, in the wake of recent Islamist attacks in France, Andrew Parker, Director General of MI5 (the domestic Security Service) commented that evidence pointed to plots of a similar “mass casualty attack” on UK soil. Even though these recent events remain the source of open wounds (both emotional and physical), it is difficult to view these new proposals as anything other than an extension of the worrying dilution of citizenship that has occurred since the 9/11 attacks[1].

The power to “denaturalise” persons has existed on the UK statute books since the Naturalisation Act of 1870, and until recently the power has become restricted and its use rarefied. The use of “closed” or “secret” evidence departs radically from ordinary civil justice known under a procedure known as the Closed Material Procedure (CMP). A CMP allows the government to use secret evidence by dividing a court hearing into “open” and “closed” sessions which include “open” and “closed” judgments. During the closed proceedings the affected individual and his own lawyer are excluded from the hearing, and their representation is undertaken by a government appointed, security-cleared lawyer known as a Special Advocate. Once the Special Advocate has seen the closed evidence against the individual it is unlikely that he or she will be able to communicate with the suspect again regarding the evidence. In some cases, the individual is entitled to a minimum core of information about the closed hearing known as a “gist” (a non-sensitive summary of information approved by the government) but in immigration and deprivation of citizenship proceedings not even this meagre concession to fairness is guaranteed. The proposals for judicial review of the powers described in the Counter Terrorism and Security Bill currently provide for such closed hearings to take place. However, they fall seriously short of parallel powers on the British statute books: as they provide for neither the availability of Special Advocates, nor the making of gists to assist the affected individual and his lawyers to make his or her case.

The Bill continues a trend towards the broadening of the deprivation of citizenship power and the weakening of legal procedural protection. So much so, that deprivation of citizenship can now be applied retrospectively and on the basis of closed evidence. Historically, under the British Nationality Act of 1948 denaturalisation could take place only in the event of “disloyalty [to Her Majesty], trading with the enemy, criminality, commitment and fraudulent acquisition”. But the Nationality, Immigration, and Asylum Act 2002 introduced by the New Labour government significantly broadened the denaturalisation criteria. Section 4 altered the test to merit denaturalisation where ‘the Secretary of State is satisfied that the person has done anything seriously prejudicial to the vital interests of’ the United Kingdom or a British overseas territory. The 2002 Act also took the unprecedented step of applying the power to all types of citizens, i.e. those by birth or naturalisation. Thereafter the Nationality, Immigration, and Asylum Act 2006 further lowered the threshold of denaturalisation by replacing the “seriously prejudicial to the vital interests” test with the requirement that an individual’s holding of citizenship was “not conducive to the public good”. This test is considerably less rigorous, and it reflected the sentiment that further counterterrorism law reform was required to counteract Islamic extremism after the London bombings of July 7, 2005. In a high profile press conference following the bombings, then Prime Minister Tony Blair announced that: “Let no one be in any doubt that the rules of the game are changing.”

In 2014 the power to denaturalise was expanded even further by the Conservative and Liberal Democrat Coalition government. Section 66 of the Immigration Act 2014 introduced a new presumption of retrospective effect by augmenting the “not conducive to the public good test”.  Section 66 allows citizenship to be deprived on the basis of conduct which took place ‘before this section came into force.’ Moreover, this retrospective power can be used without prior judicial approval.

As executive discretion has expanded, legal protections have in turn weakened. Challenges relating to the impracticalities from appealing against denaturalisation or exclusion decisions taken whilst the suspect was abroad have already been rejected by the courts. In 2012 an individual known as ‘G1’ was deprived of citizenship under section 40 of the British Nationality Act 1981 whilst abroad and subsequently prevented from returning to the United Kingdom to appeal in person before the courts. The Court of Appeal ruled that despite an appeal from overseas having ‘a degree of unreality about it’ the power to exclude a citizen was a feature of the residual ‘legal authority remaining in the hands of the Crown which Parliament has not abrogated or modified’ through enacting section 40(2) of the British Nationality Act 1981. To that end, requiring G1 to appeal from Sudan was legal because ‘the legislature intended to allow deprivation and deportation appeal proceedings to take place concurrently.’ Regarding the practicalities of mounting an appeal from abroad, the Court of Appeal commented that the Secretary of State ‘has a substantial case…to the effect that the appellant would be perfectly able to pursue his appeal, and give evidence and instructions, from the Sudan’. Moreover, the burden of proving any difficulties in this regard fell firmly upon the appellant. This decision goes against a long common law tradition of the right to face one’s accusers in person.

Alongside the weakening of procedural protection it should be noted that judicial scrutiny of executive decisions in the realm of counterterrorism is often far from searching in its approach to review of substance. Deference to executive assessments of national security evidence is often substantial. Y1 had been deprived of citizenship on the basis of both open and closed material. The Secretary of State had reached this decision on the basis that it was ‘conducive to the public good’ because Y1 had allegedly travelled to Pakistan for terrorism related training and also to possibly participate in acts of terrorism on the Pakistan/Afghanistan border. Y1 appealed on the grounds that the deprivation constituted an unlawful infringement of his Article 8(1) ECHR rights and that there was no proof of his intention to prepare or commit an act or acts of terrorism in the United Kingdom. Here, the court re-emphasised the need for deference to the executive. The correct test was not whether the suspect was a danger to national security in fact, but whether (s)he ‘represent[ed] such a danger’. In practical terms this meant that lower courts should attach great weight to executive judgments of individuals and the Home Secretary was entitled to apply a ‘preventative or precautionary approach’.

The Counter Terrorism and Security Bill represents a new chapter in an all too familiar story in British post-9/11 counter terrorism legislative policy. The combination of increased executive discretion and weakening of legal protection (of a procedural and substantive nature) has contributed to a serious erosion in the most meaningful of rights. In the wake of the atrocities of World War II when nations joined together to declare “never again” in the wake of mass human rights violations and statelessness. Whilst international human rights treaties have proliferated, citizenship nonetheless remains vitally important. In the words of Hannah Arendt, citizenship remains “the right to have rights.”

[1] The tension between fundamental rights and national security is a recurring theme also discussed in pieces from Kenya, Pakistan and France in this month’s series of Voices from the Field.