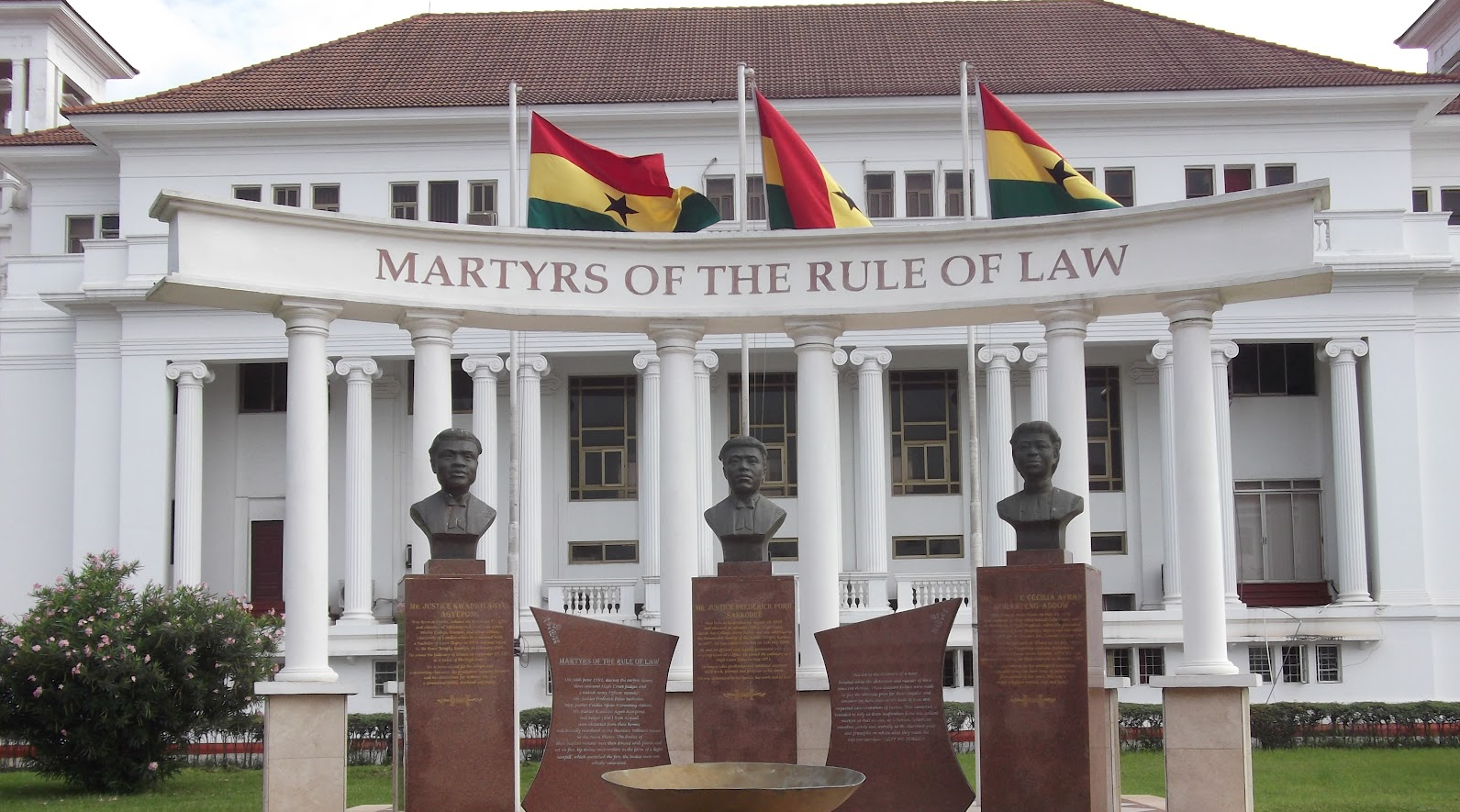 Earlier this summer, Professor Stephen Kwaku Asare — a Ghanaian legal academic — filed a suit at the Supreme Court of Ghana challenging the constitutionality of Ghana’s constitutional review process commenced in January 2010. In principle, the Court is set to hear the petition on December 2. Should it find for the Petitioner—although the possibility of this happening at this stage might be remote even if just for practical reasons—, it could derail the entire process and send everyone back to the drawing board. But what does the petition itself, and the dynamics resulting from it tell us about the politics and hurdles of constitutional reform in contexts enjoying relative economic and political stability such as Ghana?

Unlike many of its contemporaries—Egypt, Kenya, Libya, Nepal, Tunisia, Zimbabwe or Zambia—where conflict, political crises or years of entrenched political and economic misgovernance has driven constitutional reform, Ghana’s late President John Atta Mills initiated the country’s constitutional process with the objective of consolidating the gains of Ghana’s democratic project which was birthed with a new Constitution in 1992.

Although the economy has recently taken a downturn due in part to what some sources see as the world’s worst currency slide, this democratic project, for the most part of the last few years, has also been accompanied by positive economic growth. According to the African Development Bank, this was driven largely by service-oriented sectors and industry, which on average grew at a rate of 9.0% over the five years up to 2013.

Following two years of extensive public consultation with Ghanaians at home and in the diaspora, the Constitutional Review Commission (CRC), set up to oversee the process  released a 1000 page report of recommendations in December 2011. The highlights of the report are proposed amendments to 34 entrenched clauses and the addition of seven new entrenched clauses. These clauses in  Ghanaian constitutional usage— it must be noted—refer not necessarily to immutable or unamendable provisions but rather provisions whose amendability per Article 290 (4) require:  a) a national referendum, and b) at least 40% of eligible voters to vote in that referendum, with at least 75% voting in favour for them to pass.  These proposed amendments include, amongst others, those related to the presidential power of clemency, the president’s power to appoint ministers, and the death penalty. Voters are expected to vote on these proposals in a referendum, whose date is yet to be fixed.  Additionally, the report recommended the establishment of a Constitutional Review Implementation Committee (CRIC), to oversee the implementation of the recommendations. The latter was created in September 2012.

At the heart of Professor Asare’s claim is the question of who has power to initiate constitutional review or amendment processes.  While opinion over the exact role of Parliament  in the process, particularly of entrenched provisions under Article 290, remains divided, Article 279(1) upon which the late Atta Mills relied authorizes the President if s/he is “satisfied that a commission of inquiry should be appointed” to appoint such a commission to inquire into “any matter of public interest”. Professor Asare’s core argument on this point—which has remained largely unchallenged—is that a comprehensive review of the constitution is an act sui generis, and not just ‘any’ matter of public interest that is to be governed by the generic provisions relating to ad hoc commissions of inquiry  under Article 279(1). As such, Parliament in Asare’s view is the sole body that can initiate, consider and propose amendments to the Constitution.

That power, Asare further contends is not only plenary and exclusive but also cannot be delegated to or usurped by the President.

The President’s role, he contends further, is limited to the ministerial task of giving assent to bills properly passed by Parliament. In addition, he argues that the President has no power to set up a commission or to draft constitutional amendment bills. To that extent, it is the plaintiff’s case that the setting up of the CRC, all actions taken by the it, the establishment of the CRIC and all its actions are unlawful, unconstitutional, impermissible, null, void and of no effect.

Professor Asare’s challenge is important in a number of important respects: it has brought to light the ambiguity surrounding the interpretation of the amendment provisions of the Constitution and reopened debates on the exact role of Parliament’s authority under Article 290 in the constitutional review process. The relevant subsections of this provision—290(2) and (5)— stipulate that a bill for the amendment of an entrenched provision shall be referred by the Speaker of Parliament to the Council of State for its advice “before Parliament proceeds to consider it”, and that “where the bill is approved at the referendum, Parliament shall pass it.”

Opinion is divided on their full meaning of these sparsely phrased rules. One school argues that Parliament, beyond serving as a courier between the Executive, the Council of State and the Electoral Commission, has no real role in the amendment process of an entrenched provision. In their view, Article 290 prescribes no more than a coordinating role for Parliament. The second school asserts that Parliament is entitled to alter significantly and even have the “final say” on the nature of the provisions that are put to a referendum.

Additionally, the Petitioner’s claim has opened up the CRIC’s work to even greater scrutiny than before. This scrutiny is revealing other shortcomings—in the lack of transparency and participation—which further weaken any legitimacy the process still may enjoy.

The lack of transparency has become a key issue, causing some to doubt the good faith and commitment to openness, of those managing the process. Adopting an approach which some observers note is completely antithetical to that which was used by the CRC, the CRIC has espoused and maintained a very reclusive—if not secretive— approach to its work.

According to [a joint statement issued by] the Institute of Democratic Governance and the Civic Forum Initiative; ‘The Ghanaian public has had little or no opportunity to engage with and understand the work of the CRIC. Very few people therefore know and understand the actual issues on which the forthcoming referendum would be conducted. Yet […] voters would be required to cast a simple ‘Yes’ or ‘No’ vote.”

The Committee is also criticized for turning away new proposals for review of the constitutional document. Cautioning against what he describes as a ‘hasty approach’ to constitutional review, Professor Quashigah of the University of Ghana Law Faculty notes that “a ‘closed door’ process is incorrect and is not supported by the general reading of the constitution.”

The Committee not only refutes the claims but continues to defend its approach.

“[It] is working in camera most of the time because its work entails ploughing through the 960-page report. The recommendations are in many pages and we have to take them one by one and advise the agencies concerned and when doing that, the public may not be aware,” says the CRIC Chairperson, Professor E.V.O Dankwa.

Considering the specific mandate of the CRIC, this is an unusual response. In fact, while emphasizing the need to base its work on the CRC’s report and on the Government White Paper issued in response to the report, the Committee’s constituting instruments also require the body to ‘develop based on […] the public reactions to [the report and white paper], constitution amendment bills for both the entrenched and non-entrenched provisions of the Constitution.’

In essence therefore, a civic engagement mandate was written into the CRIC’s terms of reference, which it is deliberately ignoring. This reluctance to appreciate the sensitive nature of a review process and the need for greater transparency has gradually proven to be the Achilles heels of the process. It could well be responsible for the failure of what was an ambitious attempt at consolidating the gains of a nascent democratic culture.

As academics and opinion leaders in Ghana debate the constitutionality of the reform process, one thing that is clear is that the approach and practice of the CRIC  has not only failed to provide much needed answers but also, it has derailed the significant cross-sectorial consensus that the CRC managed to achieve regarding the recommendations for constitution reform.

This, together with the Supreme Court’s pending verdict on Asare’s challenge highlights some of the challenges and complexities of designing and implementing a constitutional reform agenda even in contexts of relative peace, stability and democratic progress.

Mawuse Vormawor is a legal and policy researcher with the office of the President of the Republic of Ghana. He tweets @barkervogues