Brazil’s Frenetic Pace of Constitutional Change under Bolsonaro: Why and What Next? 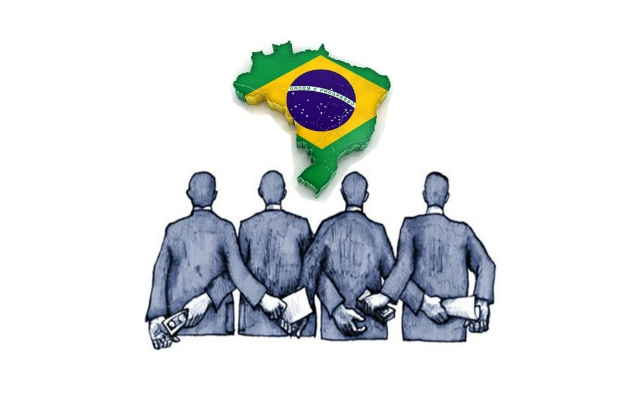 Since Jair Bolsonaro became president in 2019, Brazil’s usual rapid pace of constitutional change has become even more frenetic. In his three-and-a-half years in office, Congress has already passed 26 constitutional amendments. What is the connection between the pace and substance of these amendments and Bolsanro’s autocratizing strategy, the adoption of an informal co-optation semi-presidentialism? And how will Brazil’s next president operate in a system where the mechanisms for good governance and institutional stability have been severly undermined? - writes Juliano Zaiden Benvindo

A fascinating discussion in comparative constitutional law is why some countries amend the constitution more often than others. The discussion ranges from formal features such as constitutional design to more amorphous ones such as culture, but the truth is that neither formal nor abstract causes seem to provide an accurate explanation as to why one country differs so radically from the other, even despite contextual and design similarities. Brazil’s 1988 Constitution is among the most amended and is, by some measures, an outlier in comparison to other Latin American countries. From 1988 to 2018, the Brazilian Constitution was amended 105 times (99 times through the regular amendment procedure and six times through the revision procedure that took place five years after the promulgation of the Constitution). The Brazilian Constitution is long (roughly 65,000 words) and very detail-oriented, but, still, the numbers are already staggering: they amount to 3.5 constitutional amendments a year. Since Jair Bolsonaro took the presidency, however, such a rapid pace of constitutional change has become even more frenetic. In his three-and-a-half years in office, Congress has already passed 26 constitutional amendments, so roughly 7.5 constitutional amendments a year, probably a world record. This is an anomaly, for sure, especially since the voting threshold for amendments is three-fifths of the members of both Houses, but it also begs the question of whether such changes are a symptom of a country that is passing through its most severe test of democratic resilience since democracy was reinstated in 1985 after 21 years of military rule. What is going on in Brazil?

A gradual shift of power under Brazil’s “coalition presidentialism”

There is no simple answer, but a major feature of the Bolsonaro government has been the disruption of the usual dynamics created under Brazil’s “coalition presidentialism” since re-democratization. This system is marked by the combination of proportional representation, a multi – and highly fragmentary – party system, and a presidential system of government, which is comparatively rather unusual. In practical terms, it means that elected presidents lead minority governments, so they need to build strong coalitions with diverse political parties to reach a sustainable majority to pass legislation and advance the government’s agenda. This system has raised several controversies among scholars, some arguing that it can be very dysfunctional because it fosters gridlocks and clientelism, while others have stated that “the association between multiparty presidentialism and sustainable democracy is now beyond dispute” and that “the combination of presidentialism and a multiparty system is not necessarily a threat to governmental performance.” This debate has provided important insights about the best design for presidential systems in comparison to other systems of government, though it also proves that design, while strongly relevant, is not enough. Despite such controversies, there is a reasonable consensus that “coalition presidentialism” can only achieve some stability and functionality with effective central coordination.

President Bolsonaro’s first year featured daily confrontations with Congress and an inability to advance his agenda...

Whenever central coordination was effective in Brazil’s “coalition presidentialism,” the  number and success of legislative proposals from the executive were “not that different from parliamentarian countries.” On the other hand, its vulnerability to clientelism and corruption gained momentum once that coordination was weakened. President Bolsonaro’s first year featured daily confrontations with Congress and an inability to advance his agenda, while members of Congress seized the opportunity to advance their own. However, such behavior radically changed from President Bolsonaro’s second year in office onwards: as his popular support began waning and the possibility of impeachment increased, instead of challenging Congress, a perverse mutualism between both branches started to take shape. The shift, which has paradoxically been Bolsonaro’s most successful autocratizing strategy, has severely undermined the presidential powers of coordinating the governmental agenda, especially in cases that it does not bring direct dividends to congresspersons.

“He who controls the purse strings makes the rules”

Congress – and particularly the presidents of both Houses – has increasingly controlled the distribution of budgetary grants to lawmakers, an incentive formerly mostly reserved for the government. In fact, Congress’ control over the free spending share of the federal budget jumped from 4% in 2014 to 24.57% in 2022, an anomaly in comparative perspective. Budgetary grants, which are shares of the federal budget distributed to lawmakers for specific projects, are a typical instrument in presidential systems to sustain a coalition, but as President Bolsonaro has progressively lost social and institutional support, the trade-off with Congress to avoid a potential impeachment has been to transfer control over large sums of the federal budget to it. Such a move began in 2019 and intensified in the following years by distorting the so-called “rapporteur-designated budgetary grants,” which were originally aimed at only correcting mistakes and filling budget gaps, but then transformed into a bargaining chip as it is does not identify the congressman who receives the grant, only the rapporteur. Such a practice is operated without transparency and central coordination, thereby fostering further clientelism, pork-barrel spending, and corruption. It is a perverse symbiosis that has transformed the presidents of both Houses of Congress, and in particular Deputy Arthur Lira, the Speaker of the House, into de facto the strongest men in such a relationship. Bolsonaro still has large social support (around 30-35% of the electorate), so he is still useful, but his government has little room to maneuver, showing the increasingly inaccurate characterization of the political dynamics as “coalition presidentialism”. As Congress and, particularly, the Speaker of the House, has become the key player of the federal budget, Brazil’s system of government has transitioned to a sort of informal co-optation semi-presidentialism.

The move to co-optation semi-presidentialism

In such a system, constitutional amendments, like any other legislation, can be more easily approved in Congress as long as they provide mutual benefits for both branches. Opposition has little say when such a torrent of public money is pouring into congresspeople’s constituencies (or into their own pockets) with little or no accountability. As this system is so beneficial for congresspeople’s interests, even procedural rules of deliberation have been abused because they are a hindrance to speedy approval of legislation. The Speaker of the House, Deputy Arthur Lira, has adopted various strategies to subvert those rules, such as remote voting and bypassing prior mandatory deliberation in specific committees, which are unquestionably formally unconstitutional. Still, the Supreme Court, comparatively strong in matters of interbranch conflicts, and which has already ruled that constitutional amendments can be unconstitutional because of either formal or material grounds, has mostly not intervened and has been extremely self-restrained. Its restraint is due to President Bolsonaro’s continuous attacks on the Court, leading to excessive caution, which can prove to be a very dangerous game. After all, the Court, even if seemingly acting strategically, may miscalculate its own strength to combat President Bolsonaro’s clear intent to disrupt every single check on his powers.

This is a scenario that was not seen during the normal years of “coalition presidentialism,” and it certainly helps explain why Brazil, which quite frequently amended its Constitution, reached such a frenetic pace during Bolsonaro’s years. There is a caveat, though. In previous years constitutional amendments did not, at least formally, touch the core of the Constitution, i.e., the system of government, its institutional design, the separation of powers, and constitutional rights and guarantees. Most of the constitutional amendments before 2018 focused on secondary or incidental issues, and few were really aimed at more significantly changing the functioning of Brazil’s constitutionalism (with the exception of, for instance, Constitutional Amendment n. 16/97, which permitted reelection for a single subsequent term for presidents, governors and mayors). As for constitutional rights and guarantees, the 1988 Constitution features an extensive bill of rights, protected by an unamendability clause, though attacks on them, also targeting social rights, have been more common lately.

The increasing encroachment of constitutional amendments on fundamental constitutional principles increased after President Dilma Rousseff’s impeachment in 2016 and intensified further since President Bolsonaro took office in 2019. Several statutes and some constitutional amendments have been approved that, unlike before, have increasingly affected some core social democratic principles, particularly labor protection and social security. Moreover, changes, like the Constitutional Amendment n. 95, which was approved in 2016 and set a public spending cap for twenty years, have strongly affected the funding of sectors such as education, culture, protection of minorities, and health, a phenomenon that has intensified during Bolsonaro’s years. The most recent constitutional amendments, on the contrary, increase social spending, though some with the sole purpose of obtaining electoral dividends as Bolsonaro’s reelection seems increasingly unlikely. There has been an upsurge of amendments to increase public spending by bypassing either legal or constitutional fiscal rules. The pace has been so intense that, in some circumstances, it might be easier to amend the Constitution than changing the specific legislation on fiscal rules. Rodrigo Kanayama, a Professor of Public Law at the Federal University of Paraná, correctly points out that “it is much easier now to create exceptions to the Fiscal Responsibility Act, for instance, through a constitutional amendment than changing the Fiscal Responsibility Act itself.” Not only does this political behavior beg the question of constitutional supremacy, but it also shows how malleable Congress has become once incentives for co-optation are brazenly negotiated, thus radically exacerbating the wrongs of Brazil’s “coalition presidentialism.” Bypassing fiscal rules, which are quite strict in Brazil, is a win-win strategy for short-term and parochial political goals, and it is no wonder that this is exactly the field where both Congress and the executive have joined efforts.

The correlation between the pace of constitutional amendments and autocratization strategies seems quite evident, but it may have been enabled, or gone without remark, since Brazil’s culture of constitutional change was already quite high. It also reveals that a system of government, despite its good moments of effective governance, is vulnerable to incentives for co-optation and perversive mutualism, as is currently the case between the executive and the legislature in the country. Brazil’s current informal co-optation semi-presidentialism is an anomaly and a recipe for further instability, both because it is dependent on a weak president that transfers control over large sums of the federal budget to Congress in exchange for protection and support, and because it is structurally based on pork-barrel politics, clientelism, and corruption. Brazil’s next President, which polls currently indicate will be former President Lula da Silva, will certainly need to deal with a profound disruption of the country’s mechanisms for good governance and institutional stability. Bolsonaro’s years have proven a tragedy for the country’s democratic achievements and overcoming it will demand more than an experienced and democratic government. Despite that, the simple fact that Brazil may soon get rid of Bolsonaro is certainly good news and a good omen for Brazil and for Latin America.

Juliano Zaiden Benvindo is Associate Professor at University of Brasília and CAPES/Humboldt Senior Fellow at the Max-Planck Institute for Comparative Public Law and International Law.

Click here for updates on constitutional developments in Brazil.