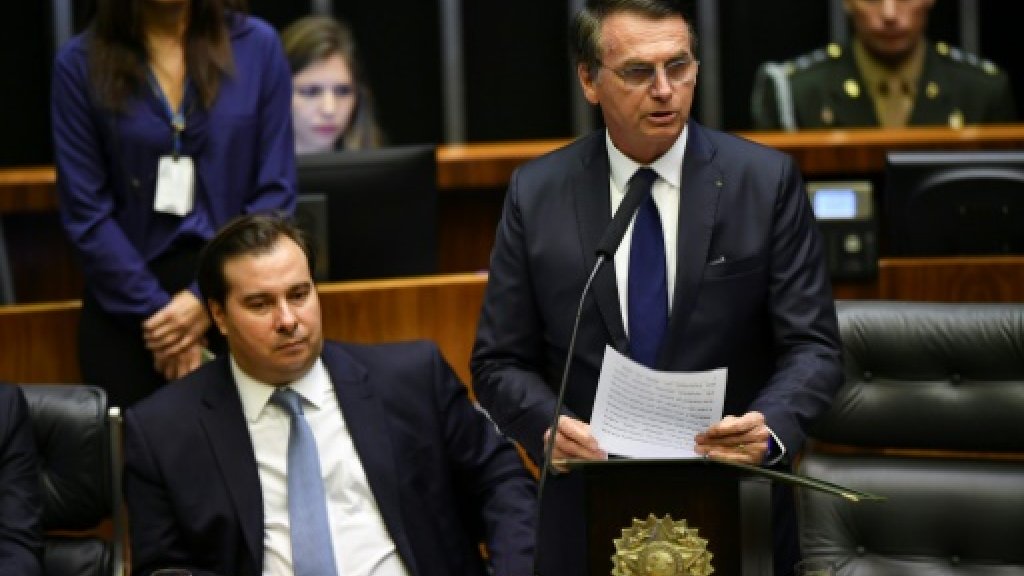 The Brazilian Congress is pursuing constitutional reforms limiting presidential authority. While the proposed reforms may be seen as targeting President Bolsonaro, they may engender healthier legislative-executive balance of power. Nevertheless, in the absence of a constitutional overhaul, the fragmented party system and extensive presidential powers are likely to undermine the success of this quiet turn towards ‘soft parliamentarism’ – writes professor Benvindo.

Hyper-presidentialism is an expression often associated with Latin America. Indeed, Latin American presidents enjoy significant formal authority, such as executive lawmaking, budgetary, and emergency powers. This has not necessarily been a problem per se, and most Latin American countries are enjoying longer periods of democracy than ever before.

Brazil, the biggest country in the region both in size and economy, is, however, facing a serious challenge in its presidential system. Long seen as one of the most efficient presidential systems in the region - with 85,6% of bills proposed by presidents from 1988 to 2006 receiving approval, Brazil is now experiencing a congressional backlash against presidential powers. Curiously, this shift is occurring at a moment when the country is under the populist government of President Jair Bolsonaro. Congress has brought forward proposals for constitutional amendments to enhance the role of parliament in the budgetary process, and there is even discussion to introduce procedures to recall the president and limit presidential terms. Some are depicting this movement as a sort of ‘soft parliamentarianism’.

A fragmented but more assertive Congress

This development is unexpected given the scenario that was largely portrayed when Bolsonaro was elected President in October 2018. Many analysts, at that time, argued that, because the Congress elected was the most conservative since democracy was reinstated in 1985, it would naturally lean towards the government’s agenda. President Bolsonaro’s Social Liberal Party (PSL), for example, enjoyed a significant surge in the last elections: it grew from one deputy elected in the Lower House in the 2014 elections to 52 in the 2018 elections, and from zero to four senators in the Senate. Though this is only a fraction of congressmen (there are 513 seats in the Lower House, and 81 in the Senate), far- and center-right politicians also gained seats, so it was anticipated that the government’s agenda would not face substantial congressional opposition.

The ‘coalition presidency’ is the core feature of Brazilian presidentialism.

Yet the Brazilian political system is highly fragmented (there are currently 30 parties with representation in Congress), and left-wing parties are still influential (the Worker’s Party (PT), for example, remains the biggest party in the Lower House, with 56 deputies), and, more importantly, parties seek to share some power with the government as a precondition to join its coalition. The ‘coalition presidency’ that is the core feature of Brazilian presidentialism requires, especially in such a fragmentary party system, that the President negotiates with various parties, nominates their members for his or her cabinet, and supports parliamentary amendments to the federal budget in favor of congressmen’s popular bases. President Bolsonaro, however, was elected on the platform that such system is corrupt, particularly in view of the so-called ‘Car Wash’ probe, a massive investigation of corruption involving bigwigs in Congress, Governors, former Presidents, and businessmen. Tackling what he calls ‘the old politics’ has been central to his messages.

The problem is that, while this quintessential opposition strategy may have worked to catapult him to the presidency, Bolsonaro has struggled to govern effectively and efficiently. The success of his ‘new politics’ strategy continues to face challenges. While he still enjoys substantial popular support, it is already waning - and waning fast. More critically, the support for the government that was expected in Congress has proven much less real, and his regular attacks on Congress have fostered a reactive environment.

A confrontational President appears to be providing the ideal context for placing Congress in a new strategic place in the division of powers.

It is no wonder that members of Congress are seizing the opportunity to advance their own agenda, especially as the government appears to be losing the appeal seen during the elections. In a country where presidents have historically practically controlled the legislative agenda in Congress - and this is one of the reasons why it was so efficient in the past, a confrontational President appears to be providing the ideal context for placing Congress in a new strategic place in the division of powers.

The proposals for enhancing congressional powers are led, especially, by the Speaker of the Lower House, Rodrigo Maia. He has said that Congress will approve the needed reforms, such as the pension and tax reforms, and that he will ‘shield the Lower House from any crisis’. Congress presents itself as a more reasonable and responsible political player, and in doing so it has strategically reshaped its traditional tendency of practically stamping the President’s agenda. Such a movement is twofold: first, it seeks to restrict the President’s legislative and budgetary powers; and second, it aims at limiting the presidential term.

The first change relating to presidential powers is quite advanced in Congress. On 12 June, the Senate unanimously approved Proposal for Constitutional Amendment n. 91/2019, and now awaits formal promulgation by the Congress. The proposal modifies the procedural rules for the so-called provisional measures (medidas provisórias), a sort of temporary legally-binding executive decree. Article 62 of the Brazilian Federal Constitution provides that ‘in important and urgent cases, the President of the Republic may adopt provisional measures with the ‘force of law and shall submit them to the National Congress immediately’. The definition of  important and urgent cases’ has been rather flexible, and presidents have continuously adopted such mechanism instead of the regular legislative procedure.

There are reasons for such a rule: provisional measures have the advantage of being immediately enforced and, while being discussed in Congress, they take precedence over other deliberations. Under article 62(3) provisional measures ‘lose effectiveness from the day of their issuance if they are not converted into law within a period of sixty days, which may be extended once for an identical period of time (…)’. Moreover, if a provisional measure is not examined within forty-five days from the date of publication, it must be ‘forwarded for urgent consideration in each house of the national Congress, and the deliberation of all other legislative matters shall be suspended in the house where it is under consideration, until such time as voting is concluded’. Such measures are therefore an efficient and attractive avenue to advance the government’s agenda as they help the executive to avoid the more cumbersome regular legislative procedure.

Proposed changes to provisional measures would ensure greater balance between the two Houses of Congress and shorten the period of deliberation.

To limit the use of provisional measures, Congress passed Proposal for Constitutional Amendment n. 91/2019 that, once promulgated, will provide a greater balance between the two Houses of Congress. The amendment will also shorten the period of deliberation in each House until it is forwarded for urgent consideration, thereby suspending the deliberation of any other legislative matter. One of the reasons for such change is to make the Senate a more active player, but it also raises the government’s burden of negotiation with both Houses of Congress. Moreover, the changes also mean that provisional measures will lapse quicker if they are not converted into law.

At the budgetary level, Congress promulgated, on 5 June, Constitutional Amendment n. 100, which expanded Congress’ control over public spending by compelling the government to spend a share of the budget on projects selected by congressional caucuses. In a country where discretionary executive spending is already very limited, this amendment largely restricts the government’s leeway to spend money on areas it sees as priority, while placing Congress in a less dependent relationship with the Executive.

A single presidential term and recall of presidents

Congress is also considering a second strategy to constrain the presidency, related to term limits. Nevertheless, the proposal is yet to be approved. The chair of the Committee responsible for first examining the proposed constitutional amendment aimed at ending reelection, Felipe Francischini, is from President Bolsonaro’s Social Liberal Party (PSL) and was expected to do whatever it takes to delay any deliberation. Under the Brazilian Federal Constitution, a president may only serve two consecutive terms. Re-election, which was not originally in the Constitution, became possible after Congress passed a constitutional amendment during President Fernando Henrique Cardozo’s administration (1994-2002), the first President to benefit from reelection. Reelections have since then been a normal occurrence: President Luiz Inácio Lula da Silva and Dilma Rousseff were both reelected. But it is now, under Jair Bolsonaro’s presidency, that the constitutional amendment to abolish reelection is gaining some traction. The Proposal for Constitutional Amendment n. 376/2009, already on the Congressional table for 10 years, is now finally on the radar. The proposal would extend presidential terms from four to five years, but ban reelection. The term of deputies of the Lower House would also be extended from four to five years, and Senators from eight to ten years. Reelection would remain possible for members of Congress.

If resorted to too frequently, a recall process could lead to a cycle of elections and campaign and political instability.

Another Proposal for Constitutional Amendment that is also on the horizon would allow ‘recall’ of Presidents (PEC 21/2015). According to this proposal, which is in the Senate, a presidential term could be cut short by a referendum called by at least 10% of those who voted in the last elections, distributed in at least 14 states, and in each of these with not less than 5% of the respective voters. If an absolute majority in both Houses approves the popular proposal, a recall referendum would take place. No recall would be possible in the first and last years of the presidential term. Such a proposal would inaugurate a system unprecedented in Brazilian constitutionalism. If resorted to too frequently, a recall process could lead to a cycle of elections and campaign and political instability, especially in moments of great polarization, as is currently the case.

Towards a healthier executive-legislative balance?

The proposed reforms are not necessarily public spirited. Some of the reforms originated from previous governments, but it is under Bolsonaro’s administration that they are gaining momentum. The so-called ‘soft parliamentarianism’ is appearing as a solution amidst an administration that, at least up to this point, has struggled to cope with the challenges of governing a country as big and complex as Brazil. The reforms are aimed at limiting the President’s powers and expanding those of Congress. Such rebalancing of power can engender a healthier relationship among the distinct branches of government, which would need to dialogue better. Instead of a system of presidential domination over Congress, which may be efficient but not truly dialogic, there would ideally be a satisfactory balance between them. Nevertheless, considering the fragmented party system and extensive presidential powers, the institutionalization of ‘soft parliamentarism’ may not be feasible without a constitutional overhaul.

In conclusion, the efforts to tame presidential powers are occurring at a moment when Brazil is under a populist government, who has dismissed any institutional intermediation and checks and balances. What the future holds is still very early to tell, but constitutional design is a continuous experiment that may lead to sustainable or unsustainable results. The exact direction of the fascinating faceoff between presidential populism and congressional backlash is one to watch for constitutional lawyers and political scientists.

Juliano Zaiden Benvindo is Professor of Constitutional Law at the University of Brasília and Research Fellow at the Brazilian National Council for Scientific and Technological Development.