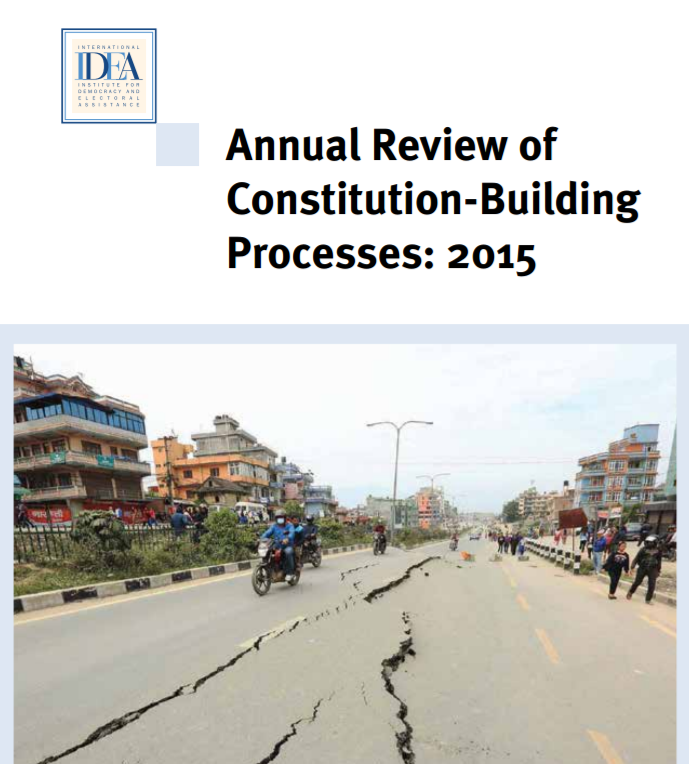 Each year, International IDEA’s Annual Review of Constitution-Building Processes provides a retrospective of constitutional transitions around the world, the issues that drive them, and their implications for national and international politics. Falling between the instant reactions of the online blogosphere and the academic analyses that follow several years later, these reviews provide an account of ongoing political transitions, the major constitutional issues they give rise to, and the impacts of these processes on democracy, the rule of law and peace.