What is wrong with Myanmar’s constitution? 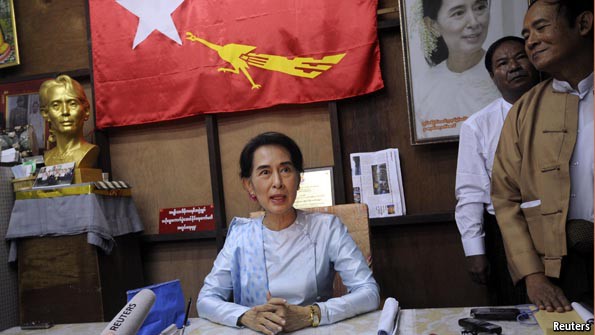 What is wrong with Myanmar’s constitution?
<p>OPINION is still divided about the reforms that have transformed Myanmar since a long-standing and vicious military junta gave way in 2011 to a civilian regime—run largely by former generals in mufti. Optimists point to the release of political prisoners, a burgeoning free press, the opening up of the country’s economy and the presence in parliament of the long-detained Aung San Suu Kyi (pictured), as the official leader of the opposition. Pessimists point out that no general has been punished, no crony has lost out and the opposition is still the opposition. Moreover, they say, look at&nbsp;<a target="_blank" href="http://www.burmalibrary.org/docs5/Myanmar_Constitution-2008-en.pdf">the country’s constitution</a>.
Read the full article here: The Economist