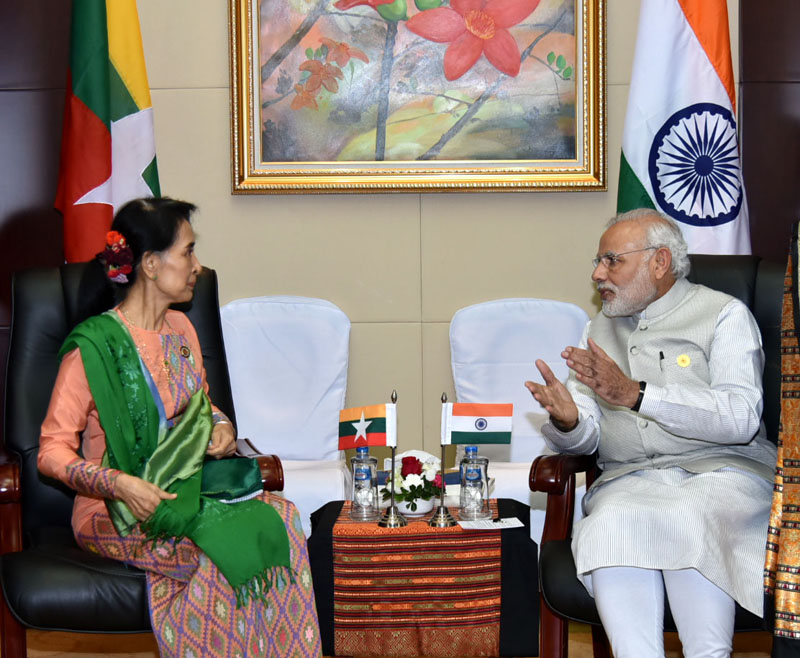 State Counsellor Aung San Suu Kyi of Myanmar (photo credit: Narendra Modi/flickr)
Myanmar’s ethnic political parties and armies have called on Aung San Suu Kyi to use her fresh election mandate to work toward her stated goal of federalism by amending the constitution to increase states’ rights and ramping up peace talks to end the multiethnic country’s long-running armed conflicts. Aung San Suu Kyi, 75, and her ruling National League for Democracy (NLD) won the Nov. 8 general elections by a landslide. The NLD followed the victory with a call for unity with the small parties, while the country’s powerful military and some ethnic armies weighed in with gestures toward peace talks aimed at ending various ethnic insurgencies that have plagued Myanmar since its independence from Britain in 1948.
Read the full article here: Radio Free Asia