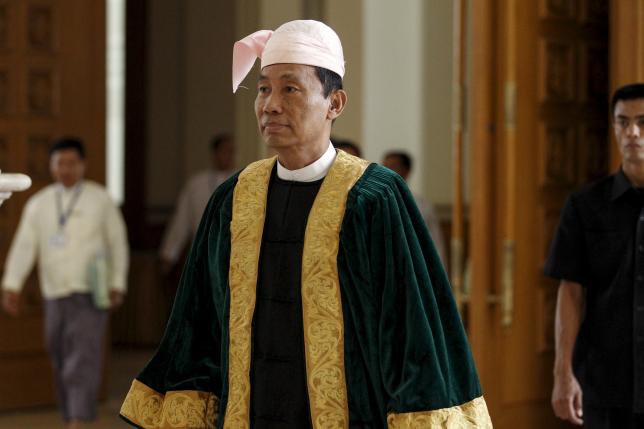 Shwe Mann, then speaker of Union Parliament, attends a parliament meeting at Union Parliament in Naypyitaw in this August 18, 2015 [photo credit: Reuters]
<p>Myanmar President Thein Sein had tried and failed at least twice before to topple his arch-rival Shwe Mann, but when armed police burst into the headquarters of the country's ruling party late on Aug. 12 he finally succeeded.&nbsp;<span style="line-height: 20.4px;">Police piled the mobile phones and computers from those inside on a desk and then stood by as the president's supporters met to enact an order from the president to replace Shwe Mann as chairman of the Union Solidarity and Development Party (USDP).</span></p>
Read the full article here: Reuters