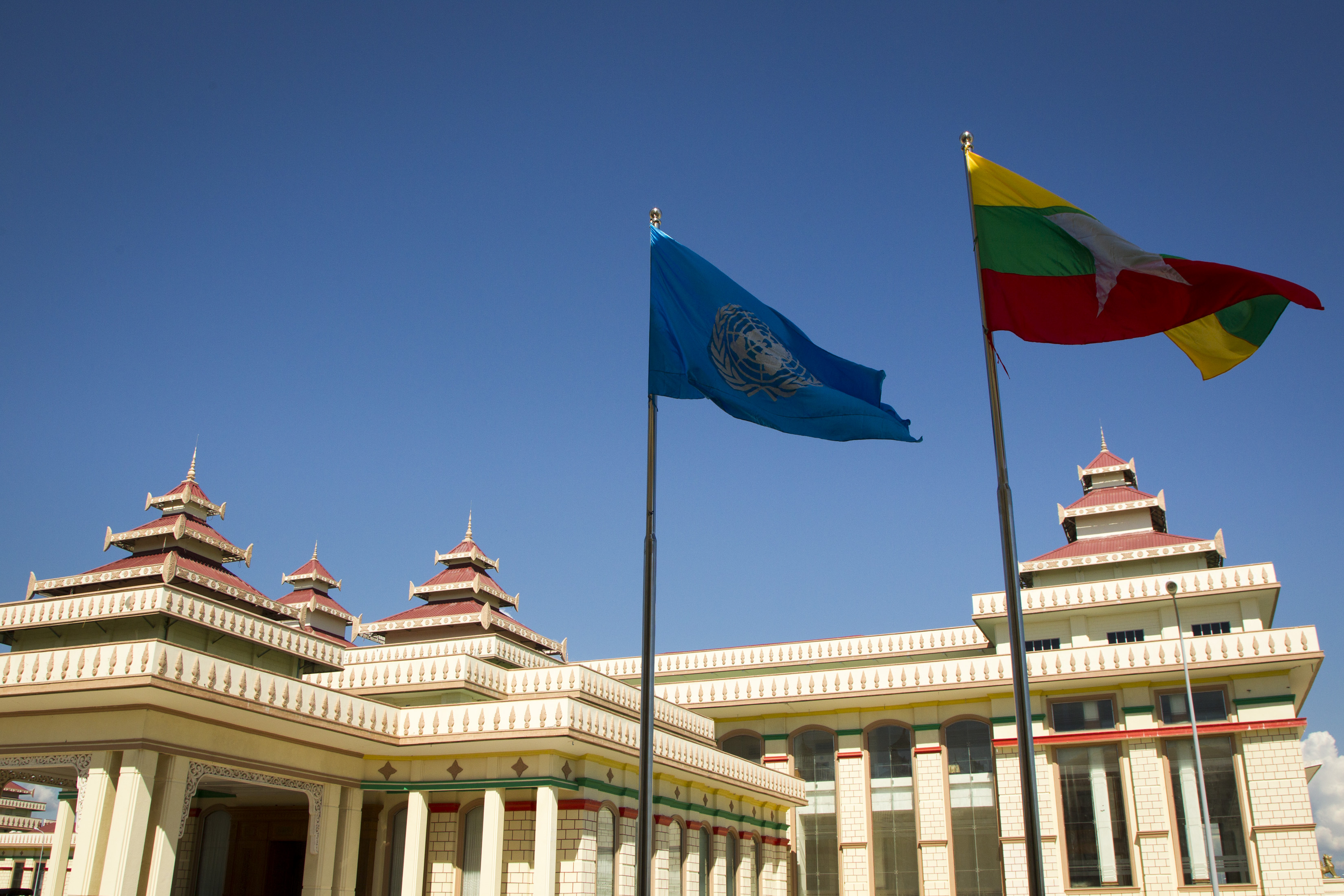 Parliament Building of Myanmar (photo credit: United Nations Photo/flickr)
Military-appointed lawmakers opposed a proposal by the parliamentary Joint Bill Committee on Monday to merge the military’s constitutional amendment bills with those submitted by the National League for Democracy (NLD) for discussion by Parliament. The Joint Bill Committee is tasked with scrutinizing the constitutional amendment bills—two from the NLD and five from the military and USDP lawmakers—and reorganizing all the bills into two groups.
Read the full article here: The Irrawaddy