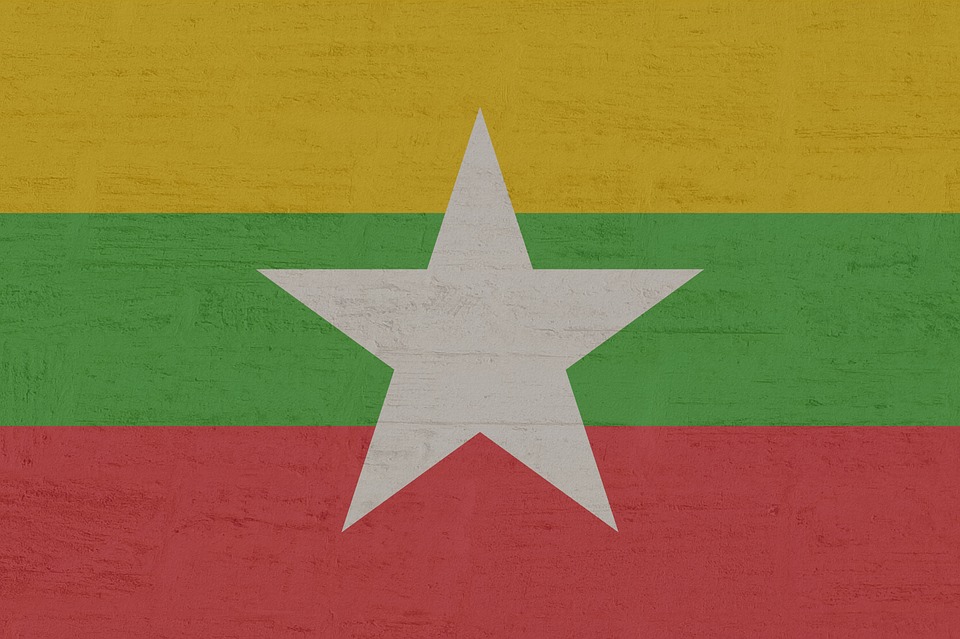 Flag of Myanmar (photo credit: pixabay)
Myanmar’s army chief has raised the prospect of scrapping the country’s constitution as fears swirl about a possible coup by the military over electoral fraud concerns. [ . . . ] An army spokesman on Tuesday refused to rule out the possibility of the military seizing total power to deal with what he called a political crisis. And on Thursday General Min Aung Hlaing — arguably Myanmar’s most powerful individual — appeared to echo that sentiment in a speech published in the military-run Myawady newspaper. The army chief said the 2008 constitution was ‘the mother law for all laws’ and should be respected. But he warned that in certain circumstances it could be ‘necessary to revoke the constitution’.
Read the full article here: New Age