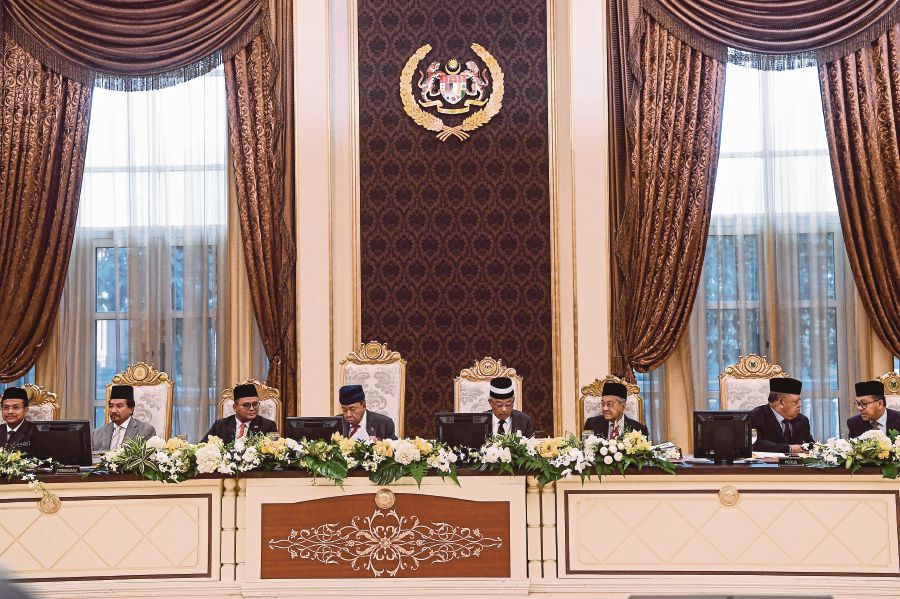 2019 meeting of the Conference of Rulers (photo credit: fotoBERNAMA)
The Conference of Rulers (COR), is expected to meet in Kuala Lumpur on [16 June]. This is made up of the king, the remaining eight hereditary sultans and governors of the other four states. The nation's prime minister, although not a member, attends these too. But it’s the nine sultans who constitute the core of the COR. Royalty draws legitimacy from being an influential symbol of identity and established institution of Malay heritage in the country. In theory, the COR’s main role is ceremonial – in overseeing Islamic matters, key judicial and political appointments including the Auditor-General, superior court judges and Public Service Commission members, and in electing Malaysia’s unique five-year rotational king. In practice, however, the COR is much more powerful. It is an independent body that can provide a check-and-balance role against the government and Parliament under Article 38 of Malaysia’s Constitution. The excitement over this coming Wednesday’s meeting is fuelled in part by public expectation that under Malaysia’s state of emergency with Parliament suspended, only the king and the COR can hold the Muhyiddin administration to account. Many are hoping this meeting will provide a reset of Malaysian politics after six months of stasis.
Read the full article here: CNA