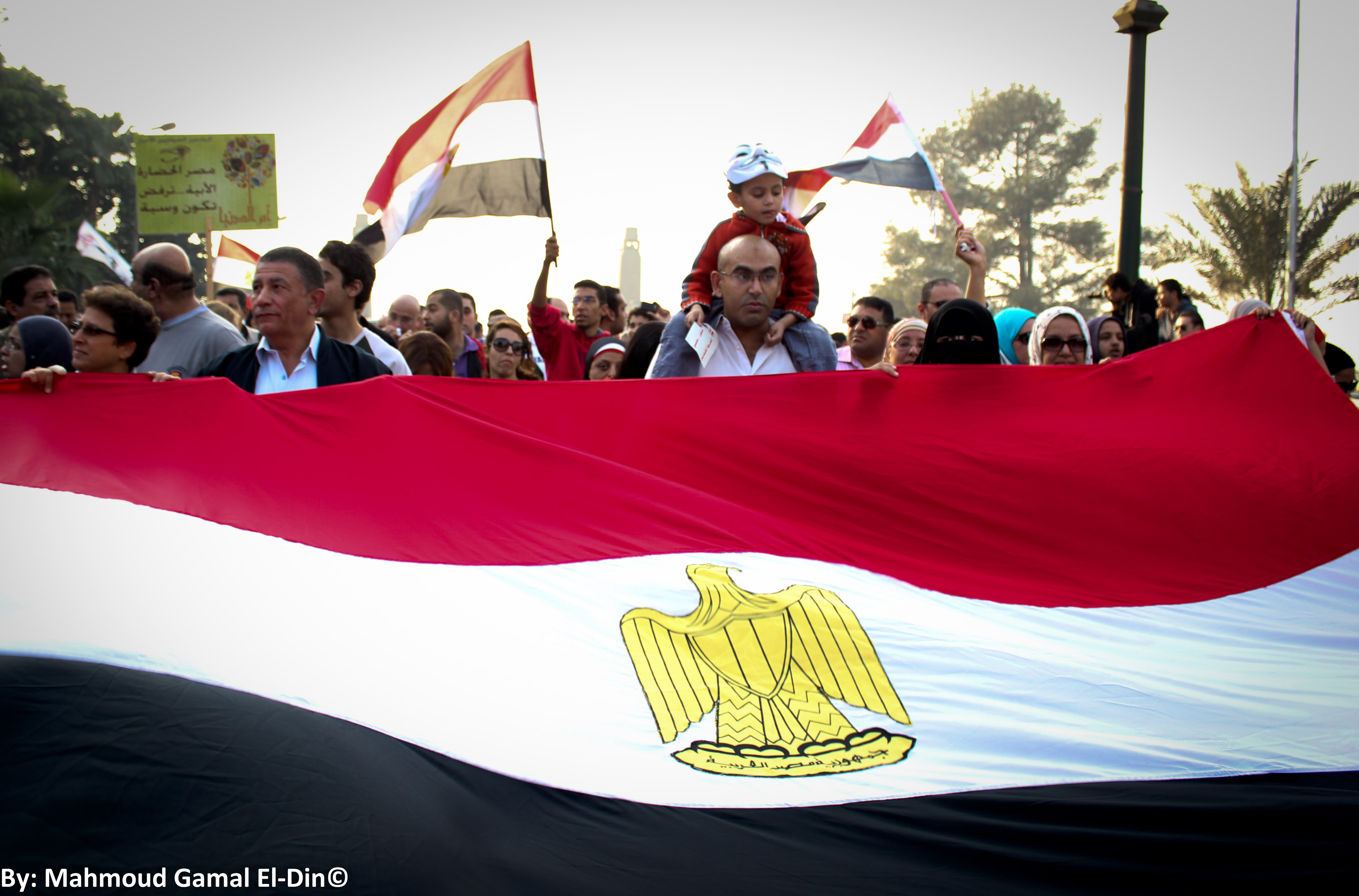 With Egypt's constitution drafting committee or so-called C50 now in full sitting, the country has now commenced the process of drafting its second constitution since the fall of Hosni Mubarak —or even fourth constitution if one counts the two ‘constitutional declarations’ that followed the downfall of both the Mubarak and Mursi regimes.

These convoluted constitutional changes, all within a period of less than three years, indicate that Egyptians are still searching to break from both the authoritarian and Islamist vision of Egypt Mubarak and Mursi, respectively, presided over. This calls for consensus in the new Constitution on values and aspirations that resonate with all Egyptians. What are the chances this is feasible?

This new phase of Egypt’s transition is proceeding along a different trajectory from the 2012 process in so far as it envisages elections only after the constitution is completed. Yet, there is reason to question if the resulting constitution will be any more legitimate than its predecessor. While its composition, more than the Islamist-dominated constituent assembly of 2012, reflects more the different ideological currents in Egyptian society, the current 50-person committee remains tainted by legitimacy questions. It is an unelected body appointed by an interim president who himself lacks democratic legitimacy. Will the Constitution that arises from such a process have a better fate than the 2012 text?

Further, ideological divisions run deep in society and have become a key source of political instability and insecurity. Developing a unifying constitutional vision for the nation is thus more difficult than it was two years ago. So, how and where does one begin to understand or clarify the common values and aspirations Egyptians seek? Put another way, what is it that Egyptians want from their new Constitution? An understanding of the socio-political dynamics before, during and after January 2011 is helpful here.

What is happening today is the culmination of an identity crisis that has haunted the nation over many years, pitting two opposing ideological camps. On the one hand are puritans who see Egypt’s future as dependent solely on her Islamic heritage and acceptance of a stricter interpretation of Islam. On the other hand are those who take a less conservative approach, arguing that Egypt is able to embrace modernity and the reality of a mosaic culture, blended with its undisputed Islamic heritage.

The first group, consisting mostly of Islamists such as the Muslim Brotherhood (MB), define themselves first as Muslims, then as Egyptians (Muslim Egyptians). This view of identity is reflected in the MB-backed 2012 Constitution, whose provisions introduced constitutional concepts that bear some resemblance to the Iranian context. One example is article 4 which seems to have been lifted directly from the Iranian Constitution (article 4), empowering unelected senior scholars – essentially clerics—of Al-Azhar to be consulted in matters pertaining to Islamic law. Article 219, likewise, introduces a more conservative interpretation to ‘principles of Islamic sharia,’ as principal source of all legislation (article 2), to encompass not only divine foundational sources of Islam but also the jurisprudence of Islamic clerics, amongst others. This contradicts the moderate interpretation of Egypt’s Supreme Constitutional Court which limits ‘principles’ only to divine sources, thereby opening the window for individual choice and liberty within a broad Islamic framework, and creating room for the Court to respond to the changing needs of modern-day Egypt. Other provisions include article 81, which only allows individual liberties in so far as they are consistent with part one of the constitution— essentially sharia and Al-Azhar’s interpretation of it.

The second group, consisting of moderate Muslims, in addition to Non-Muslims such as the Christians and other minorities define themselves simply as Egyptians, belonging to a homeland called Egypt where there is individual choice and liberty within a commonly accepted Islamic culture. This perception of identity is one of the key issues around ongoing negotiations of the new constitution.

There is a political economy dimension to the events of 25 January 2011 that is too often glossed over in the analyses. In its later years, the Mubarak regime embraced neo-liberal economic policies which increased the country’s GDP by 6-7% annually, attracted Foreign Direct Investment and boosted tourism. Due to entrenched corruption, however, these policies did not address the socio-economic injustices keeping many Egyptians poor. Thus, Mubarak’s overthrow, more than being just a rejection of decades of authoritarian rule, also represented Egyptians’ rejection of these neo-liberal economic policies.

Unfortunately, the socio-economic expectations the revolution generated were short-lived as the Morsi-led MB regime disappointed on many levels. Inflation and unemployment rates soared while provision of basic social services dwindled. Instead of addressing these issues, the regime became increasingly intolerant and arrogant, issuing a constitutional declaration in November 2012 that granted Morsi sweeping undemocratic powers and provoking further revolts.

This time, however, there were stronger political demands from protesters. Central to these were calls for political accountability, a more rule of law-based society where the president is servant and not ruler, and where the constitution enshrines these principles. With emerging rumors that the spiritual leadership of the MB, more than Mursi, was the actual power broker and key figure behind the constitutional declaration, the calls became even more vocal against the MB and everything it stood for. Unfortunately, the regime failed to pick up these messages, ultimately precipitating its own downfall less than three years into its mandate. What do the dimensions these demands took tell us?

One is that many Egyptians had begun to form a higher sense what their identity should be. Hence, we saw not only non-Muslims, but also those who defined themselves primarily as ‘Egyptian Muslims’ rising against the MB’s increasingly pro –Islamist ideology, to defend what they felt endangered their long established mixed identity.

Second, more than in 2011 where bread rights dominated the political discourse, Egyptians’ political awareness had matured to a much higher level allowing them to rethink their relationship between religion and state, and what role religion should play. To them, being first an Egyptian and secondly a true Muslim are not mutually exclusive; and the Islamist vision that sees the two as such was a dangerous attempt to alter the sociological character of the Egyptian homeland by forcing a single identity on them.

The last three years have been turbulent ones for Egypt with a great deal of uncertainty for its citizens. However, they have also been a learning period during which many have formed stronger opinions and ideas of what they desire and who they want to be. As seen earlier, many Egyptians – especially those who define themselves as ‘primarily Egyptian’—have developed a high level of political awareness; an understanding of their identity; notion of the homeland; rule of law; civil and political rights; social justice; accountability; the need for checks and balances, and above all, a high sense of how religion should relate to the them and the state. Simply put, these developments indicate that many Egyptians want Islam but not Islamists.

They want a modern state where Islam is their religion as Muslims, but not an Islamic State where religious clerics, dressed up as politicians, dictate policy and its application. In other words, they want Islam that corresponds to their realities and way of life; is voluntarily embraced rather than forced on them, and which is developed through social interaction with institutions that develop and apply laws and policies flexibly. Put otherwise, Egyptians are increasingly developing a deeper sense and understanding of what they want from the new political and constitutional dispensation but will they be heard out this time?