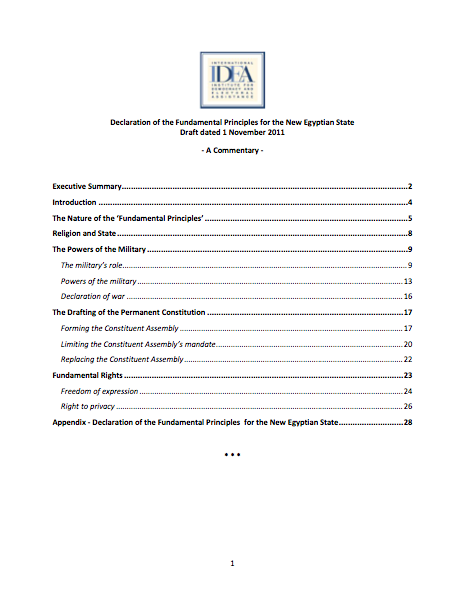 Commentary on November draft of Egypt Fundamental Principles Document
<p class="p1">Pursuant to a popular uprising that led to the removal of former President Hosni Mubarak from power in February 2011, an interim constitution (the “March 2011 Constitutional Declaration”) was approved by referendum in March 2011.
Read the full article here: