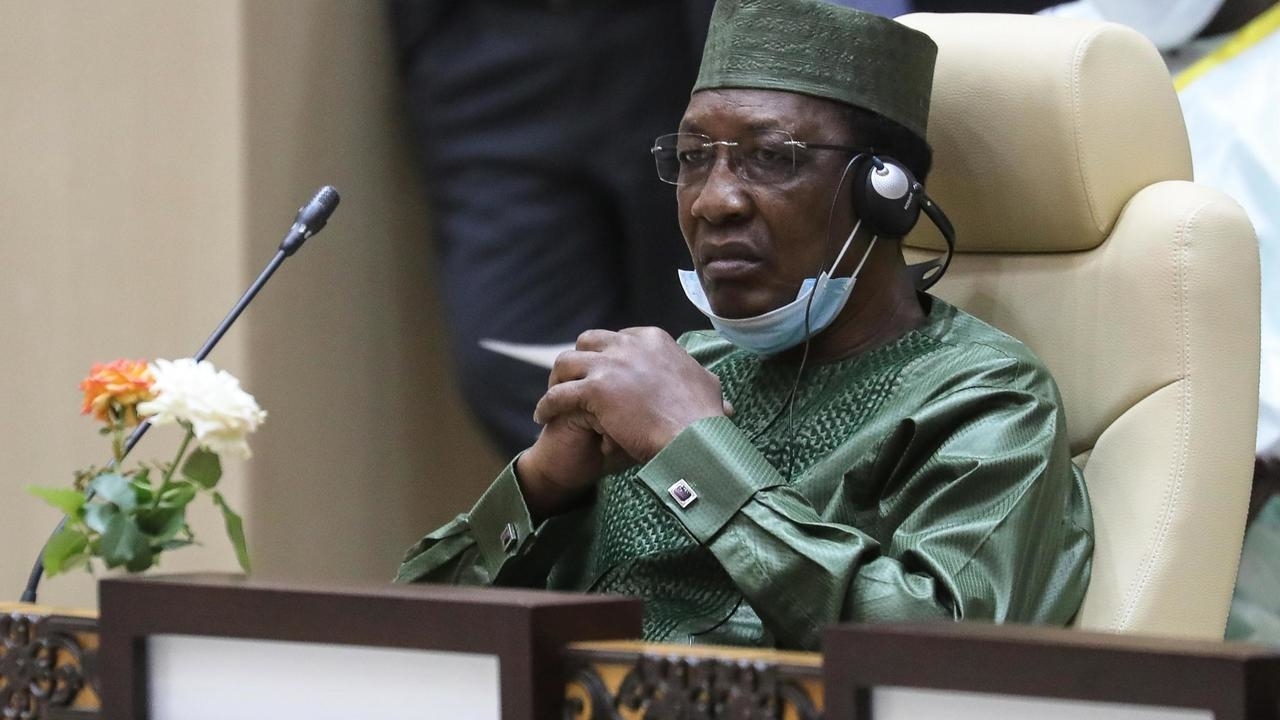 Ahead of planned elections in April 2021, the Chadian Parliament adopted constitutional reforms that will see the formation of a new second chamber and appointment of a vice-president. Despite efforts to ensure an inclusive process, the dominance of the ruling party and exclusion or boycotting of crucial opposition parties and civil society organizations mean that the process may have widened, rather than narrowed, political rifts – writes Dr Sioudina Mandibaye Dominique.

On 3 December 2020, the Chadian Parliament approved a range of constitutional reforms with a vote of 145 in favor and 10 against. Despite the call for the opposition to drop or modify the amendments, the dominance of the ruling party and President Idriss Deby Itno, who is serving his fifth term since 1990, ensured its smooth sailing. The amendments introduce significant changes, including the formation of a second chamber, appointment of a vice-president and the nominal reduction of the minimum age to run for the presidency. The amendments will come into force within eight days of their adoption and upon promulgation by the President of the Republic.

From 29 October to 1 November 2020, the government organized the second ‘Inclusive National Forum’aimed at evaluating the implementation of the resolutions of the first forum which preceded the adoption of a new constitution that launched the Fourth Republic of Chad in 2018.The second forum sought to address the recurrent challenges and strengthen the reforms towards good governance that were initiated in 2018. It revisited the question of the main institutions of the republic, judicial reform, national identity and the question of the promotion and interests of women and the youth. In the process, it proposed constitutional reforms without fundamentally altering the nature of the state or relationships of the institutions that constitute the government.

The second forum brought together 600 participants including the political and armed opposition and was held in a context of socio-political instability and challenges emanating from the COVID-19 pandemic.The forum sought to garner the views of the people and stakeholders across the country, notably in rural areas through the organization of ‘pre-forums’ in the provinces.

An opposition and CSO effort to organize an alternative ‘democratic inclusive forum’ has been banned.

Despite the government declaration of an ‘inclusive’ forum, as with the first forum two years ago, some opposition groups and civil society organizations hostile to the ruling party were not invited or simply boycotted it. Gounou Vaïma Gafaré, the Secretary General of UST, the main Chadian trade union, explained why they boycotted the forum: ‘We have many times made some proposals to government in order to improve the living conditions of the population. But the authorities never took them into account. It is for all these reasons that UST informs that it will not participate in this Forum to legitimize what will not bring any positive results on the daily life of the population’.

In contrast, Félix Nyalbé Romadoumngar, the new leader of the democratic opposition, recognized the limitations of the forum, but disagreed that a boycott is necessary or even helpful, decrying what he called the policy of the‘empty seat’: ‘To participate in the forum does not mean to legitimize a mandate. [...] As a leader of the opposition I don’t mind attending it’.

Nevertheless, while the presence of some of the armed opposition was notable, the majority of opposition political parties and civil society organizations boycotted the forum and planned instead to organize what they called a ‘democratic inclusive forum’, which has been banned by the government. Accordingly, while there may be genuine differences on the proposed reforms, the inclusiveness and legitimacy of the forum leave a lot to be desired.

A bicameral legislature and a new Vice-President

The expert Technical Committee that developed comprehensive proposed reforms and preceded the first forum in 2018 had recommended the formation of a second chamber to ensure the representation of the provinces in the national legislative process. Nevertheless, the first forum rejected it partly out of concern over resource implications. The second forum has revived the proposal of the committee, which has now been approved. The conduct of consultations in the provinces may have strengthened the call for a second chamber. The chamber will mainly focus on protecting regional interests. Inspired by the practice in France, the senators will be elected indirectly through an electoral college composed of provincial and municipal councilors.

The reforms also brought about a new vice-president who would replace the president in case of a vacancy.  Under the 2018 reforms, the position of the prime minister was abolished, creating a purely presidential system. A vice-presidency was considered in the first forum, but was dropped mainly because of cost concerns. This created some vacuum in governance, which President Deby sought to fill through the appointment of a minister of state.

The president will appoint and can remove the vice-president, rejecting opposition proposal for election on the same ticket as the president.

Nevertheless, according to Mahamat Zen Bada, the General Secretary of the ruling party, after two years of integral presidency, it became clear that the head of state is overburdened, which necessitated the establishment of the post of vice-president. But Romadoungar Felix, representing the opposition, argued that the new position could be a source of division among Chadians. For him, it is better to have a prime minister who will conduct the political program of the president and represent the government before parliament.  In addition to governance support and filling the gap created by the abolition of the premiership, for some opponents, the new vice-presidency will allow Deby to groom a successor as his age advances.

Too young to run

The constitutional amendments have reduced the minimum age to stand in presidential elections from 45 to 40. The lowering of the age limit has been welcomed, and creates a sense of responsiveness to the interests and demands of the youth. Nevertheless, in a country where 80% of the population is under 45, the reform does not go far enough, and the minimum limit is still high. Notably, it would exclude Dr. Succès Masra, the 38-years old charismatic leader of the ‘Les Transformateurs’, from planned presidential elections in April 2021. Government representatives have countered that even at 40 years old, one is not mature enough to lead the country. In response, Dr. Succes Masra says he wants to be the candidate of the 11 million young ‘immature’ Chadians. For him, after 30 years in power, it is time for Deby to retire.

During the parliamentary debate on the constitutional reforms, Saleh Kebzabo, an opposition member of parliament, argued that the minimum age requirement was discriminatory and urged its removal, or its reduction to 35. Dr. David Houdeingar, the Minister of Higher Education, countered that even at 40, ‘we are also young’.

Dr. Succès Masra has vowed that ‘the voice of the people is the voice of the majority’. For him, it is unacceptable that the head of state can appoint 18-year old people to positions of responsibility but that he forbids them to be presidential candidates. He has therefore called on his supporters to oppose the minimum age requirement, although this is unlikely to lead to any reforms before the elections.

Another notable issue that was discussed during the second forum relates to the official oath. The 2018 Chadian constitution requires all ministers to take oaths before assuming office, partly as key to the moral battle against endemic corruption in the country. The president subsequently enacted an ordinance to implement this provision and outline the content of the oath that senior officials appointed to the government or to sensitive positions must take. The wording of the oath is based on the Islamic religion and has been contested by Christian denominations who consider it unconstitutional and discriminatory. The oath is a precondition to access high state functions and has been the subject of heated controversy, particularly since the dismissal of Ms. Djibergui Amane Rosine, Minister of Civil Aviation, following her refusal to take the oath. Similarly, during the ceremony of the members of the government before the head of state, Madeleine Alingue, the minister of communication, challenged the president of the Supreme Court who was administering the oath by refusing to recite ‘in the name of Allah’ contained in the official oath, protesting it was against her Christian faith. After a debate, she was authorized to take an oath using ‘in the name of God’.

Imposing a confessional oath in a republic, which claims to be secular, seems to amount to imposing a religious belief on the whole nation and therefore constitutes a violation of the freedom of belief and religion guaranteed in the constitution and various international instruments ratified by Chad. The forum decided to remove the confessional aspect of the official oath representing progress towards peaceful and respectful coexistence among Chadians.

Despite the merits of the constitutional reform process, the reactions to it reflect the divisions among the key political stakeholders in the country. Some have criticised the frequent engagement in reform as reflecting the lack of stability of the Chadian constitutional structure that is likely to undermine needed institutional harmony. Considering the dominance of Deby and the ruling party, the reform process has merely allowed the cementing of the evolving interests of the regimes, rather than strengthening constitutionalism.

The opposition does not therefore see any hopes for meaningful and genuine reforms in the country whilst an established minority draws immense rents from the oil sector, and exercises a despotic power over the mind and the body of the people. The proponents are unphased and contend that the regular modifications suit the needs of the times and circumstances of the country. For them, the opposition is the ‘enemy of reform’, bent only on criticizing the conduct of the administration.

Overall, the constitutional amendments may be seen as a continuation of the reform process that commended in 2018. In 2020 as in 2018, rather than enabling political consensus and building the foundations for constitutionalism, the constitutional reforms have once again widened rifts among key political stakeholders. This could add complications to the political environment in the run up to planned elections in April 2021.