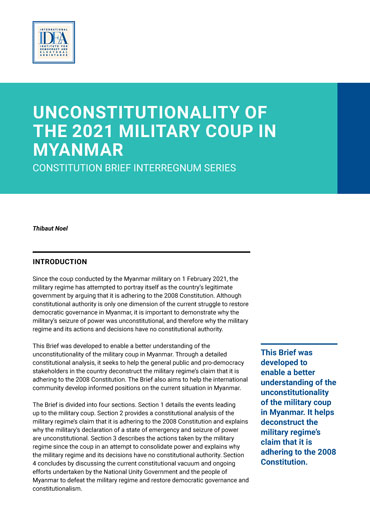 Unconstitutionality of the 2021 Military Coup in Myanmar

This Brief was developed to enable a better understanding of the unconstitutionality of the military coup in Myanmar. It helps deconstruct the military regime’s claim that it is adhering to the 2008 Constitution.