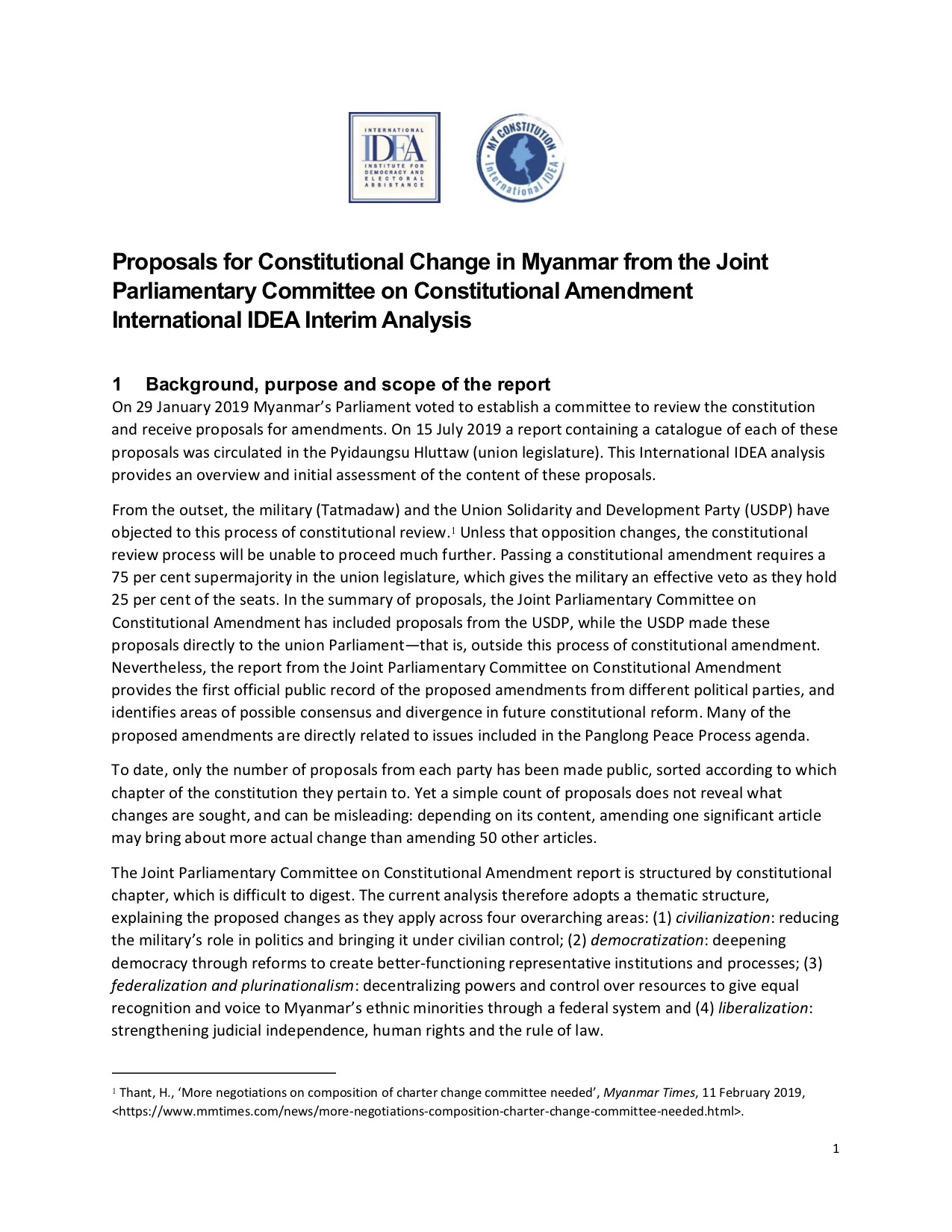 On 29 January 2019 Myanmar’s Parliament voted to establish a committee to review the constitution and receive proposals for amendments. On 15 July 2019 a report containing a catalogue of each of these proposals was circulated in the Pyidaungsu Hluttaw (union legislature). This International IDEA analysis provides an overview and initial assessment of the content of these proposals.

The Joint Parliamentary Committee on Constitutional Amendment report is structured by constitutional chapter, which is difficult to digest. The current analysis therefore adopts a thematic structure, explaining the proposed changes as they apply across four overarching areas: (1) civilianization: reducing the military’s role in politics and bringing it under civilian control; (2) democratization: deepening democracy through reforms to create better‐functioning representative institutions and processes; (3) federalization and plurinationalism: decentralizing powers and control over resources to give equal recognition and voice to Myanmar’s ethnic minorities through a federal system and (4) liberalization: strengthening judicial independence, human rights and the rule of law.

Following the thematic analyses, the report summarizes the main proposals of the National League for Democracy (NLD), and concludes with some brief reflections on how these proposals relate to the peace process. The Appendix lists the political parties and acronyms used in this report.