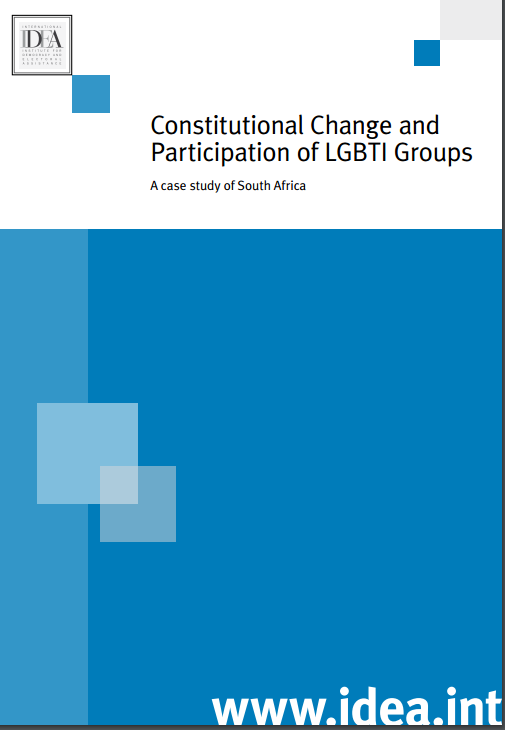 Constitutional Change and Participation of LGBTI Groups: A case study of South Africa

In 1993 South Africa promulgated its first democratic interim constitution and became the first country in the world to include a prohibition on unfair discrimination on the ground of sexual orientation in its constitution. In an attempt to develop an analytical understanding of the various factors that led to the successful inclusion of this prohibition, this Discussion Paper considers the history and context in which this groundbreaking development occurred.

Over recent decades, the inclusion of rights for lesbian, gay, bisexual, transsexual and intersex (LGBTI) groups in national constitutions has increasingly been seen as an indicator of the strength and consolidation of democracy. However, LGBTI advocates do not have sufficient access to resources providing guidance on how to engage with the constitution-building process or frame demands for equality of rights and recognition in constitutional texts.

Working mostly with leaders of advocacy campaigns themselves, International IDEA has developed detailed accounts of struggles for constitutional equality for sexual orientation minorities in Bolivia, Fiji, Grenada, Kenya, Ireland, Nepal and South Africa. Building on the experiences and knowledge, International IDEA will develop an advocacy guide for LGBTI advocates of constitutional change in other countries. In anticipation of the guide we are making available a selection of national case studies.