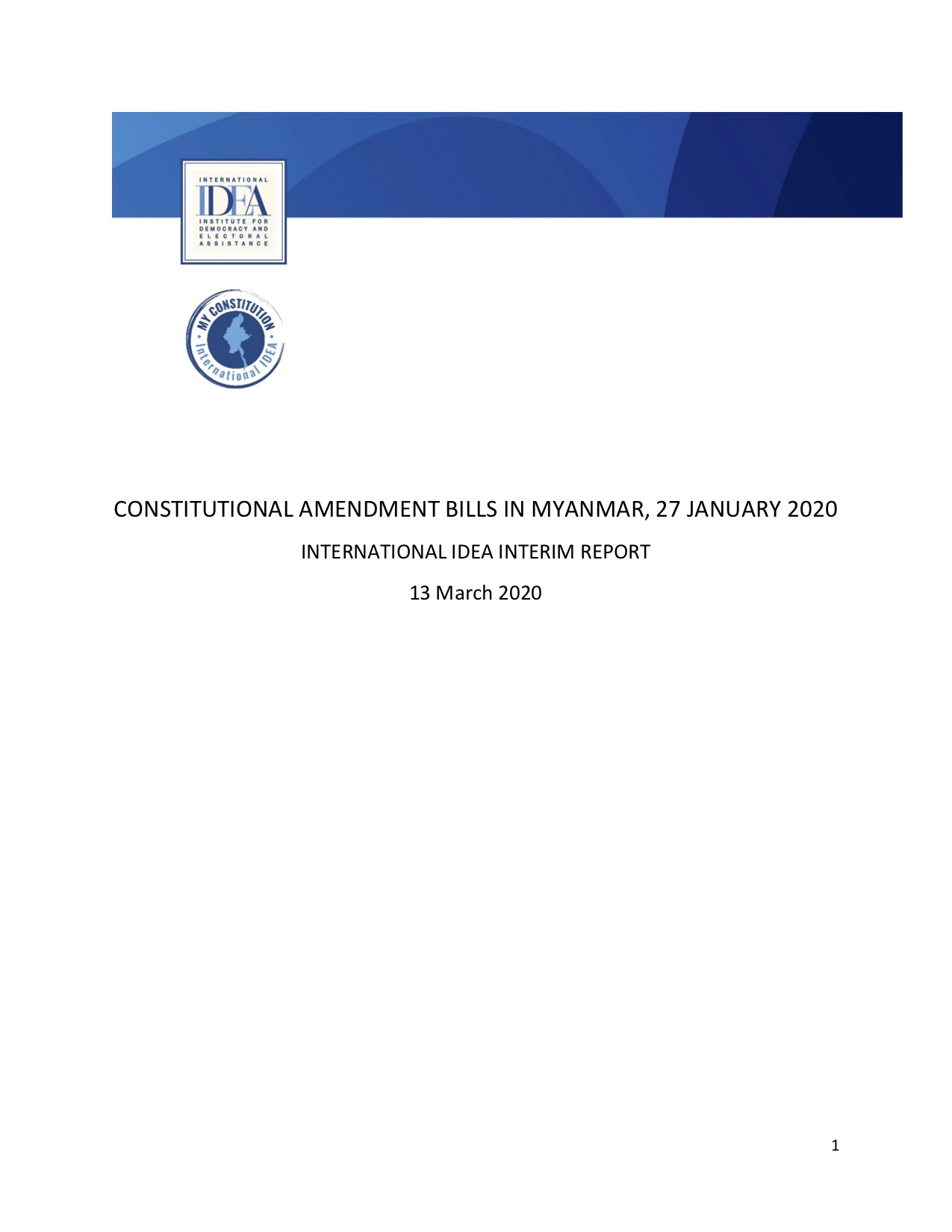 This report examines two constitutional amendment bills in Myanmar, which were submitted to parliament, on 27 January 2020, following approval by the Joint Parliamentary Committee on Constitutional Amendment (JPCCA). It also examines five other bills for constitutional change separately submitted to the Union Parliament, and three by members of the Union Solidarity and Development Party (USDP) and two from the military (Tatmadaw). These five proposals bypassed the JPCCA process.

This report follows International IDEA’s July 2019 Interim Analysis entitled Proposals for Constitutional Change in Myanmar from the Joint Parliamentary Committee on Constitutional Amendment. That report examined the positions of all political parties who submitted proposals to the JPCCA during the earlier consultation process.