Zambia’s failed constitutional referendum: what next? 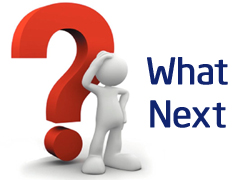 The failure of the Zambian constitutional referendum provides an opportunity to pursue a more inclusive and comprehensive reform process. While it may also trigger a reconsideration of the referendum threshold, a lower threshold may have adverse implications for the legitimacy and acceptance of future constitutional reforms – writes Professor Lumina.

On 11 August 2016, Zambians voted in – and rejected – a referendum on changes to the Bill of Rights in the country’s constitution which involved additional provisions on civil and political rights and new provisions on economic, social, cultural, environmental, further and special rights, as well as the replacement of the provisions governing constitutional amendment. As noted in a previous piece, to which this contribution is a follow-up, the reforms would have enhanced the protection of rights and popular control of future constitutional amendments.

The constitutional referendum was held alongside polls to elect the country’s president, members of parliament, mayors and councillors. On 19 August 2016, the Electoral Commission of Zambia (ECZ) announced that the referendum had failed to reach the threshold of 50% of eligible voters required for the result to be valid. Of the 3 345 471 who voted in the referendum, 1 853 559 voted in favour of the proposed amendments, while 753 549 rejected the amendments, with 739 363 spoiled ballots. The defeat of the referendum is attributable to a variety of factors, including the timing of the referendum, the controversy surrounding the reform process, and the lack of public education about the constitutional referendum issues, all of which may have contributed to the failure to meet the threshold.

Doomed to fail from the outset?

For a number of reasons, the referendum was destined to fail from the outset. The first difficulty related to the statutory threshold for a valid referendum. In terms of the Referendum Act, at least 50% of Zambians ‘entitled to be registered as voters for the purposes of Presidential and Parliamentary elections’ (that is, Zambians above 18 years) must vote in the referendum in order for it to be valid. The problem with this was that it was difficult, if not impossible, to establish the number of ‘eligible voters’ given that the last population census was carried out in 2010. Although, in March 2016, the country’s Central Statistical Office (CSO) estimated that there were 7 528 091 Zambians eligible to vote in the referendum, this figure was not based on a census but on the total projected population for the period 2011 to 2035. The exact figures could only be authoritatively determined through a census.

It can be contended that, given the country’s low literacy rate (estimated at 61.4% of the total adult population) and the rather technical nature of the issues at stake, together with the brevity of time between the gazetting of the referendum question and the date of the referendum, most voters did not fully understand the proposition they were being asked to vote on. In these circumstances, it is possible that many opted not to vote in the referendum. According to one commentator, after casting their ballots in the general election, some voters did not vote in the referendum despite the fact that both processes were held in the same polling stations. The high number of spoiled ballots may be a further indication of this problem.

The question put to the electorate was: ‘Do you agree to the amendment to the Constitution to enhance the Bill of Rights contained in Part III of the Constitution of Zambia and to repeal and replace Article 79 of the Constitution of Zambia?’ This question had two different parts – one speaking to the alteration of the Bill of Rights and the second referring to the alteration of the amendment clause. While the first part was clear, the second was problematic as many were unaware of the implications of the proposed changes to the constitutional amendment clause. Thus, it can be argued that the ‘separability problem’ occasioned by subsuming two distinct issues in one question possibly led to confusion among the voting public and, ultimately, contributed to the failure of the referendum.

A key concern raised by a number of civil society organisations and opposition parties was the timing of the referendum, with many arguing that more time was needed to sensitize the electorate about the implications of the referendum. While the ECZ and some civil society organisations did run sensitisation campaigns to raise public awareness, there clearly was insufficient time for the voting public to fully comprehend the complex issues they were being asked to consider. In short, the limited sensitisation period deprived the electorate of the opportunity to be sufficiently informed to make decisions on what were - for many of them - complex issues.

Referendums tend to be successful in circumstances where there is bi-partisan support for proposed changes. Nevertheless, the political environment in which the Zambian constitutional referendum was held was characterised by profound political divisions, with the result that the referendum was overshadowed by party politics. Regrettably, many viewed the entire constitutional reform process as a project of the ruling Patriotic Front (PF) rather than a national project. Indeed, during the election campaign, the PF itself presented the referendum as a continuation of its constitutional project. In a Facebook post, the PF stated that ‘President Edgar Chagwa Lungu while he served as Acting President, Defense and Justice Minister released the final draft constitution on the Eve of 24 October 2014’ and that during his campaign for the presidency in 2015, Mr Lungu had promised a ‘people-driven constitution’ and he had delivered on that promise. The party further stated that President Lungu had announced ‘his commitment to deliver on the Bill of Rights alongside the General Election’.

While the ruling PF advocated for a ‘yes’ vote, the opposition UPND used the referendum to muster opposition to a constitution they did not like in the context where they felt aggrieved by the parliamentary process where the PF had used its numbers in parliament to push through amendments the UPND were opposed to, such as the removal of provisions relating to devolution of power through provincial assemblies and the multi-member constituency proportional representation system, which were in the constitutional amendment bill that was initially presented to parliament. They therefore called upon their supporters to reject the proposed changes or not to mark the ballots at all. The voting pattern in the referendum indicates that the electorate largely voted along party lines. Thus, in the PF strongholds most voters voted ‘yes’ in the referendum while in the main opposition strongholds (such as Western and North Western provinces) voters rejected the referendum.

A final issue that is worthy of note is that of voter apathy.  Although Zambia has historically been characterised by voter apathy, the 2016 general election recorded a 56.45% voter turnout. Despite this, the referendum recorded a low turnout of 44.44% thus rendering it impossible to meet the threshold for a valid constitutional referendum.

After failure of the referendum, what next?

There have been mixed reactions to the failure of the referendum. While some view it as a missed opportunity to enhance the protection of human rights in the country, others consider it – and I agree - an opportunity to revisit the constitutional making process in a more inclusive fashion and to reconsider issues that the ruling party unilaterally rejected, such as devolution and changes to the electoral system. The failure of the referendum means that the current Bill of Rights remains unchanged, as do the provisions for the amendment of the constitution. In particular, the exception to the prohibition on discrimination in the current constitution relating to adoption, marriage, divorce, burial, inheritance, customary law or other matters of personal law, will remain. Nevertheless, it is also important to underscore that, while the proposed changes to the Bill of Rights were designed to enhance the level of protection of constitutional rights, the reforms also contained regressive provisions such as the article which effectively outlawed abortions by stating that life begins at conception.

It is unclear what the next steps will be. The NGOCC, which has blamed the failure of the referendum on the government’s non-responsiveness to the concerns regarding the timing of the referendum that were raised by various stakeholders, has called upon the government to constitute a small expert team to address some of the unclear provisions in the Bill of Rights, particularly those affecting women and children. It has also underscored the need for the government to provide ‘a clear road map for the holding of an inclusive referendum which will not be politicized, coupled with a legal framework to protect the content of the referendum documents’. Nevertheless, the political uncertainty regarding the formation of the government occasioned by the legal challenge to the outcome of the presidential election and the refusal of Mr Lungu to step down while the matter was before the Constitutional Court, as constitutionally required, has cast a pall over the future of the referendum process and, indeed, the entire constitutional reform project.

A referendum requires that: (a) the proposal being put to a vote is clearly explained so that a large majority of the voting public understand it; and (b) those proposing changes advance cogent arguments to persuade a majority of the voters to support the changes. This was not the case in Zambia. It was therefore inevitable that the referendum would fail.

It has been suggested that going forward there may be need to revisit the referendum threshold. However, specifying a new threshold may have adverse implications for the legitimacy and acceptance of the outcome of future referendums. It is also important to underscore that the conditions applied to referendums are usually intended to make it difficult for constitutional changes to be introduced too easily or by a minority of the electorate.