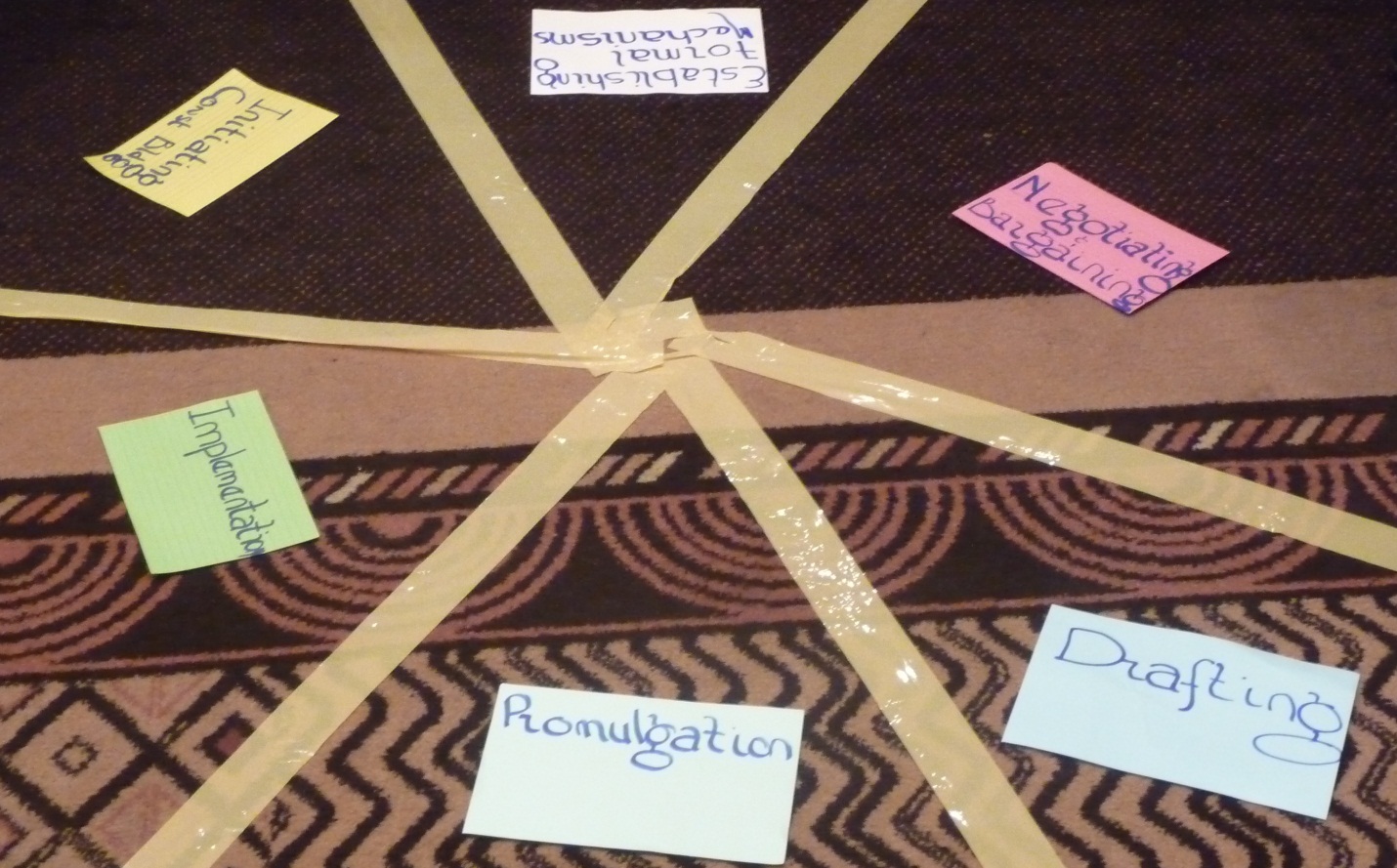 In 2011, Zambians were promised a new democratic Constitution within 90 days, following an election victory by the current ruling party, Patriotic Front. Three years later, Zambians are still waiting to see the outcome of what has become an elusive constitution making process. A draft Constitution finalized in December 2013 by the technical committee charged with the process was finally released to the public last month after an almost year-long refusal by the government to publish it. Late President Michael Chilufya Sata, the main architect of the constitution drafting process who died in office late last month, has been largely blamed by all and sundry— and perhaps rightly so— for the fate that has befallen the process. Repeated statements from the late President and other members of his government bred more pessimism than optimism in Zambians about the State’s commitment to deliver a new constitution. Even with the President’s passing, it is unclear what will happen next in the process as the focus has now shifted to finding his successor.

Yet placing the blame for the current stalemate entirely with the government will be overlooking the reality. In fact, one may argue that civil society groups and political parties  --by their conduct and approach to dealing with the government so far –negatively impacted the process just as much as the government.

Despite the formation of a Grand Coalition (GC) consisting of civil society groups and some political parties, stakeholders of the constitution making process outside government have not been particularly skilled at building a united civil society front to engage with the government. Instead of acting as one pressure group with a common vision and goal, many organizations within the coalition have often chosen to go on ‘lone ranger’ campaigns, leaving other civil society actors or even the GC alienated.

In July, for instance, the Young African Leaders Initiative (YALI), which had been part of the Grand Coalition, proposed a ten-point master plan that would  aim to have the 2016 tripartite elections held simultaneously with the constitutional referendum. The GC, which has always been advocating to have the Constitution finalized before the holding of elections, interpreted this as treachery and  responded by expelling YALI from the  group. As a result, two groups with different plans were conducting separate discussions with the government on what should be the best approach to take the constitution making process forward. How did this happen?

Of the varied reasons that can possibly account for the dysfunctional nature of the GC, a key one is the absence of a binding Memorandum of Understanding prohibiting unilateral action on the part of individual member organizations and defining a strategy for engagement with the government. As explained, the GC was a combination of civil society groups and political parties—each of which represented different ideological viewpoints—brought together only by the common goal of pressuring the regime to release the draft constitution. With no internal agreements to constrain unilateral actions, some members like YALI took it upon themselves to engage directly with the government as discontent grew from within.  YALI was not alone. Prior to this, the Southern African Center for the Constructive Resolution of Disputes (SACCORD), in an attempt to  drive  dialogue among the different stakeholders  on the process,  organized a meeting held on 30th April 2014 wihc the GC boycotted and condemned. Regarding strategies for engagement, political parties such as the United Party for National Development (UPND) and Movement for Multi-Party Democracy (MMD) wanted the GC to organize more mass civil disobedience campaigns as a way to pressure the government.  However other Coalition members, in particular YALI and SACCORD, felt restrained by the Public Order Act and disapproved of the idea, preferring dialogue with the government.

Divisions were not only within civil society organizations or between CSOs and political parties but also within political parties. Many political parties, whether  within  or outside the GC, were  just as divided in their approach to dealing with the government’s back pedaling on the constitution making process. The Alliance for Better Zambia (ABZ) and the All Peoples Congress (APC), for instance, called for a boycott of the Golden Jubilee celebrations marking 50 years of Zambia’s independence in October in protest against the Government’s bad faith on the Constitution making process.  They conditioned their participation on government’s release of the final draft Constitution.

Others disagreed. The opposition party Movement for Multi-Party Democracy (MMD), which lost to the late President Sata’s PF in the previous elections, rejected the idea of holding Golden Jubilee celebrations hostage due to the constitutional stalemate, and called on its peers not to conflate disconnected issues. The National Restoration Party (NAREP) shared similar sentiments. These divisions no doubt worked to the advantage of the government and at the expense of the opposition and indeed all stakeholders demanding for a people-driven constitution.

These divisions were not without serious consequence.  They facilitated the erosion of public confidence in both civil society and political parties, and also invited the government to exploit the situation in furtherance of its own objectives.  For instance, instead of continuing to engage with the GC, which remains the most representative umbrella organization for all the non-governmental stakeholders involved in the process, the government on 23 September chose instead to meet and discuss YALI’s ten-point plan, thereby alienating the rest of the GC. In addition, the Government, as seen earlier, managed to convince some civil society organizations in the GC of the view that some of the political parties in the group were merely attempting to leverage association with the GC to access political power in 2016. As a result, many civil society organizations dissociated themselves from the political parties in the group, which only contributes to weakening the GC.

With Zambia now engaged in a presidential transition period following Sata’s death, new dynamics are likely to come into play if the Constitution making process—whose future is now completely unknown — goes forward. The bigger question however, as far as non-state actors are involved, is whether the broader opposition and civil society, whether within or outside the Grand Coalition, have learnt a lesson?