Zambia: Some team changes but does that guarantee new Constitution? 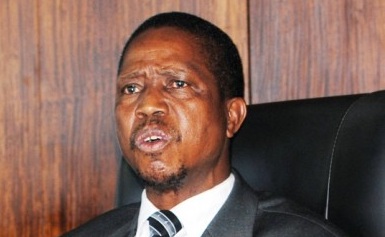 On August 28, Zambian President Michael Sata suddenly dismissed Justice Minister and Secretary General of the ruling Patriotic Front (PF), Wynter Kabimba and released him from his position as appointed Member of Parliament. Kabimba, it must be recalled, was charged with overseeing the making of Zambia’s new Constitution— aimed in part at restructuring the state and modernizing its institutions. The process came to an indefinite stalemate when the government refused to release the draft Constitution finalized by the constitution technical drafting committee last December for public review and ultimate referendum vote.

Against this background, Kabimba’s dismissal has generated excitement across Zambia, especially within the opposition where he was widely despised as a key obstacle to the constitutional process. ‘This is the man who at every moment used his portfolio to block the people of Zambia from having a meaningful road map on the issue of the constitution and his firing is long overdue…’ says for instance Antonio Mwanza, spokesperson for the Forum for Democracy and Development (FDD).

Some see his replacement as a positive signal from the political hierarchy to revive the constitutional process. ‘Kabimba’s [dismissal] has paved way for a fresh start [sic]’, observes an optimistic Nason Msoni, President of the All Peoples Congress (APC) who sees this development as a key step towards making progress on the constitution making process. He also points out that his party did not work well with the former Minister of Justice, who, in his view, was an interested party in the constitution making process, and was also rumored to harbor presidential ambitions.

Some civil society organizations share the same optimism. Chipenzi MCdonald, of the organization Foundation for Democratic Processes (FODEP), notes that the recent developments mean   Zambians can trust that the country’s new supreme law is now on the horizon.

Within a month of assuming office Mr Kabimba’s replacement, Honourable Edgar Lungu, has already taken some initiatives towards this direction—a move that seems to confirm the optimistic outlook from some quarters. Earlier this month, he called for dialogue and met with a consortium of civil society organizations and opposition political parties who make up the so called Grand Coalition to build consensus and move the constitution making agenda forward. Both sides have described the meeting as a positive step, with the Grand Coalition calling it fruitful and urging the release of the draft constitution for submission to a referendum.

Yet any optimism over these developments must be guarded. The next general elections are less than two years away. The President’s approval ratings have taken a serious dive over the constitution question—a key promise of his election campaign in 2011. Should he plan to run again, which is not unlikely, he would need to rebuild his image and regain lost political capital—not excluding sacrificing former allies to placate an electorate which has increasingly become hostile. Could Kabimba’s dismissal and his replacement’s sudden focus on the constitution making process be part of a strategy to achieve this? Not unlikely. In fact, Kabimba’s sacking has been viewed in some quarters as nothing but mere political scapegoating.

Dante Saunders, a renowned Zambian political analyst, contends that the impasse over the constitution making process in Zambia was hardly the handwork of one person, but rather the collective responsibility of the government. Zambia’s two largest opposition parties share the same view. “The constitution process is not dependent on an individual; it is dependent on the policy of the PF”, says Cornelius Mweetwa, Spokesperson of the United Party for National Development (UPND).

‘It is unfair to blame Kabimba’, observes Muhabi Lungu, National Secretary of the Movement for Multi-Party Democracy (MMD), for his part.

There is some merit to these arguments. Kabimba on many public occasions emphasized that the views he took on the constitution were representative of government’s position and not his individual views. He gained notoriety for refusing to release the draft Constitution, which he said could only be done with cabinet authorization-- which he never received. Yet, at no point in time during this period did anyone in the ruling PF challenge him on such statements or actions or for misstating government’s position. Instead many came out to openly support statements he made to the effect that a new Constitution was not a top priority of the government. In fact the political leadership had as early as November 2013 indicated that Zambia did not need a new Constitution— a U-turn on its 2011 campaign promise. So why blame Kabimba when he rubbished the constitution process as a secondary priority earlier this year?

The President seemed to be re-echoing his 2013 message when in April of this year, he again came out to say Zambia had a functioning constitution  and there was therefore no need for ‘so much’ noise  about the constitution making process. If these signals are anything to go by, then we should be only cautiously optimistic on the latest developments—and all the more so because the President remains deafeningly silent on the constitution question.

Saunders, the political analyst, is even more categorical in this regard. He has stated he harbors no illusions that Kabimba’s dismissal means the enactment of a new Constitution is in sight—and he is not alone.

The MMD and UPND are also pessimistic and skeptical that any positive outcome for the constitution making process will flow from either Kabimba’s dismissal or his succesor’s call for dialogue.

“Edgar Lungu [Kabimba’s replacement], should not…conduct a mockery on the minds of the people of Zambia over the constitution, which he has had the opportunity from day one to contribute to and make sure it moves forward”, warns UPND’s Mweetwa in relation to Minister Lungu’s call for dialogue in a recent  interview.

For their part, the MMD has simply challenged the new Justice Minister to release the final draft constitution—if they are serious— as opposed to calling for fresh dialogue. Such statements reveal the low levels of trust over the government’s intentions with regard to a new constitution.

Both the Government and the Coalition presented their different roadmaps for taking the process forward during the closed-doors meeting of 11 September. However, none has revealed to the public the details of these documents.  As such, it is hard to tell how much was agreed on from the two visions presented or even what will happen next beyond an agreement that both sides meet again.

The absence of most of the political opposition, in particular, the MMD and the UPND from the ongoing talks—despite being part of the Coalition— is also disturbing. It signals an absence of cohesion in terms of how of how to respond to the government, making the Opposition susceptible to manipulation. In fact the government seems to be doing exactly this as it continues to engage only with the civil society organizations in the Coalition. It also impacts the degree political of buy-in to the process. After all, these are currently the two largest parties in the country after the PF. Considering how political fortunes tend to change their views cannot just be ignored if a lasting sustainable solution is to be found.