Why Nepal's federalism debate matters to India and China 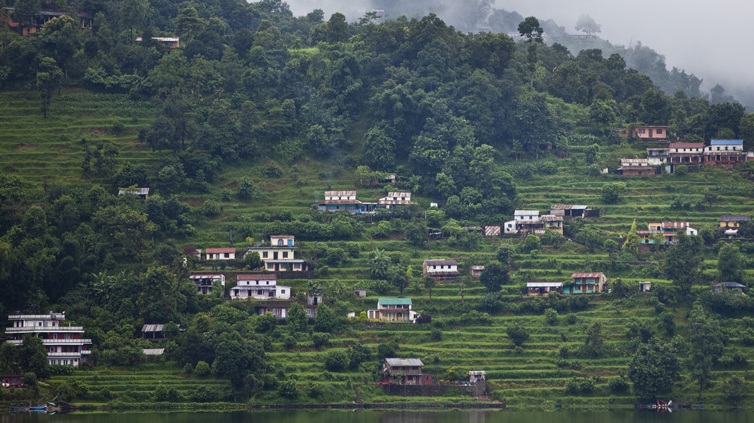 Nepal’s federalism debate— as observers of the constitution process are well aware— remains one of the most contentious issues in the writing of the country’s permanent constitution. As previously written here and elsewhere, the debate is not about whether Nepal should be a federal state. On that much, there is consensus. Rather, what continues to defy agreement is the form of a federal Nepal— should it be based on identity or on territorial boundaries? The ruling coalition partners—Nepali Congress and Unified Marxist Leninist (UML)—argue that the debate encompasses more than just identity and territorial boundaries but also capability. They contend that the territorial formula, which looks to geographical and physical boundaries when carving up the country, is the best way to maintain the economic viability of the federated units. Conversely, Maoists, together with Madhesi and other ethnic-based parties, support an identity formula that takes into account factors such as historical continuity, language, culture, and ethnicity in the delineation of federal units.

Interestingly, it appears that the significance of this question now transcends Nepal’s borders. While many international actors have had a say on this issue in one way or another, Nepal’s sandwiched location between India and China—two major regional powers and also its largest trading partners—has meant that the two border states cannot ignore what is happening. By necessity, Nepal has become an important sphere of influence for both countries. Security, as  this article argues is a key disquieting issue for both countries. China is worried about how this debate’s outcome might impact its ability to control and contain anti-China activities from Tibetan political activists residing in Nepal. Despite a recent rapprochement with Nepal’s Maoists, India remains concerned that a strong Maoist movement in Nepal may exacerbate problems with its own growing Maoist movement.

Security concerns aside, India’s historical and political connections with Nepal also run so deep that the former, more than China, has almost always been the destination of the first foreign visit by any new Nepali Prime Minister. India shares deep cultural ties with the Madhesis in the southern Terai region of Nepal and supports their struggle for greater autonomy within a federal framework. It has hosted rare high profile visits for Madhesi leaders— who favor identity-based federalism— sparking media speculation that India is pushing for the identity formula for federalism.

India, more than China, however, has maintained a specific position on the issue from early on. Despite its support for Madhesi autonomy and earlier media speculation that the country is backing identity-based federalism, more specifically along linguistic lines, India appears less enthusiastic about such a formula. Rather, it seems more opposed to indigenous groups and political parties seeking autonomy on the basis of identity based federalism. One possible explanation is India’s own struggle to contain demands from ethnic and indigenous groups for separate states or even outright secession. These are the Nepali-speaking Gorkhas, Nagas and Bodos in the northeast of India. The same paranoia has probably been driving India’s lukewarm attitude towards Nepal’s Maoists.

China’s stance is not any different. Moving from a relatively detached position to high profile engagement in Nepali politics, China—which unlike India and Nepal is a strongly centralized unitary state—has come out strongly against federalism in general and identity-based federalism in particular.

‘[China’s] only concern … is whether federalism would create further problems in Nepal [and] lead [it] towards disintegration’, says Unified Communist Party of Nepal (Maoist) Chair Pushpa Kamal Dahal (better known by his nom de guerre Prachanda) in an interview following a meeting with Chinese authorities last year.

Many analysts however, see  different motivations behind China’s thinking: Tibet and India. China’s opposition, they argue, is colored primarily by its concerns over how federalism might fuel and encourage further unrest in already troubled Tibet. Specifically, Beijing fears “ethnic” autonomous states in the mid-hills and the north could become a base for Tibetan unrest.

‘[China is] fretting that Tibetans, just over the border, might get similarly uppity ideas’, claims the Economist.

Tibetan nationalism and search for independence has been on the rise since China annexed the territory in 1950. It has since gained widespread support, especially in the West, resulting in China’s belief that the West’s push for federalism in Nepal is just part of a broader Western agenda to encourage and incite secessionist unrest in Tibet. In fact, according to the Chairman Prachanda, in a 2013 interview with Nepali paper Ekantipur, Beijing fears a federated Nepal would provide an opportunity to manoeuvre different activities to create problems in Tibet. Shishir Ghimire of the Institute of Chinese Studies has argued that China wants to pressure Nepal to control the movements and activities of Tibetans by nullifying the West’s influence on Tibetan issues.

India is another variable that is shaping China’s position on Nepal’s federalism debate. ‘China is influenced by the old Nepali nationalist mindset which sees Madhesis as Indians…’ says a senior Madhesi leader, who has dealt with foreign affairs and visited China several times. As such, China tends to associate an autonomous Madhesi state within a federated Nepal with an expansion of Indian influence in the South Asia region. According to Ghimire, China fears this expansion and wants to use Nepal as a gateway to contain it.

Ironically, China and India oppose identity based federalism in Nepal while ignoring the fact that their administrative units are, to varying degrees, carved out by a similar formula. Both in federated India as in centralized China, ethnicity, culture, and language, more than geography, have been the basis for defining federal units. This June, Telangana, consisting of units carved out of the ten Northwestern districts of the state of Andhra Pradesh will become India’s 29th state. This development is in response to demands for separate statehood from a sizeable linguistic group within Andhra Pradesh that had previously been denied recognition. China, on its part, has five autonomous regions based on ethnicity to accommodate the demands of significant numbers of ethnic minorities living in these regions. These include Tibet, Xinjiang Ughyur, Guangxi Zhuang, Ningxia Hui, and Inner Mongolia. This formula has worked fairly effectively in averting rather than exacerbating conflicts in these countries.

Notwithstanding the above, it is, by all means, clear that India and China’s perspectives on Nepal’s federalism debate are more politically motivated to serve their own geostrategic interests rather than those of Nepal. While it must look first to its own national interests, Nepal’s location between two major powers with their own geostrategic interest, who are also the country’s largest trading partners, puts it in a tricky position. It cannot afford to be insensitive to these regional interests (and the repercussions of doing so), regardless of whatever solution it adopts. However, how policy makers in the constitution making process balance these conflicting interests in the weeks and months ahead remains to be seen.

Prabindra Shakya is associated with different NGOs in Nepal for research and advocacy on peacebuilding and human rights.