Why Liberians shunned the 2020 referendum — and what’s the future for constitutional change? 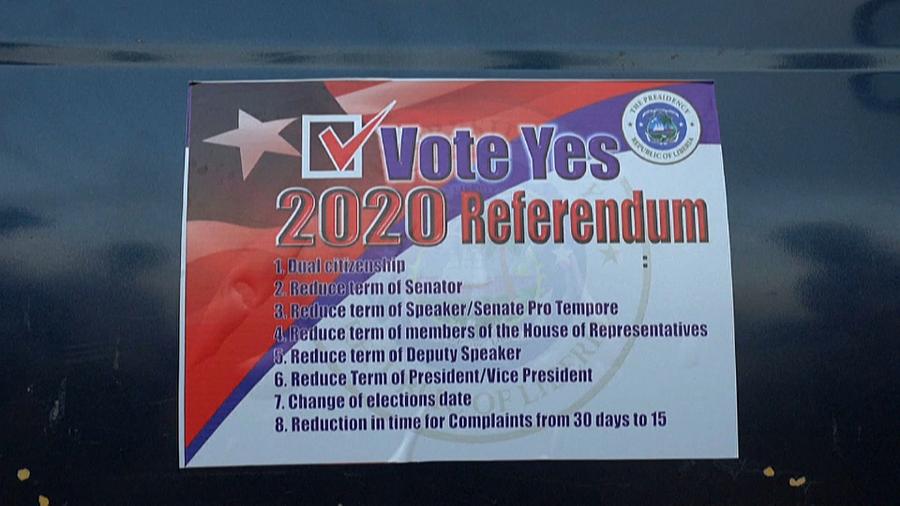 Nearly four months after Liberians voted in a constitutional referendum on 8 December 2020, the chairperson of the National Elections Commission (NEC) reported, on 1 April, that none of the items presented to voters met the constitutional threshold to pass. Surprisingly, these were items proposed by Liberians during three years of consultations at public forums and seminars organised by the erstwhile Constitution Review Committee (CRC). While the majority of valid votes were actually in favour of the proposals, it was not enough to meet the two-thirds approval threshold needed to pass the amendments. This high threshold, combined with a low voter turnout, a staggering number of invalid votes, and a diversionary senate election culminated in the referendum’s overall failure.

Responding to a long public campaign for constitutional reform, former President Ellen Johnson-Sirleaf established the CRC in 2012 to review the 1986 Constitution and make recommendations for reform. By 2015 the CRC had completed its review, but left the country deeply polarized between those who campaigned for a Christian religious state and secularists fighting to protect the country’s liberal and secular identity. There were also globalists campaigning to change citizenship laws to allow for dual citizenship, and the repeal of laws that currently restrict citizenship to people of “negro descent”, against those determined to maintain Liberia’s “protectionary” citizenship laws. These deeply polarising proposals were among a total of 25 approved in the National Constitutional Conference – the CRC’s final consultative forum held from  29 March  to 2 April 2015 with 500 delegates from across the country and the diaspora. In August 2015, the CRC presented all approved proposals to the President for submission to the legislature.

The referendum was dominated by a series of proposals to reduce the term of office of all elected officials.

The legislature debated these issues for four years before approving eight topics that were put to referendum in December 2020. The legislature advised that the rest of the issues be considered either for legislative enactment or administrative policies. To the disappointment of those campaigning for a “Christian religious state,” their proposal did not make it to the referendum. Similarly, the proposal to remove the “Negro Clause” citizenship law was equally rejected by the legislature. While many initially thought that the political leadership would not approve proposals seeking to reduce their term of office, to their credit, the referendum was dominated by proposals to reduce the term of office of all elected officials. However, the legislature ditched salient proposals on women’s political representation, and decentralisation and local government reforms which would have potentially shifted the balance of power between central and local governments whose officials continue to work at the will and pleasure of the president.

The issues on the ballot

The second and third items on the referendum ballot were proposals meant to address technical and logistical issues around elections. The second item was a proposal to change the date of election from October (rainy season) to November (dry season). Even though the “Yes” vote was higher on this proposal, it failed to meet the constitutional threshold of two-thirds of the valid votes required to pass. This was the second time this proposal failed to meet a threshold to pass in a referendum — the first was during the 2011 referendum. The third proposal, which sought to “reduce the time frame for resolution of complaints emanating from general elections from 30 days to 15 days”, also did not meet the threshold.

The Opposition raised concerns that President Weah would argue that the constitutional change re-set the clock on his tenure.

The remaining five items focused on reducing the term of office of elected officials, including the president. These proposals were initially touted as a break from a trend in the sub-region where recent constitutional changes rather sought to prolong presidential terms, as was recently seen in neighbouring Guinea and Cote d’Ivoire. But in the end, the proposal to reduce presidential tenure from six to five years generated heated debates due to concerns that President George Weah might copy from Ivorian President Ouattara’s playbook and argue that his first six years would not count under the new constitution. Despite efforts by President Weah’s office to reassure the public of his commitment to the two-term principle, the Opposition campaigned against the proposal. While the initial proposal sought to reduce the presidential mandate from six years to four years, a last-minute negotiation between President Weah’s office and the legislature settled on five years. Even though all five items on reducing the terms of elected officials received more “Yes” votes than “No” votes, they, too, failed to meet the two-thirds threshold required to pass.

The NEC applied principles laid out in a Supreme Court ruling of 2011 that provided that for a proposal to pass in a referendum, it must receive the endorsement of two-thirds of the valid votes in said referendum. There were about 52% invalid votes on average between the eight items, with seven items having more than 50% invalid votes each. Thus, it was difficult for any item, including those that received more majority “Yes” votes, to pass. With such stringent requirements, coupled with a very low turnout of 33.51%, the referendum essentially failed. But understanding why Liberians shunned this vital process of constitutional change can perhaps offer some lessons for future constitutional reforms in Liberia and elsewhere.

First, the main proposals on political accountability and participatory democracy championed by civil society organizations and many activists were rejected by the political leadership. The legislature’s refusal to include proposals on women’s political representation and decentralisation and local government reform left many disappointed and this eventually sapped public momentum in the referendum. Second, after public consultations ended in 2015, the discussions on the referendum were exclusively among the political leadership. Their refusal to bring back the final items adopted by the legislature to the public for more civic education and debate meant that voters were frustrated by a lack of understanding on the content of the proposals and potential impact on their lives. Third, the referendum was held alongside a special senatorial election which significantly overshadowed the referendum campaign. While the senate campaign went ahead, the four major opposition parties were in the Supreme Court seeking cancellation of the referendum because the NEC had initially combined and condensed five items on reducing elected officials’ terms into one measure on the ballot. The Supreme Court rejected the petition but compelled the NEC to present the items separately in line with the procedure set out in the Constitution. Understandably, the parties were more concerned with increasing their numbers in the senate than campaigning for a referendum which was still facing legal challenges in the throes of the campaign.

By presenting the proposals as a “legacy project,” the President stripped the Liberian people of the ownership of their own reforms.

Finally, President Weah and his campaign were disingenuous to present the proposals as his personal proposals for constitutional change. By presenting the proposals as a “legacy project” for Weah with the aim of creating a façade, a democratic image of himself, he stripped the Liberian people of the ownership of their own reforms. With the Opposition equally suspicious of his motives, they rallied the people for a mass boycott of the referendum. Alas, instead of the referendum being an ideological contest on the constitutional future of the country, it ended up as a popularity contest between the Weah administration which campaigned for a ‘Yes’ vote on all items and the Opposition which campaigned for a mass boycott or a ‘No’ vote on all items. While it is unclear whether voters responded to the call from the Opposition to boycott the referendum or declined to participate due to lack of knowledge on the propositions, it is very clear that it ended up in a defeat for President Weah and his party.

This outcome could have been avoided had the government consulted widely, particularly with members of the opposition and civil society, given the numerous setbacks the process encountered, including the above-mentioned Supreme Court ruling that forced the NEC to reprint the referendum ballots just two weeks before the vote. Broader consultation on the future of the reforms might have arrived at a negotiated settlement acceptable to all parties and generated more support for the reforms. But calls from civil society organisations and some senior citizens, including the former chairperson of the erstwhile CRC, to postpone the referendum and conduct more civic education, for at least one more year, were ignored by the government. The outcome of the referendum can thus be seen as a result of the combined incompetence of the NEC and the rashness and zealotry of a government determined to demonstrate authority and popularity over its opponents.

The future for constitutional reform

The referendum was a setback for those campaigning for a progressive democratic culture in Liberia, and perhaps all Liberians. The outcome does not however reflect the collective views expressed by Liberians over the years for a decentralized and participatory governance arrangement, accountable political culture, and progressive citizenship laws. These issues remain as salient as they were when the CRC was established. With no constitutional restriction on holding referendums in Liberia, these issues can be raised again at any time by any party interested in advancing constitutional change. But a more progressive reform would require broader consultations, particularly on issues for constitutional change that emerged during the recent Ebola epidemic crisis (2014-2016) and the ongoing Covid-19 pandemic. In both crises, Liberians have had to postpone elections, and there are concerns that such postponement beyond the constitutional term of office might have grave constitutional implications. Also, during both crises, there have been controversies over the extent of emergency powers allowed by the Constitution. In the latest state of emergency declared to fight Covid-19, the government attempted to use its constitutional emergency powers to silence free speech and limit the Opposition’s and civil society’s ability to demand accountability. These issues and many more, like filling vacancies in the legislature without conducting expensive by-elections, and strengthening links of accountability between legislators, their constituents, and the parties that nominate them for elections are salient political questions facing Liberia today. The current political leadership might have lost appetite for major constitutional changes, but the state of democracy remains in want of crucial reforms.