When constitutions and the state fail us: lessons from Ebola 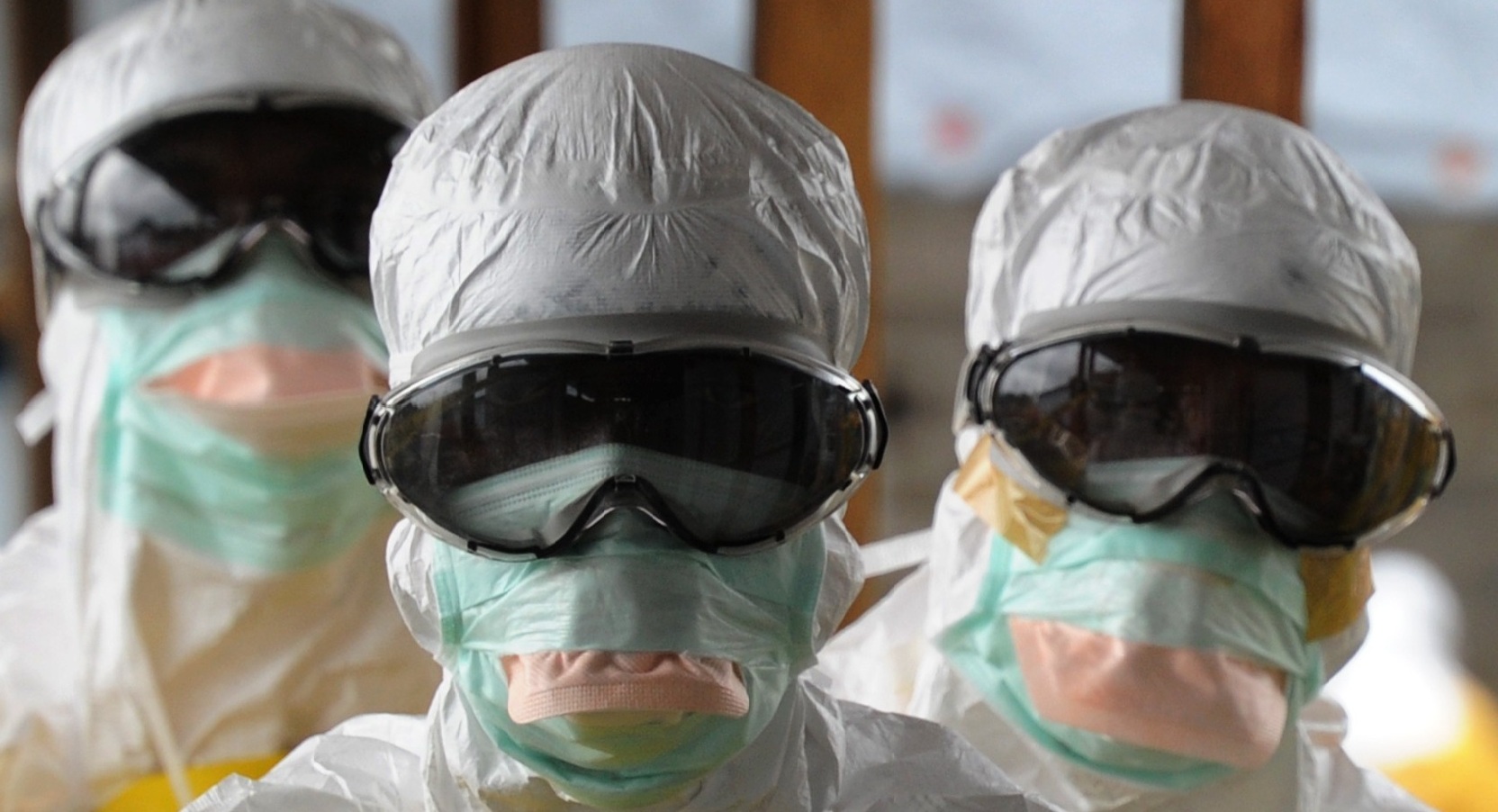 Frontliners in the fight against Ebola in protective gear.

In March 2014 the deadly Ebola epidemic that broke out in a remote forest region in Guinea spilled over into neighboring Liberia. By July, it had swept through Monrovia and many other counties infecting nearly 2000 and the death toll—which continues to rise as I write— has exceeded 1000. The country has come to a standstill. Senate elections which were due for October have been postponed until December. On the economic front, increasing border closures with Liberia is negatively affecting trade flows, especially food imports. The Government’s shut-down of vast areas of the country to curb the spread of the disease is driving down domestic food production. These measures are driving up prices for basic food commodities, in some cases by almost 150 percent according to an FAO alert.

As researchers worldwide continue to probe the possible scientific origins of the epidemic and international efforts to find a vaccine and a cure continue, it is also imperative for Liberians to look at the political enablers, which while not necessarily a cause for the outbreak, made its spiraling out of control possible. This requires a deep and honest reflection on some of the fundamental shortcomings of our political system, especially at a time when we are also engaged in a constitution making process that is expected to rebuild and strengthen the capacity of the state. Without a capable state, scientific explanations and measures alone will not ensure Liberians never see Ebola again. But what do I mean by this?

To keep things simple, let me begin by summing a capable state as one that has a functioning governance infrastructure based not only on a sound constitutional framework but also on the right constitutional culture. Among many other factors, this means respect for the rule of law, human rights, and transparent and accountable government. The promise of development, the fulfillment of the social contract—which the constitution embodies— and with it, the strengthening of public trust can, arguably, be realized only when these are present. It is trite learning that the current Liberian state represented none of these values.

Belated public health campaigns and an initially lackluster response by the international community, as well as globalization have featured as some of reasons why Ebola took its deadly trajectory. While there may be some truth to that, everything else boils down, ultimately, to a fundamental governance failure on the part of the Liberian state. Its inability or lack of will over the years to take necessary measures, in line with constitutional obligations, to improve the lives of citizens across the board through increased access to health care, education and resources to enhance their social and economic status more than anything explains the unpreparedness of the state and citizens to deal with this crisis.

Consider, by way of illustration, the issue of education which is directly correlated to literacy rates. A UNESCO data on adult and youth literacy rate by country places Liberia—as in many of the other Ebola-hit countries – at below 50%, among the lowest in the world. The result is that many in Liberia’s poor rural areas and urban slums— which are the most affected by the outbreak— lack the tools to appreciate the reality and dangers of the disease. Their reliance on risky traditional healing methods, or worse still, denials of its existence, as we have seen lately, is partly the result when the state fails us and the constitutional promise of access to education, as a socio economic right, becomes illusory.

Official corruption and an elaborate presidential patronage system that rewards loyalists and punishes opponents —all possible due to the breakdown of respect for the rule of law and constitutional governance—has created a culture of impunity. An Anti-Corruption Commission (LACC) exists for investigating corruption cases but its recommendations for prosecutions have for the most part been ignored according to two reports—one from the UN report in August 2012 and the other from the US State Department in 2013. This has encouraged corruption and lack of accountability which, over the years, has weakened the State’s capacity to respond to national emergencies such as this. Some public officials are not shy in recognizing this: “The absence of proper accountability mechanisms between the government and the people and the lack of effective power relations between local authorities and the central government caused the Ebola crisis to surge out of control”, says, for instance, Dr. Alfred Kulah, an advisor at Liberia’s Ministry of Internal Affairs.

The situation is further exacerbated by the attitude of some public officials in Liberia who have escaped to safe havens abroad, as less fortunate Liberians struggle to combat the disease. By contrast, diaspora Liberians, many with foreign citizenship and who are victims of a constitutional ban on dual citizenship and thus have been stripped of their Liberian citizenship, are the ones mobilizing resources to help the country combat the scourge of Ebola. Unpatriotic conduct and divided loyalties are some of the arguments against dual citizenship in the current constitutional debates. But considering what has unfolded so far, it is legitimate to question who, between deserting public officials and diaspora Liberians, is guilty of such charges?

Over the years, the reality of Liberia’s leadership and governance failures has bred public frustration, anger and distrust for the government. Ebola, as Robtel Pailey argues in The Guardian , has now also provided the vent for channeling that disillusionment.

As the disease continues to ravage the country the current constitutional reform process, while not formally suspended, is most probably the least of anyone’s priorities now. Yet, for the sake of posterity as we hope and long for a post-Ebola Liberia, it becomes even more critical in the context of the reform process for all actors, especially civil society, to encourage and broaden public consultation and debates on the interaction between constitutional outcomes and efficient service delivery. The Committee’s unsuccessful attempt to table a draft before the legislature during the last sitting provides an opportunity to reopen the debate and interrogate this reality. In other words, what lessons can we draw from the Ebola outbreak as we renegotiate our social contract?

The solutions are easily identifiable from the problems. For example, it is no longer rocket science that our new social contract must provide better accountability mechanisms, or allow for decentralization to promote better service delivery. It is not sufficient either to simply create additional layers of costly public institutions, expand socio-economic rights or call for more inclusive governance processes. The biggest question and perhaps most difficult challenge is how can we ensure our post-Ebola Constitution—if one may call it so— is not only well designed but actually works as a tool to  address the governance failures that left us so unprepared? The health care system, which Ebola has exposed, is but one example of the inadequate ness of our society. I could identify many more sectors in which we are just as lacking due to the shortcomings of our political system.  What must be done differently to ensure our new Constitution better achieve its function to support the delivery of public goods?

I offer no solutions or answers to these challenges but raise them to signpost the limits of having a constitution without the right constitutional culture and political will. These cannot be constitutionalized but reflecting on them as part of the process allows us to see why we need an attitudinal shift. While a constitution cannot guarantee attitudinal shifts either, it can facilitate their emergence. But first we need to get it right and Ebola, just like our civil wars of yesteryears, is another reason why we cannot afford to keep getting it wrong.