The Venezuelan political crisis and the National Constituent Assembly 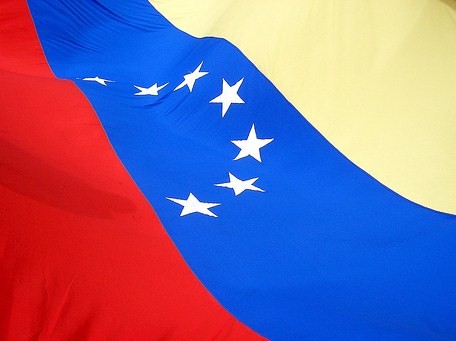 Following stalled opposition efforts to recall President Nicolas Maduro and signs of internal divisions within the ruling government, the Venezuelan government has established a National Constituent Assembly whose immediate goal is to disempower opposition to the government. The empowerment of constituent assemblies to control the regular political process, beyond their task of constitution drafting, could allow political groups to quell any dissidence and to impose an authoritarian political regime – writes professor Rogelio Pérez-Perdomo.

The political and constitutional crisis

With the election of President Nicolas Maduro in 2013, the Venezuelan Chavist revolution (‘socialism of the 21st century’) entered a downward spiral. Scarcity of food, medicines, and repair parts, a high inflation rate, and high and increasing rates of violent crime have become frequent motives for protests. In December 2015, the opposition won a landslide victory in the parliamentary election, but government policies remain unchanged. On the contrary, the response of the government has been to disregard the National Assembly. The Supreme Court, totally controlled by the ruling government, has become the battering ram against the Assembly. The Court has systematically voided as unconstitutional most legislation produced by the Assembly, limited its power of control of the executive branch, tampered with the composition of the Assembly in order to deprive it of the qualified majority, and tried to regulate legislative procedures to make it nearly impossible to adopt new legislation. Protests against the government have been swiftly repressed. Under Chavez, Venezuela was considered a hybrid regime: authoritarianism with a legal and democratic façade. Under Maduro, authoritarianism and repression have become the dominant features.

In 2016, the crisis became more acute. The rate of approval of President Maduro fell to about 20 per cent. The opposition parties controlling the National Assembly, under the umbrella of the Mesa de la Unidad Democratica (MUD), initiated the recall of the President. The National Electoral Council (CNE), controlled by the ruling government, delayed the processing of the recall and finally made the vote impossible. The CNE also suspended the election of state governors due in December 2016. These election blockages were a response to the very low popularity of Maduro and the ruling government. Several foreign governments and the Pope have tried to mediate, proposing freedom of political prisoners, the recognition of the full powers of the National Assembly, and the establishment of an electoral calendar, but the ruling government has refused mediation, as well as the humanitarian assistance offered by foreign governments to ease the food and medicine shortages.

On 30 March 2017, the Constitutional Chamber of the Supreme Court published two decisions (sentencias 155 and 156) that essentially eliminated the Venezuelan National Assembly. These decisions were the last straw for the opposition, which took to the streets in large numbers to protest. The Attorney General Ortega Díaz declared that these decisions had rendered the constitution inoperative. Ortega Díaz was not alone: a number of individuals who had supported the ruling government in the past increasingly became critical of Maduro’s actions.

In April 2017, large crowds were in the streets daily even as repression hardened. The situation became increasingly untenable. People protested in the streets, calling for freedom for political prisoners and the end of the ruling government. Others protested the lack of food or the enormous increase in violent crime. That month, a number of people were killed in protests and hundreds were injured. In addition, hundreds were taken prisoner, but prosecutors refused to charge them and instead began legal proceedings against those who had killed or tortured protesters. Criminal proceedings did not go far because the judiciary was controlled by the ruling government.

In this extreme and very delicate context, on 1 May 2017, Maduro called for a National Constituent Assembly (Decree 2830), the first since the adoption of the 1999 Constitution. Unlike most constituent assemblies in other countries, the Venezuelan Constituent Assembly has extensive powers to draft a constitution, but also to control and dismiss existing institutions and officials, and even to postpone legislative, presidential and other elections, which could allow it to skip upcoming elections where the government could lose. Despite arguments that calling a constituent assembly required popular approval in a referendum, the Constitutional Chamber of the Supreme Court decided otherwise. The CNE moved quickly this time, and on 23 May, the procedure for electing the 545 members of the Constituent Assembly was published (Decree 2878). The procedure guaranteed that a majority of those elected would support the regime. Each municipality elected one delegate, while state capitals elected two delegates, regardless of their population size. In addition, a proportion of the members were elected by Chavist organizations, such as students, workers and indigenous groups. For this reason, the opposition decided not to participate in the election of such assembly.

The opposition parties called instead for a popular consultative election, which took place on 16 July. An estimated 7.5 million Venezuelans voted, including more than 600 000 residing out of the country; long lines were visible at election sites. In lopsided results, voters endorsed three questions: rejection of the Constituent Assembly, a call to the armed forces to respect the 1999 constitution, and to support for the National Assembly. Consistent with these results, independent political polls during July showed that about 80 per cent of the Venezuelan population did not want a constituent assembly.

Nevertheless, on 30 July, the election for the Constituent Assembly took place.  Official reports were that about eight million people voted, although most voting sites did not have long lines. One day later, Smartmatic, the business that provided technological support to the CNE, declared that the turnout figures were tampered with and that the difference between actual participation and the announced figures were at least one million votes. The opposition said that the suspected fraud was confirmed.

In the meantime, street protests against the ruling government and severe repression continued. Between 1 April and 30 July, 153 people were killed, thousands were injured and thousands were imprisoned. As prosecutors resisted taking action against protesters, encouraged by Ortega’s public positions, the protesters were brought to military justice and swiftly condemned to harsh penalties.

The Constituent Assembly and the isolation of the Venezuelan government

According to Decree 2830, the Constituent Assembly is intended to bring peace to the country, deepen the socialist model, and solve the economic and political crisis. Drafting a new constitution appears related mostly to the construction of the socialist model. In 2007, then President Hugo Chavez attempted to reform the constitution in this direction, but his proposals were defeated in a referendum, even though he was a charismatic and popular figure. Most likely, the current Constituent Assembly will try to revive this project, but it is clear that drafting a new constitution is not its main purpose. The immediate purpose appears to be to get rid of perceived blockades to government powers, in particular Attorney General Ortega Diaz and to subdue the National Assembly. Considering that the Constituent Assembly gave itself two years to draft a new constitution and considers itself above the constitution and the law, the ruling government is seeking absolute power. The factual base is the support of the military, police forces and armed gangs (‘colectivos’), not of the people. The cost for the ruling government is loss of international legitimacy. The Venezuelan government is now largely seen as a dictatorship.

Most other countries do not recognize the Constituent Assembly. The European Union and several European countries have condemned gross violations of human rights and the authoritarian character of the regime. Mercosur (the economic union of Argentina, Brazil, Paraguay, Uruguay and Venezuela) suspended Venezuela’s membership based on application of its democratic clause. On 8 August, eleven Latin American countries and Canada issued a joint declaration condemning the breakdown of the democratic order in Venezuela, refused to recognize the Constituent Assembly and the acts produced by it, expressed total solidarity with the National Assembly, declared that legal acts requiring National Assembly authorization would be recognized only if they received such approval, supported the Venezuelan Attorney General, rejected the violence, and condemned the systematic violation of human rights. The American government has sanctioned Maduro and other high officials. Trump even threatened military intervention, which was opposed by almost everyone, including the Venezuelan opposition.

Next steps and concluding remarks

The Constituent Assembly essentially has unlimited powers and decides on the decision making procedures and process for the adoption of any new constitution. Considering the dominance of government supporters, the draft constitution is likely to be adopted with consensus. While the Constituent Assembly has indicated that the draft constitution will be submitted to popular referendum, given the high probability of rejection, it is likely that this referendum will not take place. So far, no public consultations have been planned.

At this time, it is clear that largely due to the repression, protests have become smaller and less frequent, but the economic crisis threatens the stability of the ruling government. The government has destroyed or greatly curtailed private business and has used public enterprises and institutions for the enrichment of its supporters. The country is heavily indebted and has a very low production capacity. Hyperinflation and concurrent famine are more than threats: they are imminent. In this context, it is hard to expect political stability.

The present situation in Venezuela offers an opportunity for reflection on the uses of constitutions. When dictator Perez Jimenez was expelled in 1958, Venezuelan society began a period of consensus building. Under the 1961 democratic Constitution, accepted by all parties, Venezuela became a model of democratic stability for Latin America. It was a constitution on the model of Weimar constitutionalism and accommodated different interests and visions of society. Ambitious governments progressively rejected consensus building and created opportunities for corruption. In the 1990s, Hugo Chávez and a diverse coalition burst into politics with a different conception of a constitution: the 1999 Constitution was conceived as a powerful instrument to subdue those who opposed Chavez’s views. Chavez sought to weaken checks and balances, and he used his popularity to get total control of the state.

Maduro and his people are using the same strategy but without the popularity that allows for democratic elections. The regime is not a hybrid any more: it is an unmasked dictatorship. A constitutional process and a document called constitution can be useful for establishing a dictatorship, even if this is opposed to the very idea of constitutionalism. The question is whether a regime without checks and balances and without respect for human rights is ‘constitutional’. The Venezuelan experience demonstrates the dangers of relying on constituent assemblies for constitutional change in circumstances where the procedures are crafted to ensure the dominance of certain groups or ideologies. Crucially, the empowerment of such assemblies to control the regular political process, beyond their task of constitution drafting, could allow authoritarian regimes to quell any dissidence and to impose an authoritarian political regime.

Rogelio Pérez-Perdomo is a professor of law at the Universidad Metropolitana in Caracas.