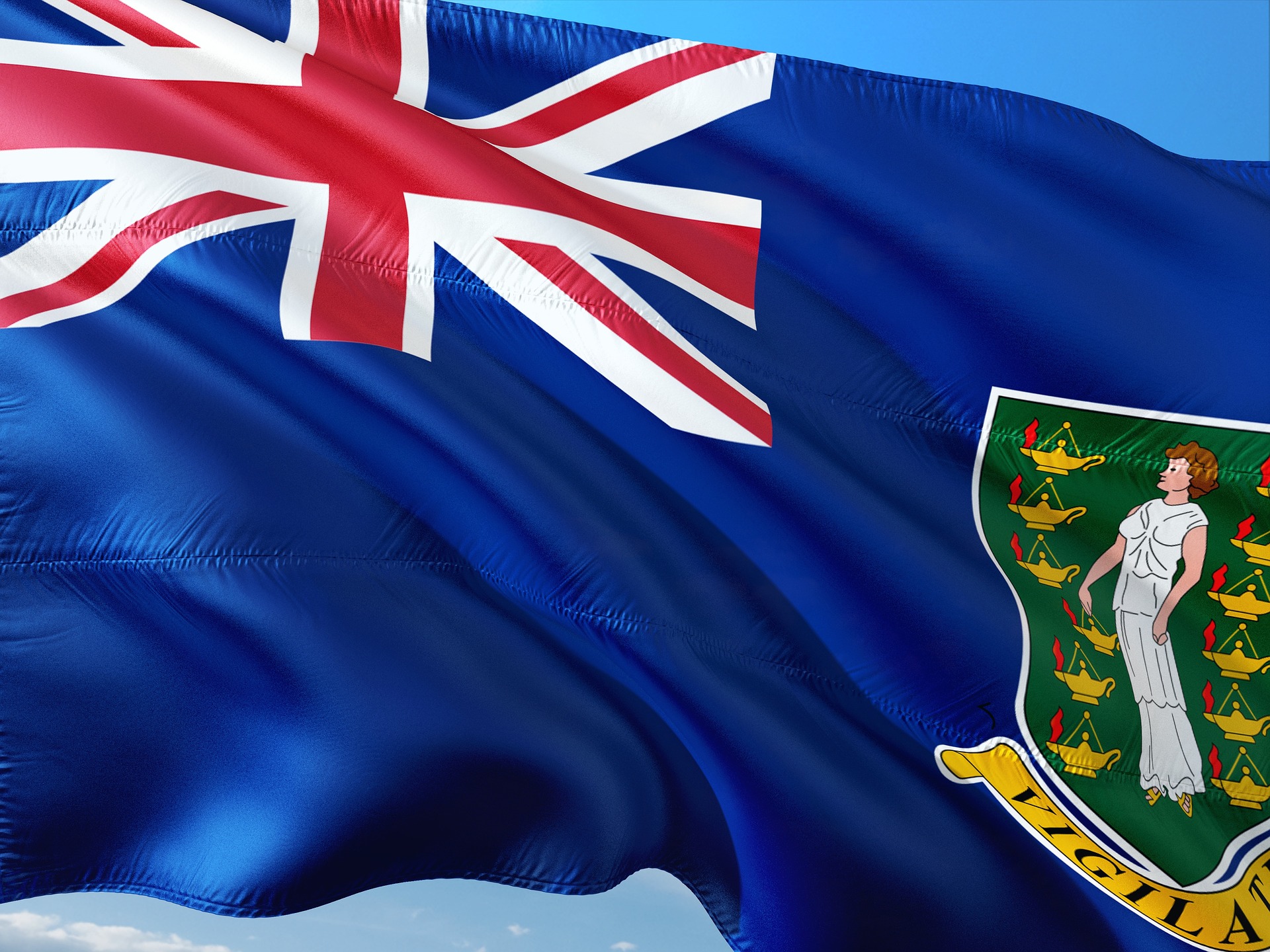 Flag of the British Virgin Islands (photo credit: jorono/pixabay)
Seven Caribbean states have condemned as “retrograde” the potential imposition of direct rule from London on the British Virgin Islands (BVI) amid allegations of corruption and the arrest of the former BVI premier last week in a drug-smuggling sting operation. The British Foreign Office minister Amanda Milling was greeted with street protests on Monday as she met BVI politicians and civil society to discuss the possible move to press ahead with direct rule as recommended by a commission of inquiry report last week. The commission, headed by a retired British judge, Sir Gary Hickinbottom, found that corruption and misgovernment was so rife that a partial suspension of the constitution and closure of the national assembly for two years was required. But the proposal has been firmly opposed by BVI politicians, including the acting premier, Natalio Wheatley, who took office after his predecessor Andrew Fahie, 51, was arrested on drug-running charges in Miami last week
Read the full article here: The Guardian