In Trinidad and Tobago, speaker of the house issues clarifying statement in response to opposition criticism during sitting on presidential removal 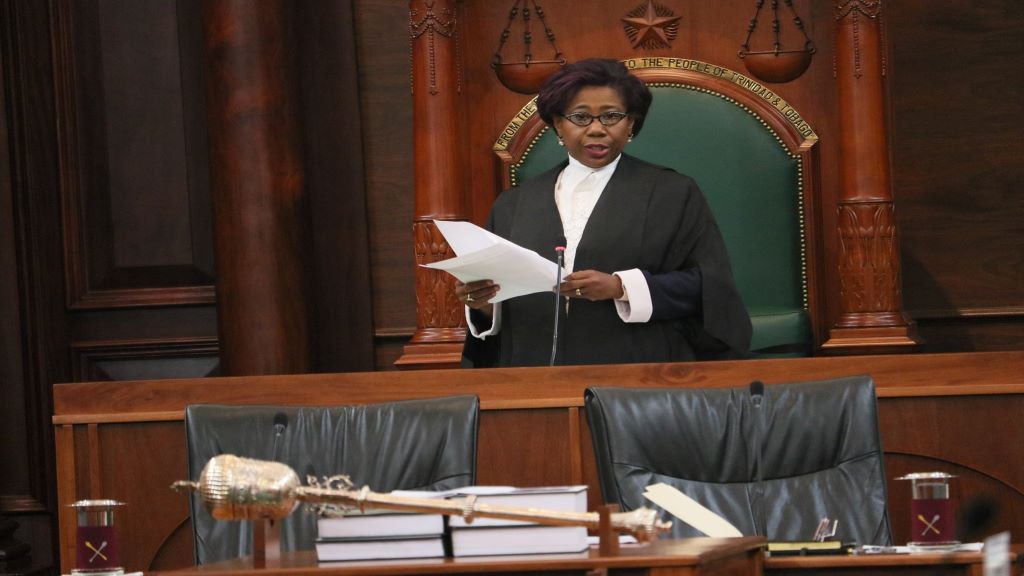 Speaker of the House, Bridgid Annisette-George (photo credit: Loop News)
The Sitting of the House of Representatives in which the members would be called upon to vote to have a tribunal launched against President Paula Mae Weekes had to be suspended shortly after it began. [...] Opposition members seemed to feel slighted at the fact that they would not be permitted to respond to the motion to remove President Weekes and while the Speaker was explaining her position on the matter, several of the members voiced their displeasure.  [The Speaker's intended statement addressed the following matters raised by the Leader of the Opposition: "firstly, whether a debate ensues when a motion pursuant to section 36 of the Constitution is proposed, and if so, at what stage? and by which body? secondly, an assertion that guidelines issued by the Speaker, in relation to these proceedings, are ultra vires the Constitution and thirdly, accusations of bias levelled against this Chair and a Member of the other place."]
Read the full article here: Loop News