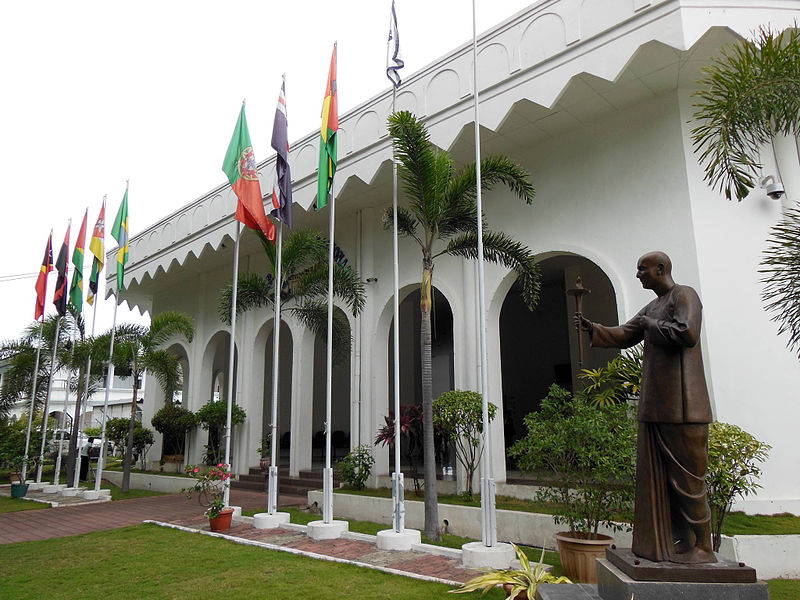 Parliament of Timor Leste (photo credit: David Robie / Pacific Media Centre)
Just days before the scheduled inauguration of President-elect Jose Ramos-Horta on May 20, Timor-Leste's parliament passed a bill establishing the president's responsibilities, along with [defining various crimes against] the country's constitution. [...] The proposed law was introduced by representatives of [...] the three parties that supported incumbent Francisco Lu Olo Guterres who was defeated by Ramos-Horta in the presidential election last month. The bill, which consists of 30 articles, stipulates the president's "constitutional obligations" and a prison term of between two and eight years in cases of "coercion against a constitutional body". It also covers crimes such as an “attack on the constitution” which carries a penalty of five to 15 years, for “attempts to oppose the Constitution of the Republic, with the aim of changing or suspending it by force or by means other than those democratically provided.” The same penalty also applies if the president, "by flagrant deviation or abuse of his functions or by serious violation of his inherent duties, even through nonviolent means or threats of violence, attempts to destroy, change or overturn the rule of law," [...] The bill is just waiting for approval from the president to be enacted into law.  It comes amid concerns that Ramos-Horta could dissolve the parliament after his inauguration, something the main supporter of his candidacy, Xanana Gusmao, chairman of the Timor Reconstruction National Congress (CNRT) party, wanted.
Read the full article here: UCA News