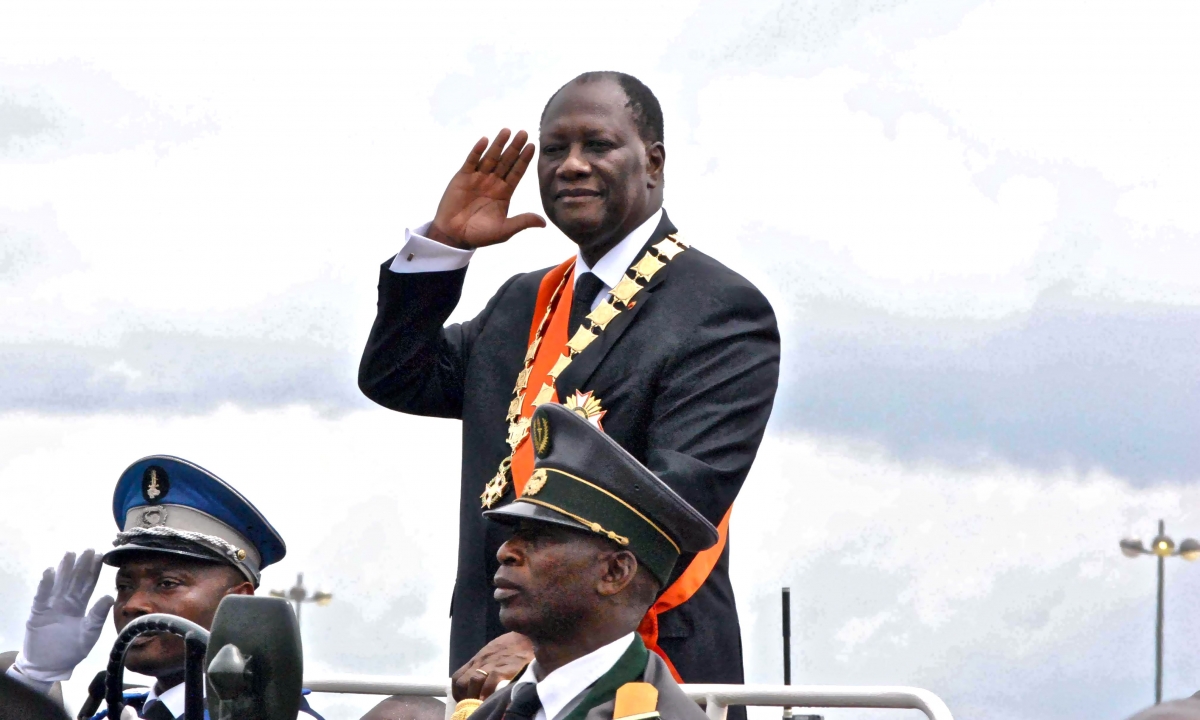 The current Constitution of the Republic of Cote d’Ivoire was adopted in 2000 under the late General Robert Guei, who took power after a military coup in December 1999. This launched the era of the Second Republic with Laurent Gbagbo as first president. From its adoption in 2000, the Constitution has raised controversies. In particular, article 35, which states that presidential candidates must prove that both their parents are natural-born Ivorians, was considered discriminatory and exclusionary, and contributed to political and security crisis.

In 2011, after a post electoral crisis, Alassane Ouattara was inaugurated as President of the Republic. During his 2015 electoral campaign for reelection, Ouattara recalled his intention to amend some provisions of the Constitution as he announced at the beginning of his first term. Eight months after his reelection as president, in April 2016, the Council of Ministers approved a draft organic law on the organization of a referendum to adopt a new Constitution. It was the first step in the process of elaboration of a new Ivorian Constitution. A committee of the National Assembly is examining the draft law, before its presentation to the plenary session.

In the meantime, on 31 May 2016, President Ouattara unilaterally appointed a Panel of Experts in charge of proposing a draft of the new Ivorian Constitution. The President did not seek the approval of the National Assembly, nor did he officially consult opposition groups and civil society organizations (CSOs), in making the appointments. This piece provides an analysis of the process of constitutional reform and the main substantive issues that are likely to be subject to review.

Composition and mandate of the Panel of Experts

The Panel of Experts is composed of ten members, including three women, all of whom are lawyers with a prevalence of academic personalities. The Panel is presided by Professor Ouraga Obou Boniface, former Dean of the Law Faculty of the University of Cocody. Ouraga is a competent expert and former Member of the Constitutional Council (Court), and served as President of the Consultative and Constitutional Commission that drafted the Constitution of 2000. The Panel also includes M. Kambile Sansan, the current Minister of Justice, and M. Cisse Ibrahim Bacongo (Dr), former Minister and currently a special presidential advisor, as representatives of the President. Opposition groups and CSOs do not have similar direct representatives.

The mandate of the Panel is to propose a draft constitution taking into account recommendations of the President of the Republic and propositions of CSOs, and religious and political stakeholders. According to the rules establishing the Panel, interested groups and individuals may submit their propositions to the President, who will then pass them to the Panel. The Panel was expected to finalize its draft by the end of June 2016, which was too short a period to organize a democratic and participatory reform process as the President indicated. Indeed, the Panel is still working on the draft without a new deadline.

Criticism of the inclusivity of the reform process

The President has indicated that the process of adoption of the new constitution of Cote d’Ivoire will be democratic and involve the participation of the people, CSO’s, and opposition groups. Accordingly, once the Panel was established, the President started successive consultations with opposition parties, CSO’s, traditional leaders and religious leaders. The consultations are aimed at sharing with these actors the main reform proposals that may be included in the new constitution. Nevertheless, the inclusivity of reform process is questionable.

To start with, the President appointed the Panel of Experts unilaterally. Despite the prominence and expertise of the members, the lack of broad consultation in the appointment process may undermine the credibility of the Panel. Moreover, for some leaders of opposition parties, who met on 7 June 2016, the inclusivity of the process requires the establishment of a “Consultative Commission” in which representatives of political parties as well as representatives of the various categories of people will be involved, as has been done in Burkina Faso. Only then would the process be considered democratic and transparent. CSO’s expressed similar sentiments during their meeting with the President of the Republic. On 30 June, twenty-three opposition parties adopted a declaration criticizing the reform process as undemocratic and rejecting the planned constitutional referendum process.

Focus of the constitutional reforms

The exact content of draft of the new constitution will only be available upon the completion of the work of the Panel of Experts. Nevertheless, it is possible to identity certain areas that are likely to be the subject of reform. Initial consultations between the President and civil society organizations, religious, traditional and political actors reveal that the reforms will affect broad constitutional areas relating to the nature of the political regime, the organization of the executive power, the conditions of eligibility to the presidency, and the protection of human rights.

Concerning the nature of the political regime, the President has proposed a move from a presidential regime to a parliamentary system, with two legislative chambers, including a new senate.  The idea of forming a senate was already considered by President Bedie Henri Konan in 1998, but was not included in the current constitution. The establishment of a parliamentary system of government potentially allows Ouattara to continue as head of government as a prime minister. Under the current constitution, Ouattara has to step down at the end of his second and final term. In case the current presidential system is retained, President Ouattara has also indicated the possibility of establishing a post of vice-President, which will lead to an executive with three heads: President, vice-President and Prime Minister.

Perhaps the most contentious issue relates to the eligibility requirements to the presidency. Under the current Constitution, the people directly elect the president for a term of five years, renewable only once. Only individuals who are between 40 and 75 years of age may run for the presidency. Crucially, candidates must be Ivorian by birth “born of a father and of a mother themselves Ivorian by birth”. This last requirement has created numerous controversies and contributed to political crisis and was at the center of the 2002-2003 civil war, which divided the nation into two.

This nationality requirement was initially introduced in an electoral law prior to the October 1995 presidential elections and was broadly understood as targeting the current President, Allassane Ouattara, who had briefly served as a prime minister, whose father was rumored to have been born in Burkina Faso.  Indeed, the provision was relied upon to ban Ouattara’s candidature, whose nationality was “subject to doubt”, in the 2000 presidential elections. Beyond the specific case of the President, the nationality requirements are too restrictive in a “melting pot” country and particularly affect Ivoirians living in the norther and the eastern parts of the country, whose family ties often cross into neighboring Burkina Faso, Mali, Guinea and Ghana. The provision therefore created a sense of exclusion and marginalization. Indeed, the revision of the eligibility requirements for the presidency was part of the 2004 Accra III Agreements, one of a series of agreements intended to end the then political and security stalemate in Cote d’Ivoire.

President Ouattara pledged during the 2015 electoral campaign that he would work towards reforming the nationality requirement. The new draft constitution is likely to propose the deletion of the requirement relating to nationality of a candidate’s parents. Moreover, the reforms will consider lowering the minimum age limit for candidature to the position of the presidency, as has been suggested by traditional leaders. CSOs have also proposed to maintain the current provision on the limitation of the number of presidential terms: one five-year term renewable once. In contrast, some traditional leaders have suggested the allowance of a third term. Religious leaders have requested extension of the consultation period to consider all propositions and submit their views.

The reforms are also likely to strengthen the protection of human rights. For instance, women’s representatives have proposed the constitutional establishment of a gender quota (at least 30%) to ensure the participation of women in all public affairs.

Nevertheless, considering the fact that the reform process was initiated by the President, the Panel of Experts will forward its proposals to the Council of Ministers. According to the draft organic law, the draft constitution will then be published in the Official Journal of the Republic of Cote d’Ivoire. The constitution will take effect if approved in a popular referendum, which may be held, according to the President, as early as in September/October 2016.

Pierre Olivier LOBE is the Director of the Department of Strategic Analysis of the Institute (Think Tank) Association International Afrique Survie (AIAS), and a PhD Candidate in Public Law at the University of Cocody (Cote d’Ivoire).