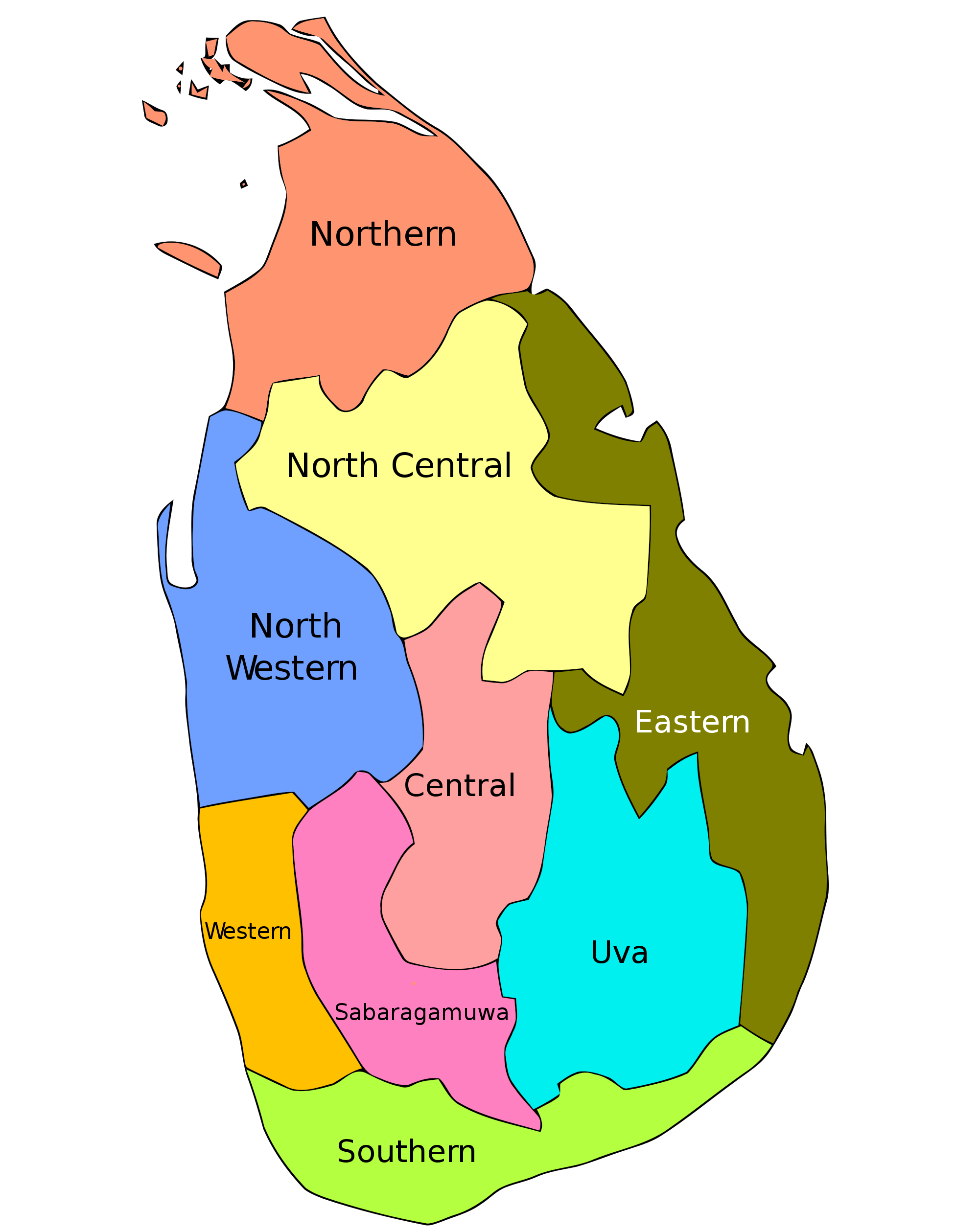 Provinces of Sri Lanka (photo credit: Wikipedia)
<p>Sri Lanka’s Public Representations Committee on Constitutional Reform, which received public representations on constitutional reform in support of the constitutional reform process has recommended to retain the island’s unitary character of the State.</p><p>The government-appointed committee said that its members deliberated at length when formulating recommendations for the nature of the State and came to a compromised position to retain the unitary character of the State, which the Tamils and their political representatives vehemently opposed.</p>
Read the full article here: Ceylon News