Sri Lankan parliament adopts 19th amendment to its constitution, reducing the executive power of the president 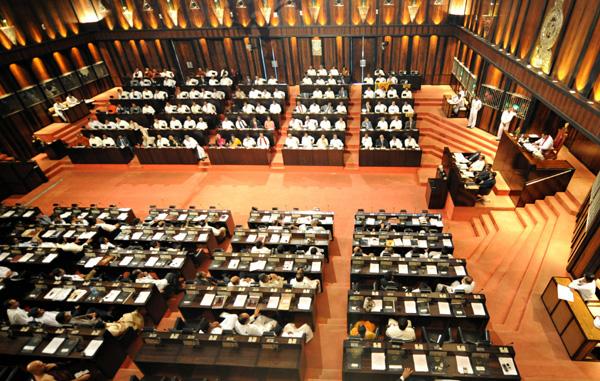 Sri Lankan parliament [photo credit: IAS Paper]
<p>The Parliament of&nbsp;Sri Lanka&nbsp;on April 28, 2015 adopted the 19th Amendment to the Constitution. With the amendment, the power of the Executive President will be reduced and will put into place a Constitutional Council for making key government appointments. The amendment was adopted by two-thirds majority with 212 members in the 225-seat Parliament voting in favour of the amendment and one opposing it.</p>
Read the full article here: IAS Paper