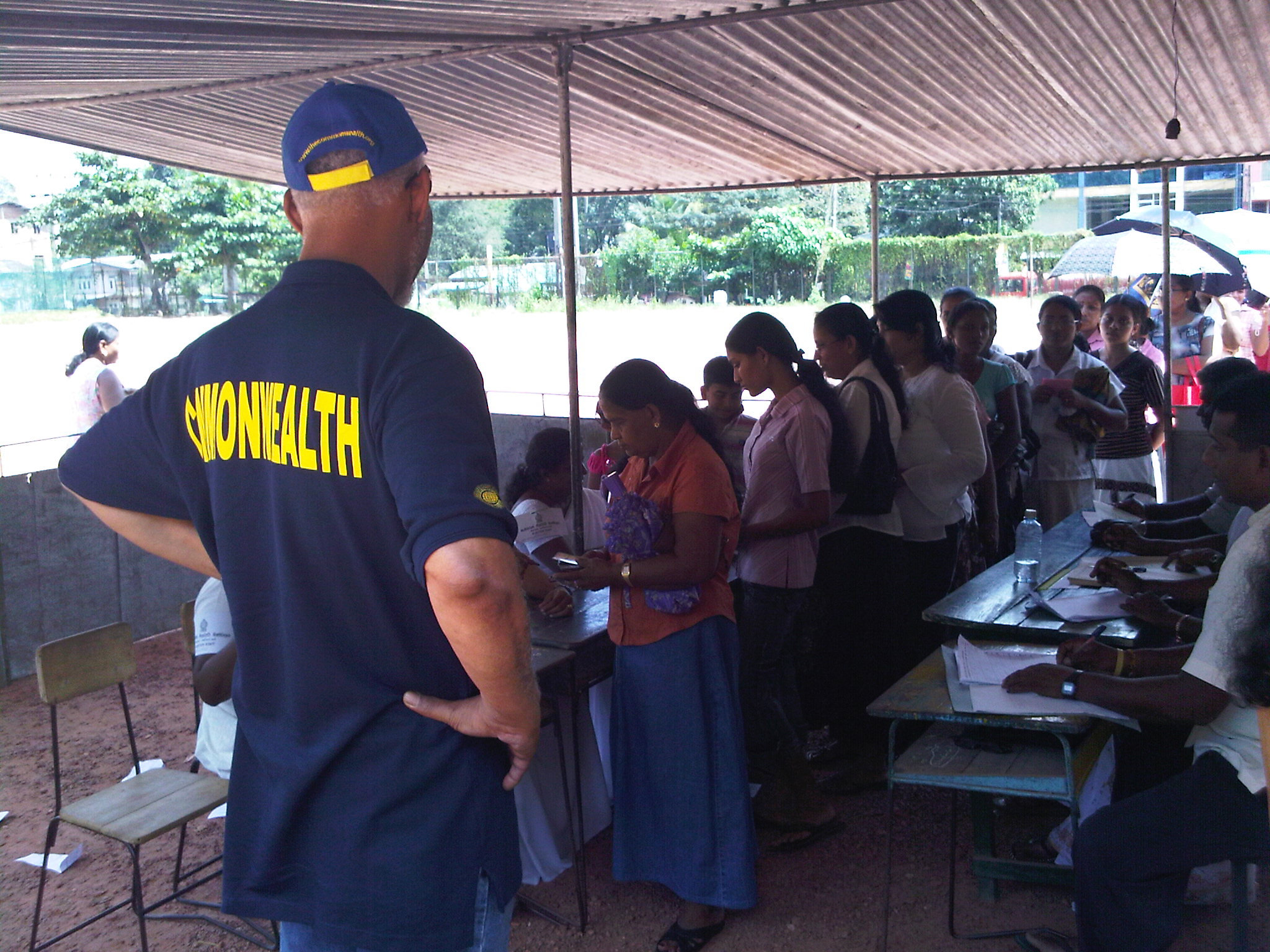 Sri Lankan presidential election in 2010 (photo credit: Commonwealth Secretariat/flickr)
The Election Commission is facing a quandary with the postponement of the 25 April Parliamentary Election, as constitutional provisions make it mandatory for the new Parliament to meet before the lapse of three months from the day of the dissolution of the Legislature. Election Commission Chairman Mahinda Deshapriya wrote to the Secretary to the President Dr. P.B. Jayasundera this week, requesting him to bring this situation to the attention of President Gotabaya Rajapaksa, saying it would be most suitable for him to promptly seek guidance from the Supreme Court in this regard.
Read the full article here: Daily FT