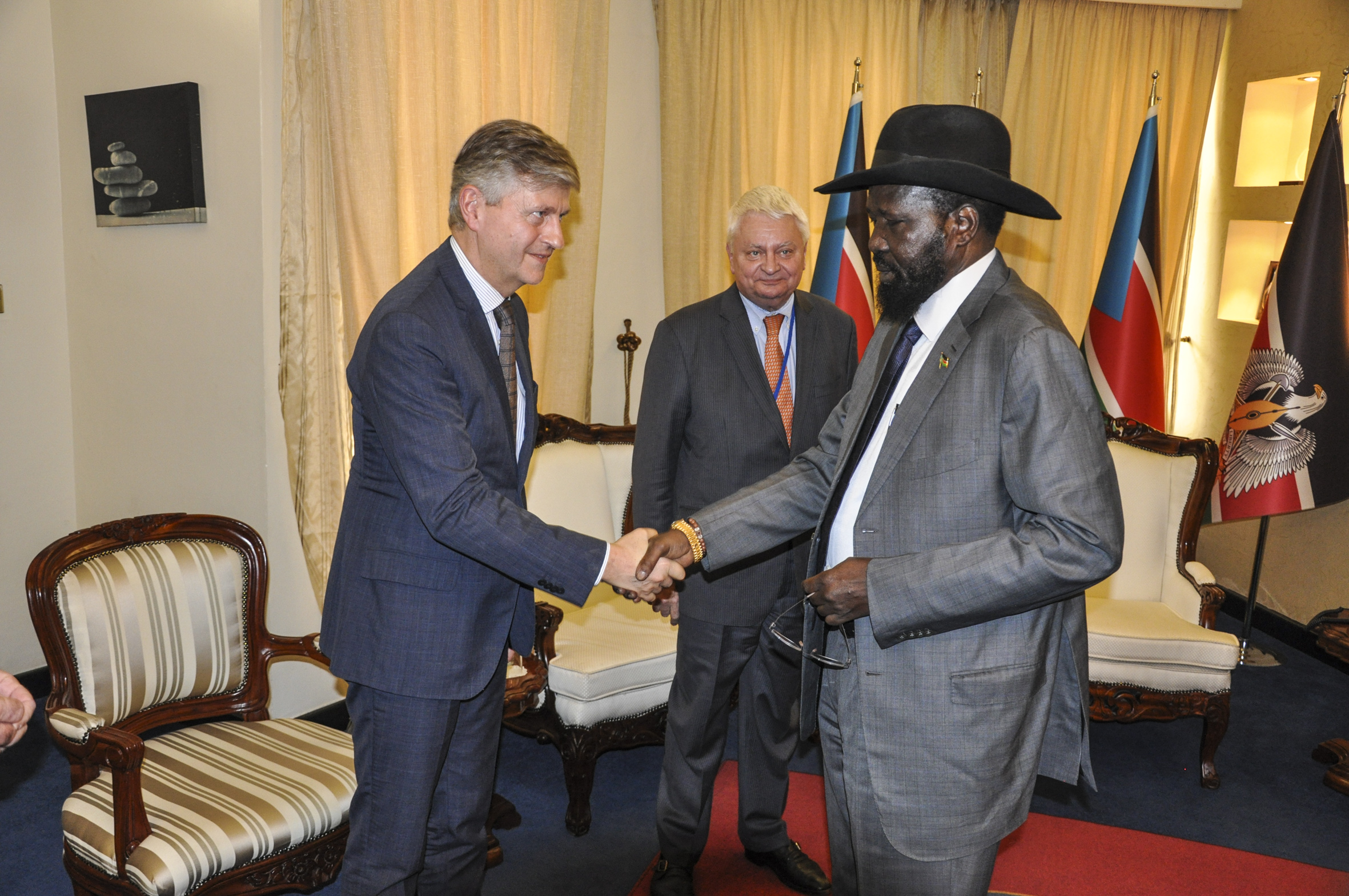 President Salva Kiir of South Sudan (photo credit: UNMISS/flickr)
All resolutions agreed upon at the recently concluded national dialogue conference will be harmonized with the permanent constitution making process provided for in the revitalized peace deal, South Sudan’s President Salva Kiir said. [ . . . ] Delegates at the dialogue conference endorsed adoption of a governance system with limits on the president’s powers, proposed creation of 32 or more states to fulfill the legitimate aspirations of people of South Sudan and proposed that the president’s powers to appoint judges be limited to those appointed by the Judicial Service Commission (JSC), among others. Kiir said the peace agreement should not be replaced with the consensus reached through the national dialogue, but rather use the dialogue as a guide to enrich the forthcoming permanent constitution-making process that the revitalized peace agreement mandates.
Read the full article here: Sudan Tribune