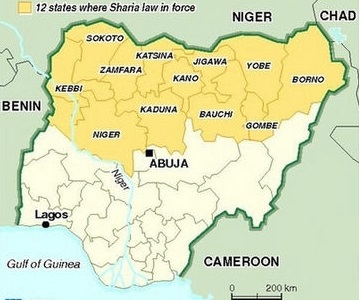 Last month, Muhammadu Buhari emerged victorious from the closest election in Nigeria’s democratic history. The election was found to be largely free and fair, with the incumbent Goodluck Jonathan conceding defeat and urging his crestfallen supporters to vent their frustrations peacefully. The limited post-election violence in Nigeria marks a watershed in a country where election is usually a do-or-die affair. The key to the Buhari win could very well be that the electorate saw the Muslim former military leader as the candidate capable of turning the tide of the Boko Haram insurgency – a must to restore the rule of law and to stabilize the restive North. Already, the president-elect has vowed that his government will “spare no effort” in the battle against Islamist militancy. In his very first speech Buhari stated that “[y]ou shall be able to go to bed knowing that you are safe and that your constitutional rights remain in safe hands.” However, Buhari’s past continues to haunt him.

In February 2015, the president-elect was asked about his stance on Sharia. He assuredly responded that “[t]he problem is that the Nigerian constitution is superior. Sharia is put on the same level with customary laws. Its relevance is limited to inheritance, marriage etc. … So anybody who wants to change the Sharia will have to go and change the Constitution.” While Buhari’s response appears to uphold the supremacy of the Nigerian Constitution vis-à-vis the Sharia, doubts linger about his Islamist agenda. This has been fuelled by recalling his 2001 stance on Nigeria’s secularism and fundamentalist Islam: “I will continue to show openly and inside me the total commitment to the Sharia movement that is sweeping all over Nigeria… God willing we will not stop the agitation for the total implementation of Sharia in the country.” Buhari added that the spread of Sharia is “a legal responsibility which God has given us, within the context of one Nigeria to continue to uphold the practice of Sharia wholeheartedly...” The reactions of many Nigerians to Buhari’s comments were subsumed under a headline from the Nigerian Guardian, which screamed: “Buhari calls for Sharia in all States.” Buhari’s 2001 and 2015 statements mirror the legal controversy that is rooted in the conflict between the secularism provision of the federal Constitution of Nigeria and a number of state laws and practices that allow for the application of the Sharia beyond the sphere of personal laws.

The status of Sharia

Nigeria’s transition from Northern-dominated military rule to a Southern-led civilian regime in 1999 revived fierce debates on what the status of Sharia should be in an independent, secular state. The issue attained even higher importance when Zamfara became the first state to extend Sharia from personal status issues into the domain of criminal justice and to establish Sharia courts with corresponding jurisdiction. After Zamfara showed the way, eleven other Northern states soon followed with similar legislative programmes.

Since Section 275 of the federal Constitution allows for the creation of state Sharia Court of Appeals, it can be argued that the Constitution has implicitly reserved discretion to the states to create their own Sharia courts to act as courts of first instance. However, the constitutionality of extending Sharia into the purview of criminal justice remains questionable. It is certainly the case that Section 4 (7) (a) of the federal Constitution allows state National Assemblies to legislate on “any matter not included in the Exclusive Legislative List” that enumerates the issues falling within federal jurisdiction. However when it comes to the application of Sharia, Sections 262 and 277 qualify this relative legislative freedom of both the federal and state National Assemblies to specific issues of personal law. Any expansion in scope would require constitutional amendment, which under section 9 (2) could only be passed with two-thirds of the votes in the federal National Assembly along with the approval of at least two-thirds of all states. Given that the majority of the states are predominantly Christian, a constitutional amendment on the extension of Sharia would be a hard nut to crack under the present amendment procedure. Nevertheless, against the background of recurrent sectarian violence and contention around the issue of Sharia, the unconstitutional status quo has prevailed in a dozen Northern states.

It has also been argued that the enforcement of Sharia infringes on the rights and freedoms of Nigerians, including the right to move about freely and to be treated equally in their chosen place of residence. Given that the Constitution envisages the application of Sharia only to Muslims, an emblematic example of such infringement is subjecting non-Muslims to Sharia law in the affected Northern states. For instance, Christians have long been punished for such otherwise lawful activities as consuming alcohol due to the prohibition under Sharia. Although non-Muslim Nigerians in the affected Northern states continue to hold the same citizenship as their counterparts in the other 24 states, in practice they are unable to enjoy their rights and freedoms equally, for instance when women are prohibited from sharing taxis and buses with men.

From a more holistic perspective, the adoption of Sharia appears to contradict article 10 that proscribes any State religion. Especially as the Constitution not only declares the secularity of the Nigerian state but in Section 1 (3) also affirms the supremacy of the federal Constitution over “any other law [that] is inconsistent...” with it.

The Unification of State and Religion under Sharia

Aside from igniting lethal sectarian violence, the extension of Sharia has spawned continued debate regarding the constitutionality of Sharia implementation in Northern Nigeria.

The adoption of stringent Sharia codes in the North was the culmination of nearly four decades of Muslim pressure for the implementation of the Nigerian law in the spirit of Sharia within the judicature and general constitutional design of the federation. On the one hand, some have argued that the implementation of Sharia was an effort aimed at pacifying a section of Muslims – the “conservatives” – who had regularly agitated against the secular nature of the Nigerian state and, instead, called for the unification of state and religion in Northern Nigeria under Sharia. This view, however, does not enjoy popular support among “liberal Muslims” who insist that their religion does not require converting Nigeria into an Islamic state.

The Sharia debate has been partially mediated by its incorporation into the wider, unsettled debate about constitutional reform in Nigeria. In fact, the quest for constitutional review has brought to light the polarized Christian and Muslim positions on the Sharia controversy. On one hand, Christians have favoured constitutional reforms that would affirm the secularity of the Nigerian state and further limit the current recognition of Sharia courts. Some Muslims, on the other hand, have called for Sharia-enhancing constitutional amendments, including,  (a) restoration of sub-unit political autonomy to the level attained under the First Republic; (b) creation of Sharia courts in all 36 states of the federation (rather than just the North) to meet the needs of Muslims in the South; (c) explicit grant of unlimited jurisdiction to the Sharia Court of Appeal; (d) establishment of the Federal Sharia Court of Appeal (FSCA); (e) and a broad constitutional recognition of Sharia as a legal and ideological system of its own, as an alternative to or coequal with the “imposed” western legal and ideological system.

What will the Buhari era bring?

In light of Buhari’s sweeping electoral victory in a competitive campaign that has been hailed as a “milestone for the advance of democracy on the continent,” the ongoing debate  on the appropriate constitutional status of Islamic law is likely to remain a key factor as Buhari assumes the mantle of leadership of a country plagued by Islamist insurgency. If Buhari’s earlier stance on the extension of Sharia is anything to go by, his presidency will bring about substantive constitutional changes in Nigeria. Already in 2003 Buhari, then presidential candidate of the All Nigeria Peoples Party (ANPP), was prepared to stake his personal credibility and political future on the extension of the application of Sharia to criminal offences. The belief, apparently, was that such an extension would control the issue of corruption and abuse of power that continues to undermine the existing criminal justice system. Despite Buhari’s current assurances about the limited reach of Sharia, it remains to be seen whether the former military ruler will keep his promise to have the constitutional rights of Nigerians in “safe hands.”

Daniel E. Agbiboa is currently at an advanced stage of his doctoral candidature in International Development at the University of Oxford, England. He works as a consultant and expert country assessor for the African Union Commission and Transparency International, UK